Will South Korea End its Dog Meat Trade in Time for the Winter Olympics?

South Korea is the only country in the world known to commercially farm dogs to supply the nation’s demand for dog meat and associated products. Thousands of farms are located throughout the peninsula, ranging in size from small, backyard enterprises to huge farms housing thousands of dogs. The animals are bred during the winter months and are transported to dog meat restaurants, markets and slaughterhouses in the summertime when the consumption of dog meat is most popular.

Regardless of the size of the farm, the pitiful conditions and the immense suffering of the animals is the same. Dogs are raised in small, filthy, barren cages, with no reprieve from hunger or fear. They are denied even basic veterinary care and have no protection from Korea’s harsh winters and sweltering summers. The dogs are treated as a “commodity” and the farmers aim to keep them alive until they are slaughtered at around one-year-old.

In South Korea, there is a widely-held belief that there are two “types” of dogs: “meat dogs” raised for consumption, and “pet dogs” raised for companionship. But this myth is deliberately promulgated by the industry and the government to appease a nation where pet ownership is rising exponentially. Increasingly more people in the country are speaking out about the consumption of dogs, and there is a growing unease surrounding the concept of eating a ‘companion animal’.

The reality is that all “types” of dogs end up being raised and slaughtered for their meat, including abandoned pets and surplus dogs produced for the pet industry. A dog’s fate ultimately depends on where the greatest monetary value can be attained. 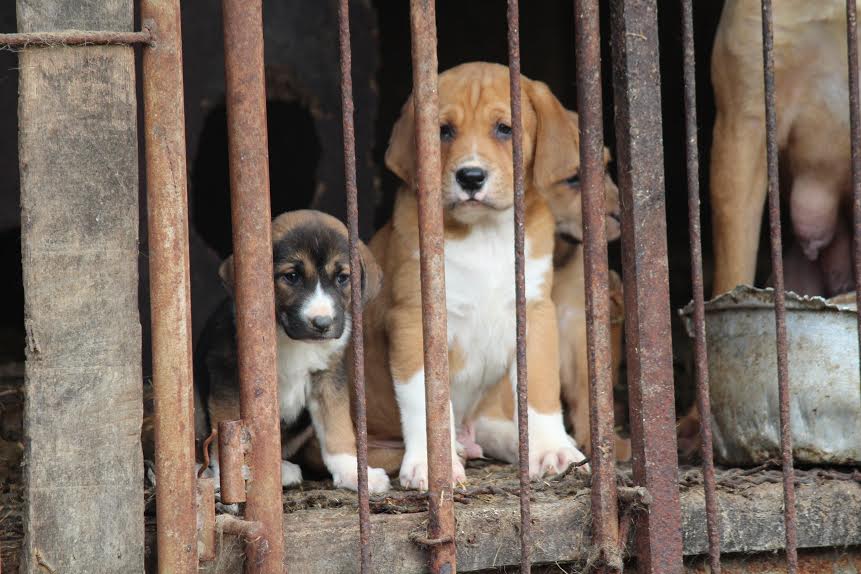 South Korea Set to Host the Next Winter Olympics

Change For Animals Foundation (CFAF) is fighting hard to ensure public, political, and industry support for an end to the dog meat trade in South Korea. We have spent much time working at the vanguard of the issue and are aware that the circumstances facing the country over the next couple of years will boost momentum to our campaign for a complete ban on dog meat.

In just two years’ time, South Korea will be hosting the next Winter Olympics in Pyeongchang, and the consumption of dog meat will inevitably be an issue of national and international contention. Some groups and individuals have begun online petitions that call for a boycott of the 2018 Games, and this kind of opposition is likely to grow over the coming months. However, attention of this nature is not new to South Korea – its policy on dog meat was a focus during the run up to and period of the 1988 Seoul Olympics and the 2002 Korea-Japan World Cup.

The head of the organizing committee for the 2018 Games, Kim Jin-sun, has interestingly said that the question of dog meat “…cannot be raised at Games time because there is no practice of eating dogs in Korea.”

Given that South Korea slaughters over two million dogs for meat every year, Mr Jin-sun’s comment reflects the significant unease associated with this increasingly divisive issue. While some defend dog meat eating as part of Korea’s “culture” or “tradition,” many people in the country fiercely refute this claim, especially in light of the mounting evidence of animal suffering as well as human health concerns often raised.

The shift away from dog meat is also being felt within the industry. Over the years, CFAF has met with countless dog farmers and traders, and none of them has expressed pride in being associated with their trade. Yet each of them has stated their desire to leave the dog meat industry, citing family and societal shame and expressing remorse for the dogs who have suffered at their hands. 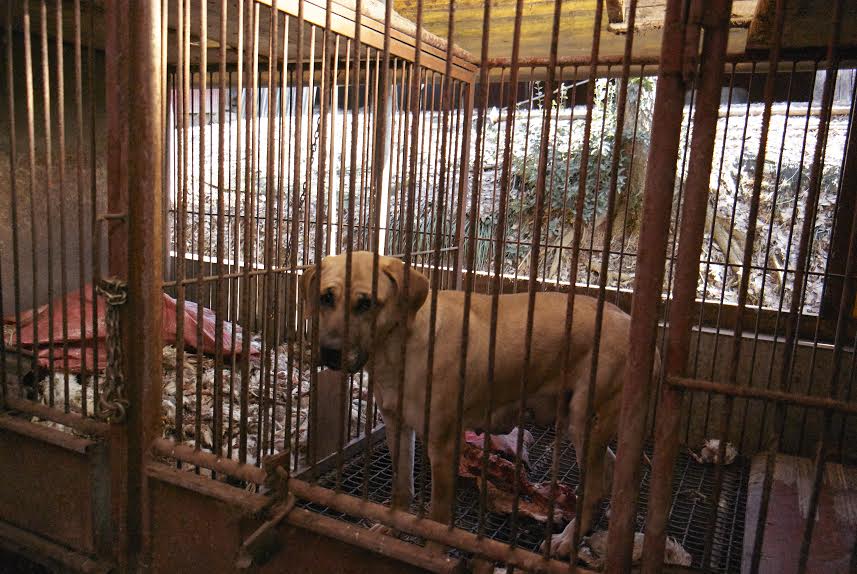 Despite its scale, the dog meat industry sits in legal limbo in South Korea. It is unmonitored, unregulated and, at the same time, unaccepted by many. Regulation would only serve to permit this horrific suffering, and would be out of line with the growing societal discontent. And regulating the industry would make South Korea the first country in the world to officially legalize the production, sale and slaughter of dogs for human consumption, putting it at odds with others in the region that have prohibited dog meat on grounds of animal welfare and human health.

Humanity has the opportunity to stop dogs from becoming another species intensively farmed for human consumption – a chance to save them from the indignity and cruelty already being endured by hundreds of millions of other “farm” animals each year under permitted livestock practices. CFAF is pushing the South Korean government to finally take decisive action to permanently end the production, sale and slaughter of dogs, and, given the changing attitudes in the country and the forthcoming Olympic Games, this time they might be more willing to act.

An End in Sight?

We know that change is the most effective when it comes from within, so CFAF refuses to point fingers and condemn. Instead, we are committed to working with those in the industry who want to bring the trade to an end, to facilitate the permanent closure of their farms, saving and rehoming as many dogs as we can. By showing industry workers that they can set up alternative humane livelihoods and by uniting our calls to the government for practical support to end the trade, we will achieve an end to the dog meat industry.

At the same time, Change For Animal Foundation is also raising public awareness of animal cruelty and showing that all “types” of dogs are equally deserving of compassion and protection from abuse. The growing animal rights movement in South Korea is further proof that this societal change is manifesting. Change For Animals Foundation launched the public awareness anti-dog meat campaign with CARE and Animal Guardians in July 2013. 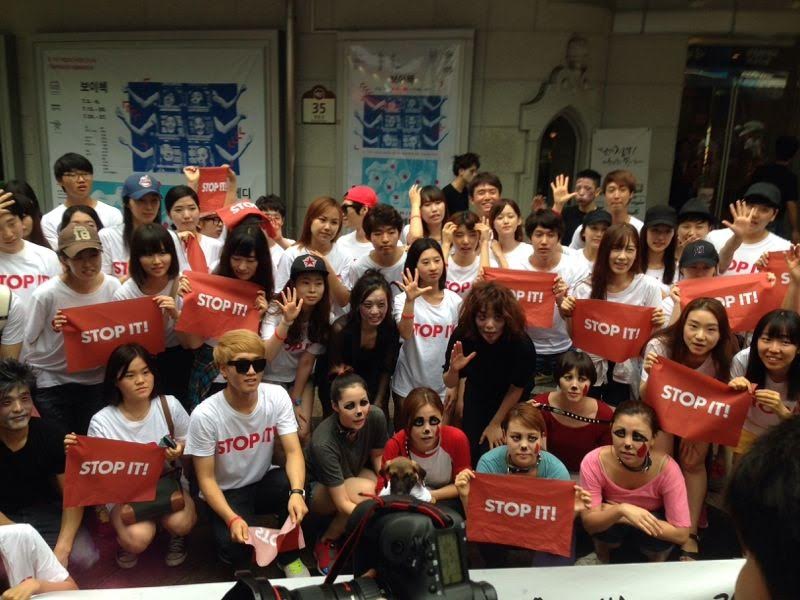 The dog meat campaign requires perseverance and resilience. Utilizing the opportunity that the Olympics in Korea brings to shed light on and, hopefully, permanently end the industry is a chance we cannot miss. We owe it to all the animals suffering to keep going until we achieve an absolute victory.