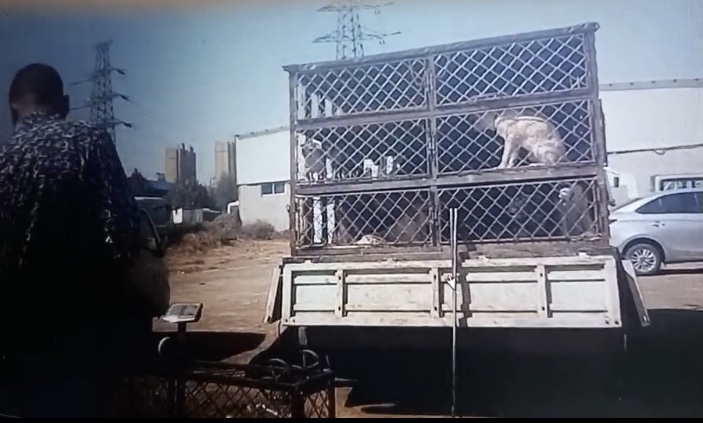 NoToDogMeat reports that smaller trucks are being used to transport dogs to the cruel Yulin Dog Meat Festival that’s planned illegally for later in June. While city officials put rules in place to ban the festival, it’s still going ahead.

Activists stopped one truck and rescued dogs inside. NoToDogMeat is using legal loopholes to help dogs get away from this harmful practice. Trucks not carrying required documentation usually hand over the dogs to the animal charity.

Julia de Cadenet, CEO of the NoToDogMeat charity, which she started in London ten years ago, said in an emailed statement, “So far the trucks have only been small, which says to us that they are trying to hide the fact that dogs are being transported. Yulin authorities have made clear that the live slaughter of animals is now illegal and people will face big fines. We are calling on them to urgently enforce this new law. All of our reports will go to the Chinese Ministry of Agriculture, who have declared that dogs are friends not food.”

According to Humane Society International (HSI), over 30 million dogs annually are killed in Asia for their meat. Dogs are being butchered in Yulin right now, including puppies.

The Yulin Dog Meat Festival is set to begin on June 21, 2021, which will result in the slaughter of thousands of dogs. Many are strays taken from the street and even stolen pets. These poor dogs are tortured, deprived of food and water, and eventually slaughtered to be sold as food. They suffer in crowded, unsanitary trucks, cages, and back-alley slaughterhouses for days before the festival, often causing illness and death. Sign this petition to implore the Chinese Government to cancel the Yulin Dog Meat Festival!