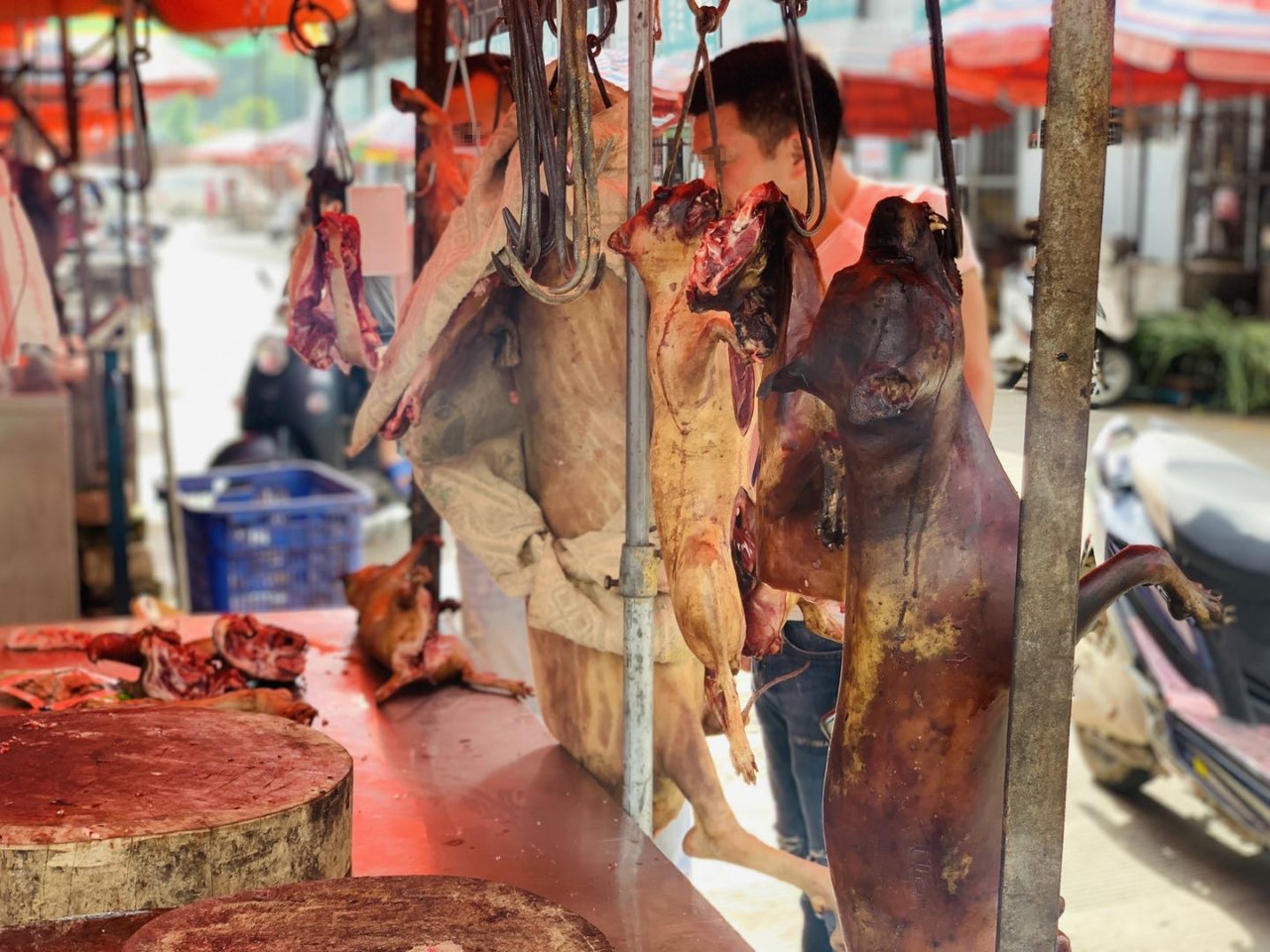 Animal activists in China are calling on the government to stop the annual dog meat festival in Yulin. The festival is still planned for later in the month, the weekend of June 20 and 21.

In an emailed statement, Humane Society International (HSI) shared that they rescued friendly and innocent puppies in a market and filmed traders butchering carcasses, in violation of last month’s government statement that dogs will no longer be considered livestock.

Dr. Peter Li, China policy specialist for Humane Society International said in an emailed statement, “The Yulin authorities may want to keep a closer eye on all the dog meat trade activity by centralising it more or less at one market, possibly because of the increasingly controversial nature of the dog meat business. While some traders told the activists they were doing as much business as possible to make up for lack of sales from January to March due to the coronavirus, others reported that it is now harder to acquire live dogs from outside Guangxi province due to the government’s crackdown on trans-provincial animal transport. Instead of the huge slaughter trucks of previous years bringing in thousands of dogs at a time, they say it is more common now to see small truckloads of mostly locally sourced dogs from nearby towns.”

Watch this video about the Yulin Dog Festival:

According to HSI, over 30 million dogs annually are killed in Asia for their meat. Dogs are being butchered in Yulin right now, including puppies. Activists rescued ten puppies this year from being eaten at the festival!

One of the rescuers, Jenifer Chen, told the Daily Mail, “I can’t believe that anyone would even want to eat these adorable little darlings.My hands were trembling when I took the first puppy out of the cage. He kept licking my hands, and unbeknown to him I could easily have been a dog meat eater.”

Sign this petition to end the Yulin Dog Meat Festival!