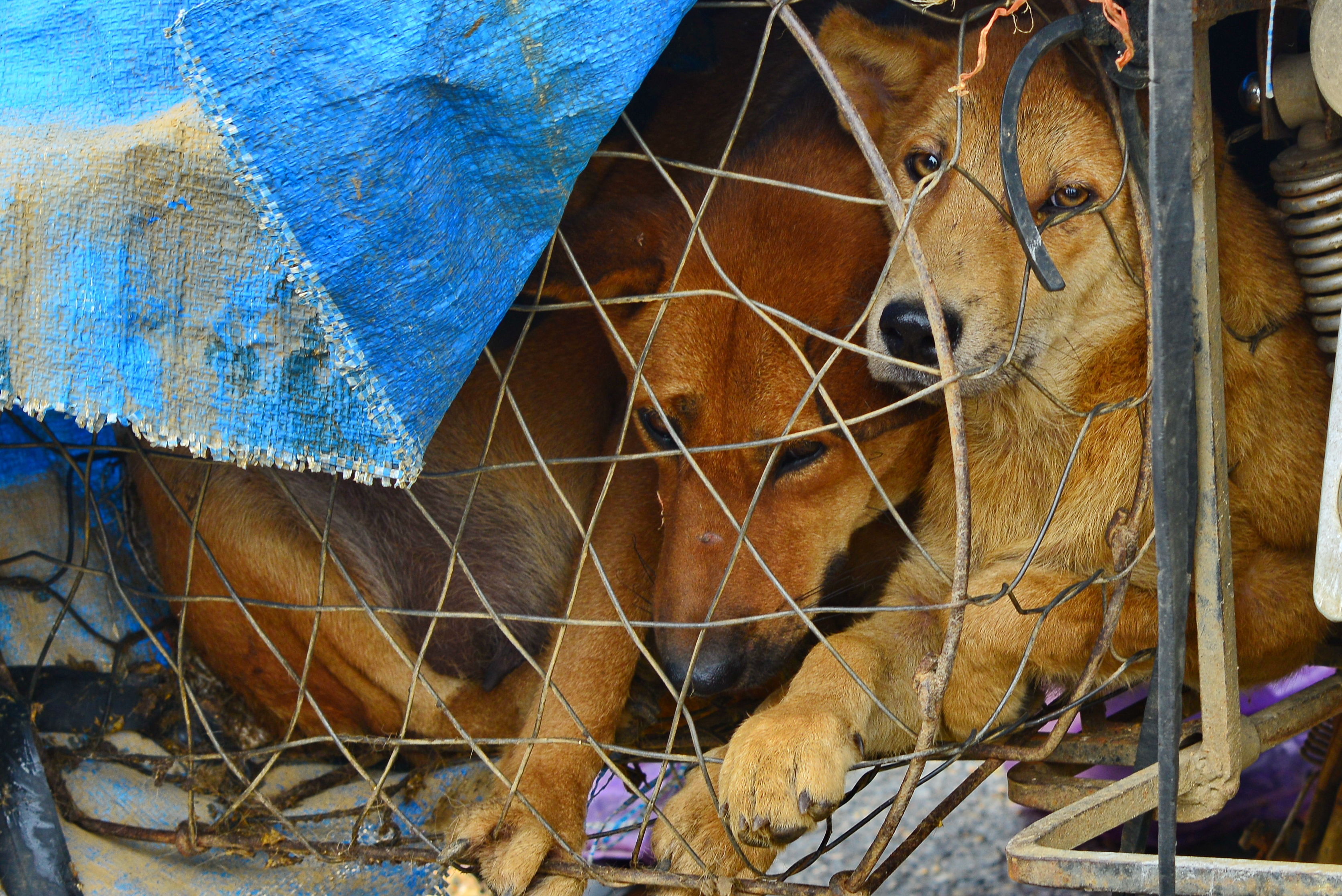 The Yulin Lychee and Dog Meat Festival is a celebration of the summer solstice in which people gather to eat lychee and dog meat. It is known around the world as the Yulin Dog Meat Festival. For many years, animal rights activists have tried to put an end to the cruel festival which slaughters thousands of dogs, most of which are beloved pets stolen from their families. With the summer solstice just around the corner, it’s even more important to continue spreading awareness and urging authorities to end this cruel event!

Stealing family dogs is cruel as it is, but the ways the dogs are slaughtered are even more heartbreaking. It’s believed that adrenaline makes the meat taste better, so dogs are tortured before being killed. They’re dragged from their cages, bludgeoned, or stabbed in the neck. Sometimes, they’re hung or electrocuted.

There are rumors every year spreading the false news that the festival has been canceled, but sadly it continues. These rumors come from other victories regarding dog meat. For example, South Korea recently closed down their notorious Gupo dog meat market. China has also been making progress towards the status of dogs in the country. Recently, legislation was proposed that would classify dogs as companion animals and give them more protections. Not to mention, many Chinese people do not support or want this festival to take place. Close to nine million people voted online for proposed legislation to end cat and dog meat eating.

Each year, the Yulin festival seems to reduce in size. At its height, 10,000 to 15,000 dogs were slaughtered but by 2014, that number dropped to between 2,000 and 3,000. The Yulin government has also stopped sanctioning the festivals as well as banning certain restaurants from selling dog meat. However, this festival needs to end.

If you stand against this cruel tradition, sign this petition urging Chinese President Xi Jinping to stop the Yulin Dog Meat Festival.