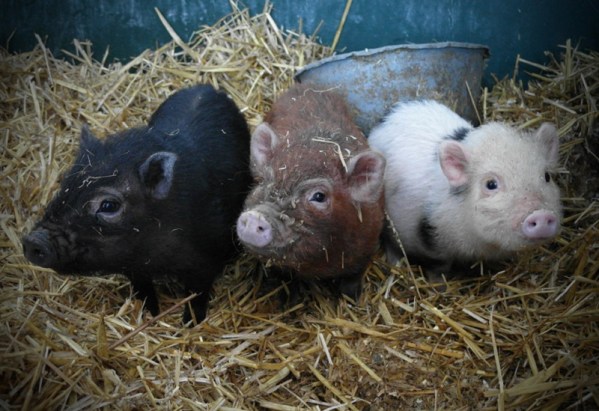 Pigs are all-too-often overlooked as “cute” or “loveable” due to a common misperception that they’re dirty, greedy, and noisy animals. But the truth is that pigs are pretty adorable and they can be as friendly as the average cat or dog. Unfortunately, most domesticated pigs are raised as livestock for leather and meat, with few living past the age of six months, when they’re sent to slaughter. Despite their emotional awareness, intelligence, and sensitivities, pigs are seen as bacon, gammon or sausages, and remain to be one of the most abused animals in the world. Over 100 million pigs are raised and slaughtered in the United States alone each year, most of whom are born and raised in intensive factory farming operations.

If left to their own devices, even domesticated pigs would build communal nests, snuggling up together when cold or sleeping, looking after each other to ensure everyone is cared for. Considered to be the most intelligent domestic animal alive today, pigs are also naturally curious, joyful, and loyal.

We’ve found five amazing stories of pigs that are worth getting excited about, reminding us exactly how incredible these animals are! 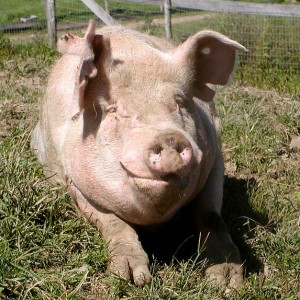 As part of a veterinary training program at Cornell University, pigs were used to assist students in their learning, and at the end of the training the pigs were sent to auction. The students were distraught at the prospect of these animals being slaughtered and bought them at the auction to save their lives. The pigs initially lived at a sanctuary in Pennsylvania, which unfortunately had to close a few years ago, since when the last four lived at Catskill Animal Sanctuary. Jangles is the last of these four pigs to remain and continues to live a life of freedom, after having been saved by a compassionate and respectful student.