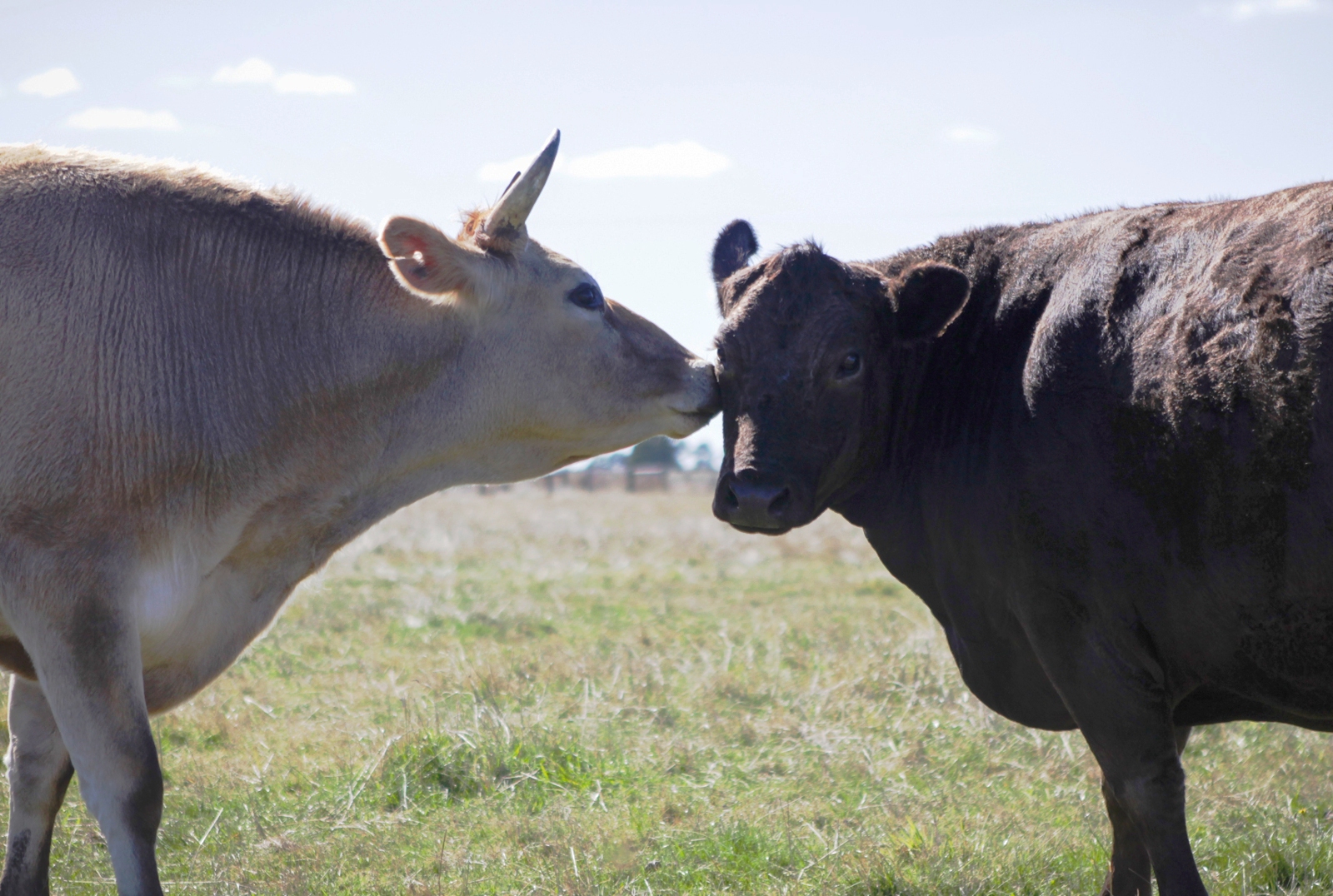 In the animal agriculture world, farm animals are looked upon as commodities that can be used, bought, sold, and slaughtered without a second thought for their personal comforts, desires, and dislikes, let alone their overall emotional and physical well-being.

However, sometimes, a few animals that were part of this massive system (which slaughters billions each year) get lucky and end up falling into the life they have always deserved – one marked by love, freedom, and endless comfort and care.

Hansel and Gretel are two of these lucky animals. Born on dairy farms, their lives would have looked different – grimmer — had they not been rescued by Edgar’s Mission Farm Sanctuary in Willowmavin, Australia on a faithful day back in early January 2010. 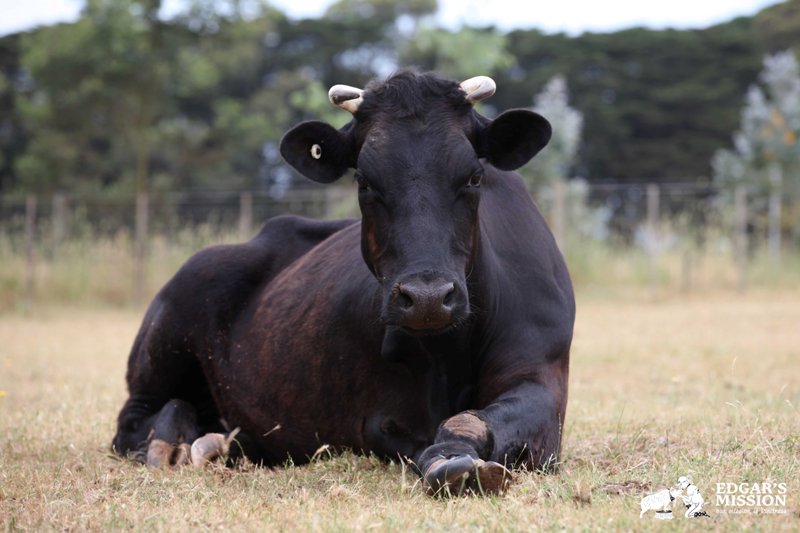 As Edgar’s Mission Kyle Behrend tells OGP, Gretel “was the result of a deliberate mating between her mum, a fresian dairy cow, and a bull in order to cause the mother cow to lactate.”

Since dairy cows must be pregnant in order to produce milk, most are forced into mating and pregnancy but are rarely allowed time to raise their young. Instead, their babies are taken away from them soon after birth and they become herd replacement animals, as is often the case for females, or are sent straight to slaughter – a fate ultimately destined for them all.

Thankfully, Gretel’s farm owners were kind souls who immediately saw Gretel’s fighting spirit as she was born into the world with only three legs. 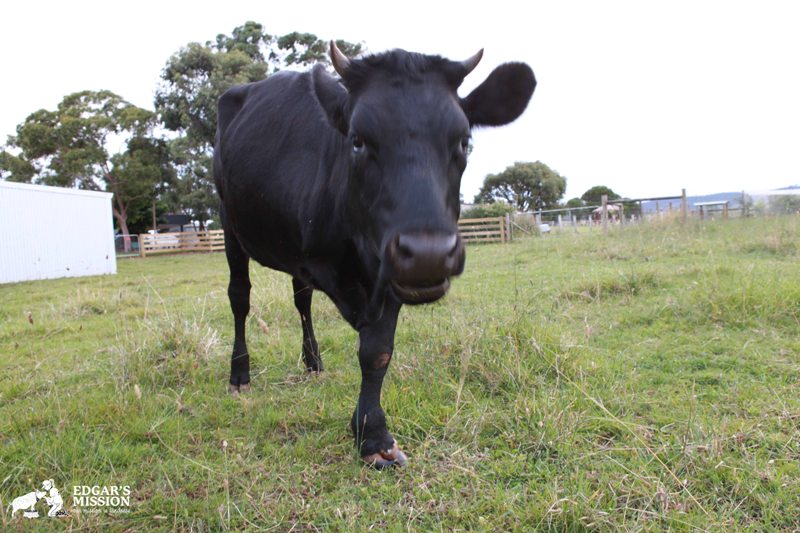 “Being born with only three legs would normally have been a one way ticket to death, but Gretel’s gritty determination to get about and thrive really stuck a chord with the farmers,” Behrend says.

To give her a real chance at life, Gretel’s farmers called on Edgar’s Mission to come in and rescue her. When sanctuary staff arrived at the farm, they were greeted by a happy and eager girl but they knew she would soon slip into loneliness – a thought that prompted the rescue of male calf, Hansel, who would soon become her best friend. 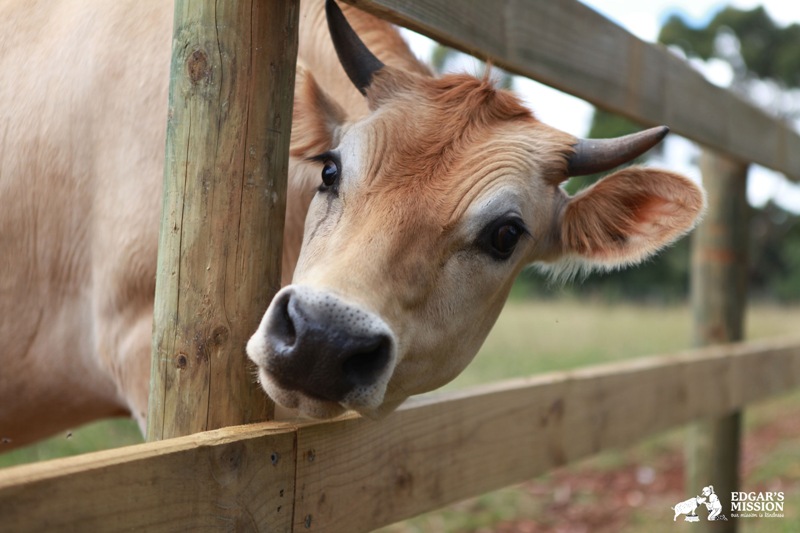 “It just so happened that we contacted a dairy farmer to see if he had a calf who would otherwise have been killed and dear little Hansel had just at that moment been born,” Behrend tells us. 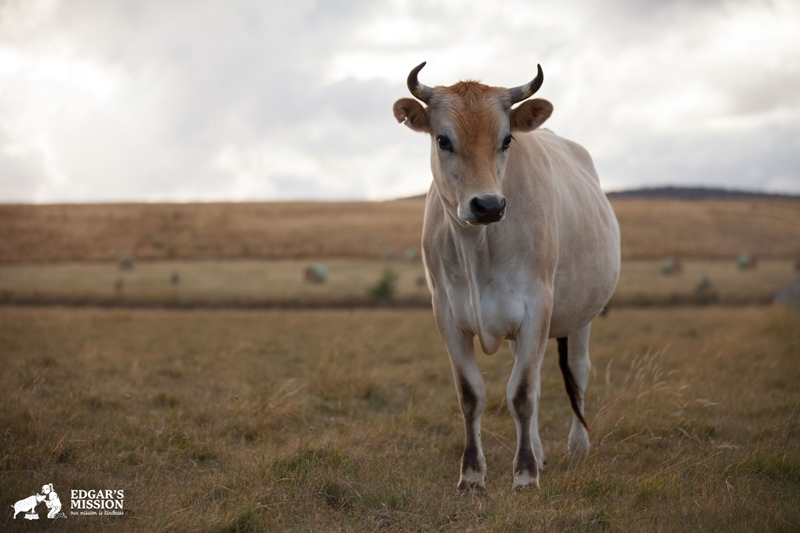 Upon leaving Gretel’s former residence, Edgar’s Mission stopped at Hansel’s farm to pick him up at just a few hours old.

When the rescue truck stopped to refuel for the ride back to the sanctuary, staff members peaked into the attached horse carrier to see how they were doing, which is when they came to have their respective names.

“When we peered over the back of the float, we were greeted by two of the most innocent faces you have ever seen looking back at us in wide eyed wonder. It was in that moment that their names immediately sprang to mind, Hansel and Gretel, two little lost children finding their way home to an entire new world of kindness,” Behrend says. 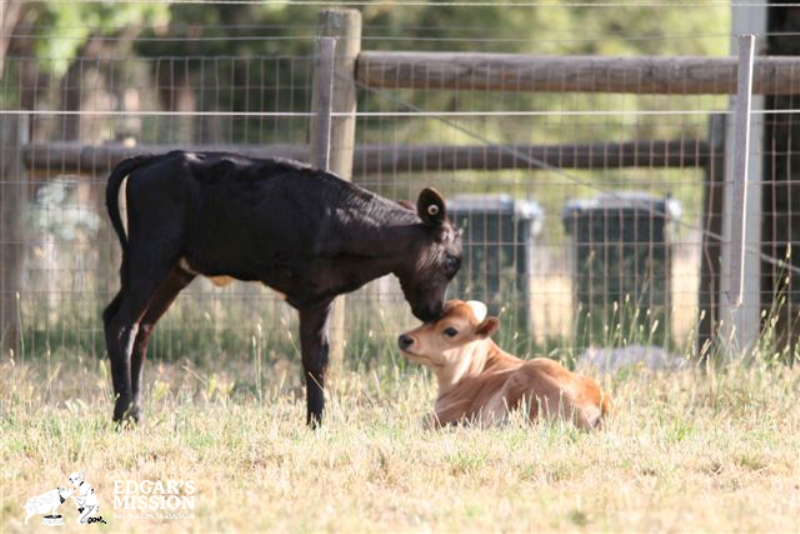 Once the two finally arrived at the sanctuary, young Hansel was especially weak and tired from the journey. However, as time progressed and both Hansel and Gretel received the boundless love, care, and attention they deserved, they grew into the gentle, loving individuals they are today. 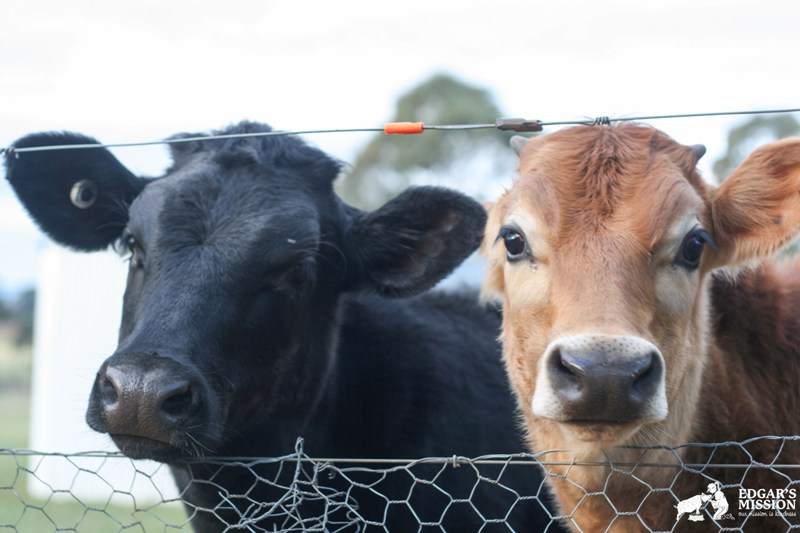 As Behrend tells OGP, “Even today, Hansel thinks he is still that tiny little calf he once was. However, as this huge 800 kg. (1,764 lb.) steer comes bounding up to you and does a little happy dance, we tend to think differently.  Hansel has always been a bit of a clown, loving to stick his big raspy tongue out and explore your face or handbag. Gretel on the other hand is more shy and reserved and is an incredibly placid and friendly girl.” 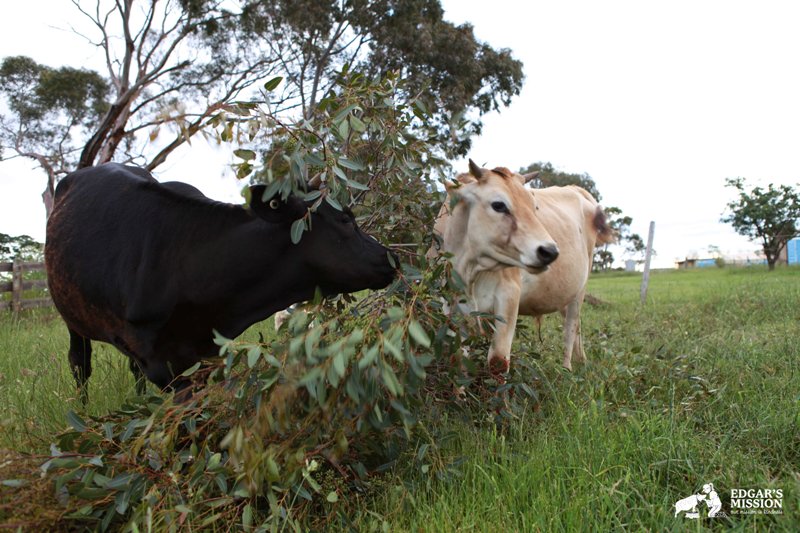 Yet, even with their distinct personalities Hansel and Gretel remain the very best of friends, enjoying their freedom on Edgar’s Mission vast acres together.

“Hansel and Gretel truly love one another and will call out and get upset if the other goes out of view.  With each new day they remind us that every creature on the planet simply wants their place in the sun.” 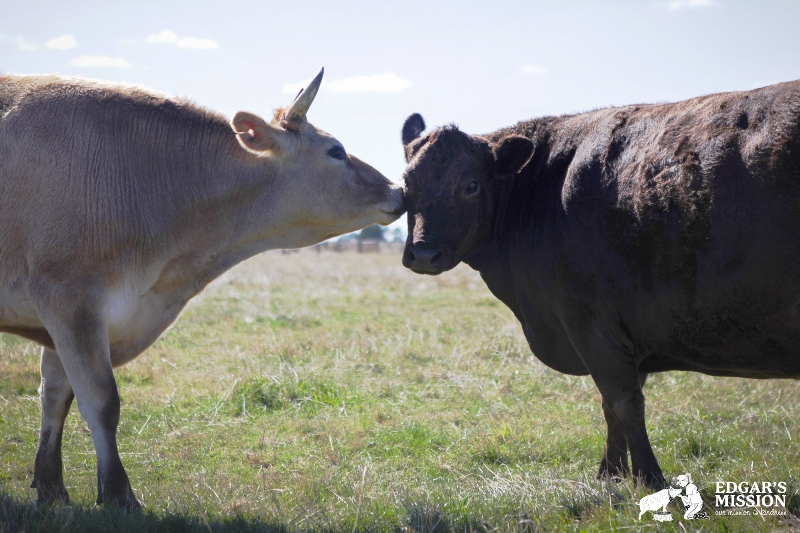 To find out how you can help Edgar’s Mission carry on with their amazing rescues and animal care, please click here for additional information.