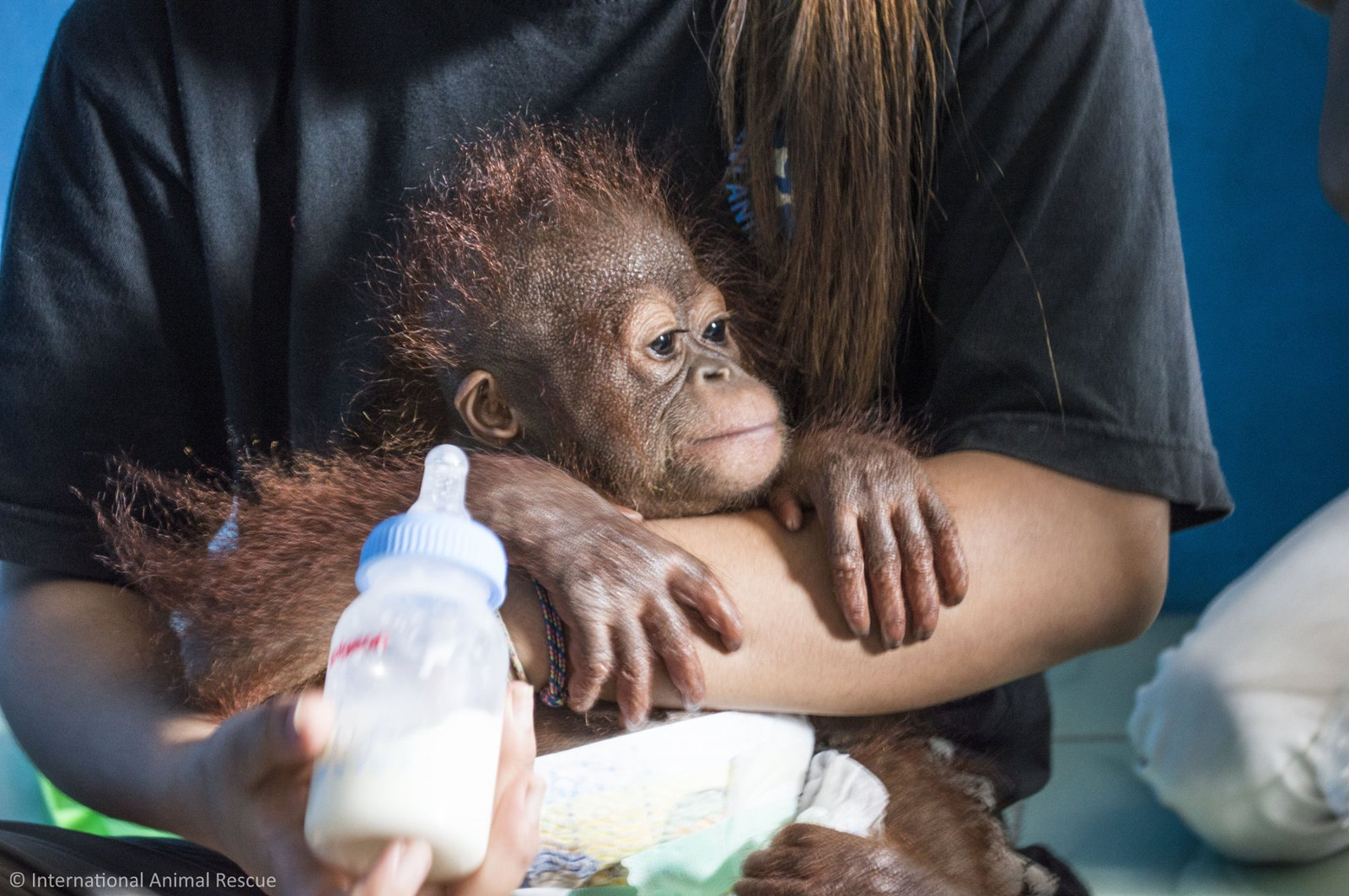 Vena, an eight-month-old orangutan, should still be in the arms of her mom in the forest of Borneo. Instead, she’s living in quarantine at a rehabilitation center in Ketapang, being cared for by humans, and clinging to any maternal figure she can find.

Last month, this little one was rescued from a village in Indonesia by the nonprofit International Animal Rescue (IAR) after being kept as a pet for three months. Orangutans are typically inseparable from their mothers for the first six to eight years of their life so rescuers believe Vena was snatched after her mother was killed.

As heartbreaking as Vena’s story is, it’s not uncommon. She is just one of many victims of the illegal wildlife trade and sadly, her tragic fate may be tied to the snacks we eat every day. 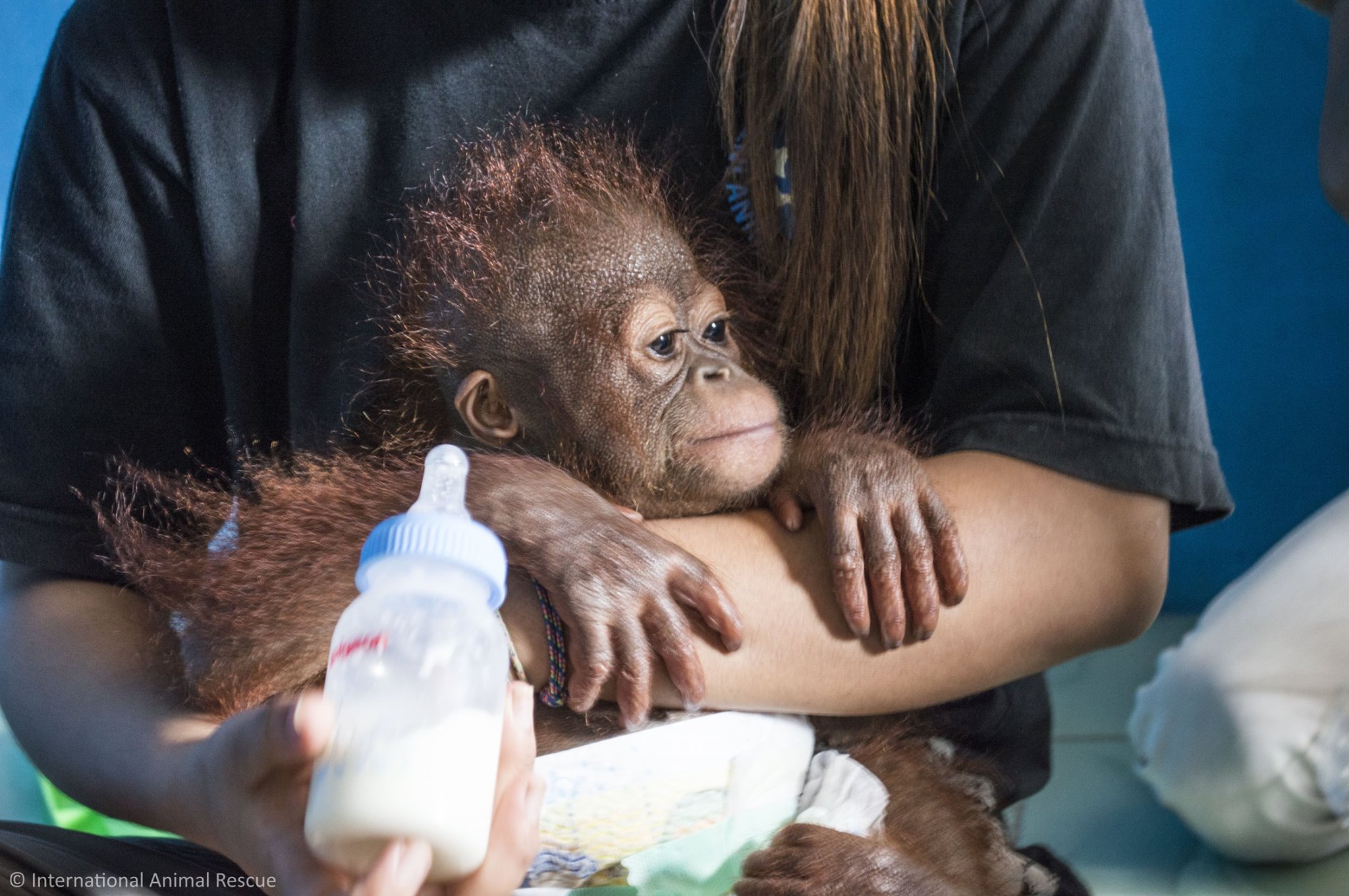 Palm Oil and the Pet Trade

Although it is illegal, the orangutan pet trade is flourishing on the Indonesian islands of Sumatra and Borneo and it is largely enabled by the palm oil industry.

Palm oil can be found in around 50 percent of consumer goods, so the demand for this cheap, shelf-stable oil is incredibly high. It’s estimated that around 300 football fields of forest in Indonesia are clear-cut to make way for palm oil every hour – which spells a very real disaster for orangutans who make their homes in these trees.

Without a place to live or find food, these apes are forced to wander into nearby villages and plantations to avoid starvation. Tragically, when these orangutans come into contact with villagers or plantation workers, they are subject to either being shot on the spot for stealing crops or captured and sold into the exotic pet trade. If it is a mother and baby who happen to be in the wrong place at the wrong time, the mother is killed and her newly orphaned baby is then sold off. We must emphasize the point that orangutans share around 97 percent of the same DNA as people and the bond between a mother orangutan and her child is extraordinarily similar to that of a human mom and baby. Knowing this, you can only imagine the trauma and pain the poor baby is forced to endure.

Sadly, this is most likely what happened to Vena. With the average selling price for a juvenile orangutan totaling out to around $20,000, we can see what would motivate such a malicious act. 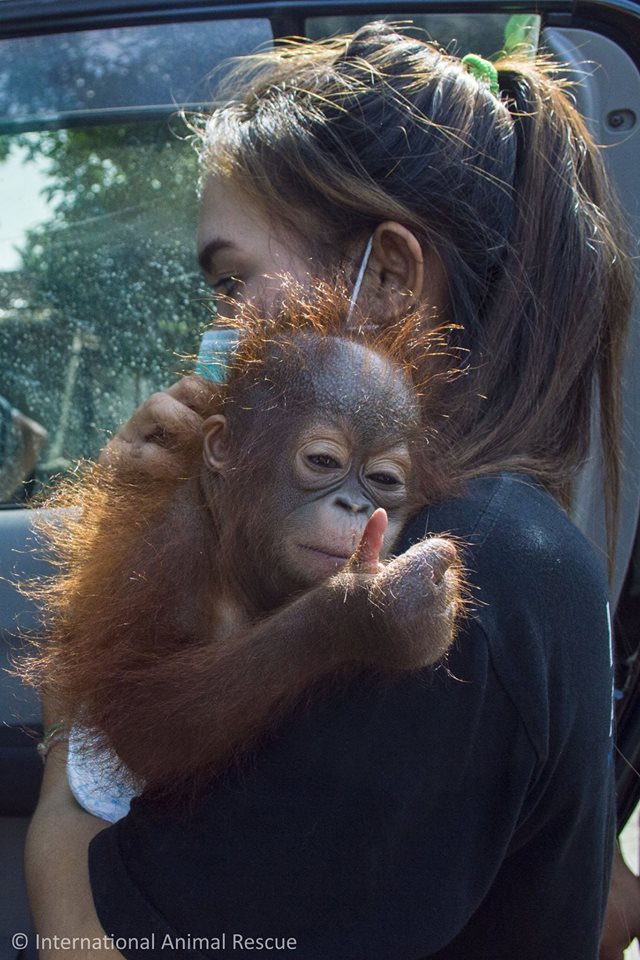 Why Orangutans Should Never Be Kept as Pets

Observing the obvious: orangutans are wild animals and they always will be. They’re not like a cat or a dog you keep in your home and take for walks. Orangutans are wild creatures with extensive needs that cannot be fulfilled by the average human, or any human for that matter. Even specialized orangutan carers, like the ones looking after Vena, can never replicate that of her mom or provide her with the specific needs the wild could – which is exactly why their primary goal in caring for young orangutans is getting them to return to the wild. 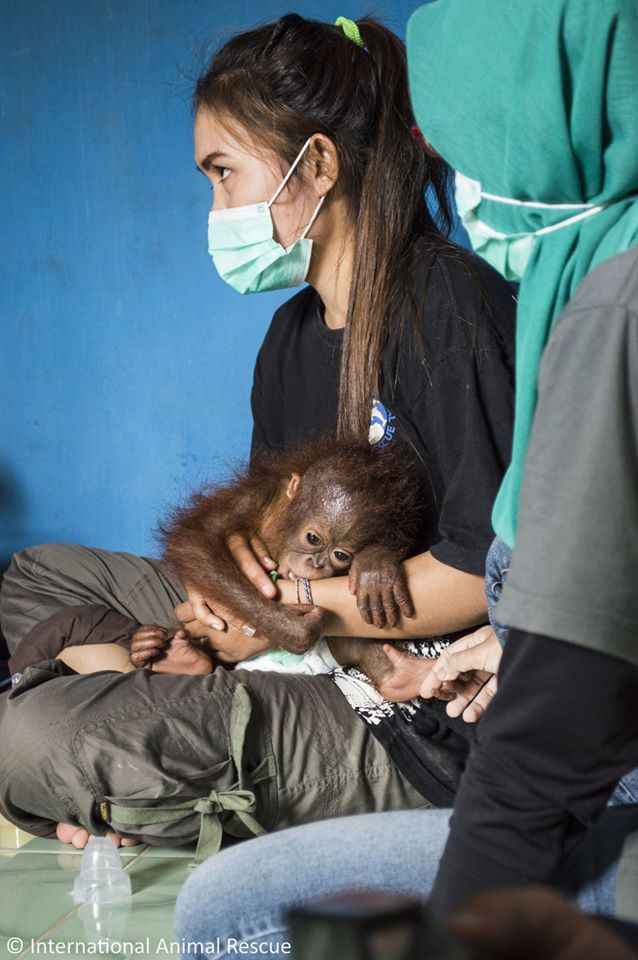 “It takes a long time and it is not always easy to rehabilitate an orangutan and prepare it for release back into the wild,” says Adi Irawan, a vet and operations manager at IAR’s orangutan center. “Baby orangutans require years to learn all the skills they will need to fend for themselves in the wild.’’

For this reason, little Vena will reside in IAR’s facility for an extended period of time, learning all the basics of survival in the wild – such as how to interact with her peers, build tree nests, and forage for her own food. IAR has a specific program known as “Orangutan School” that aims to achieve just this for their little charges. 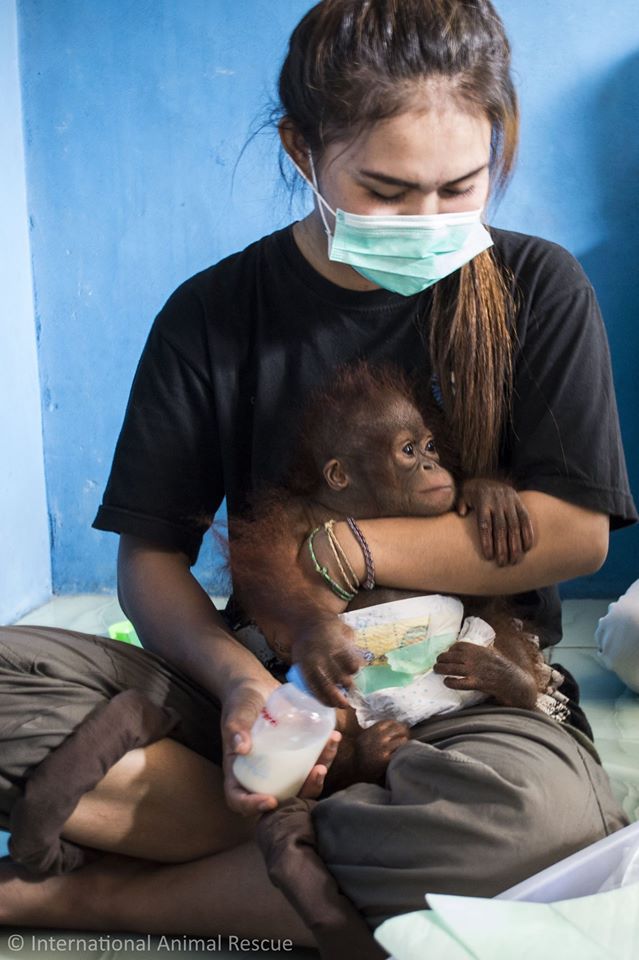 Little Vena’s story might have had a tragic beginning but it will now, hopefully, have a happy ending thanks to these kind people. While this will likely bring a smile to your face, we must not forget that she is one of the lucky few who get this chance. Indonesia’s orangutans have lost around 80 percent of their native home in the past two decades and their population numbers are dropping rapidly. Over the past twenty years, thousands of wild orangutans have been killed or orphaned directly because of the palm oil industry. If the staggering rates of loss carry on, experts say the primate could be extinct within the next 25 years. With a mere 45,000 remaining in the wild today, it’s not exactly hard to believe.

Indeed, we can all feel a little helpless when we hear news like this but there is a way you can help orangutans.

“Anyone who is offered an orangutan should certainly not buy it,’’ advises IAR’s program director, Karmele Llano Sanchez. “They should immediately contact the authorities and report the person trying to sell it.  And if people are not willing to cooperate by surrendering the orangutan, then the necessary action must be taken to enforce the law.”

Obviously, this only applies to anyone living in Indonesia who has access to purchasing a pet orangutan. But we can all help orangutans by supporting the vital work International Animal Rescue is doing. If you would like to help fund their work and save other orangutans like Vena, donate now.