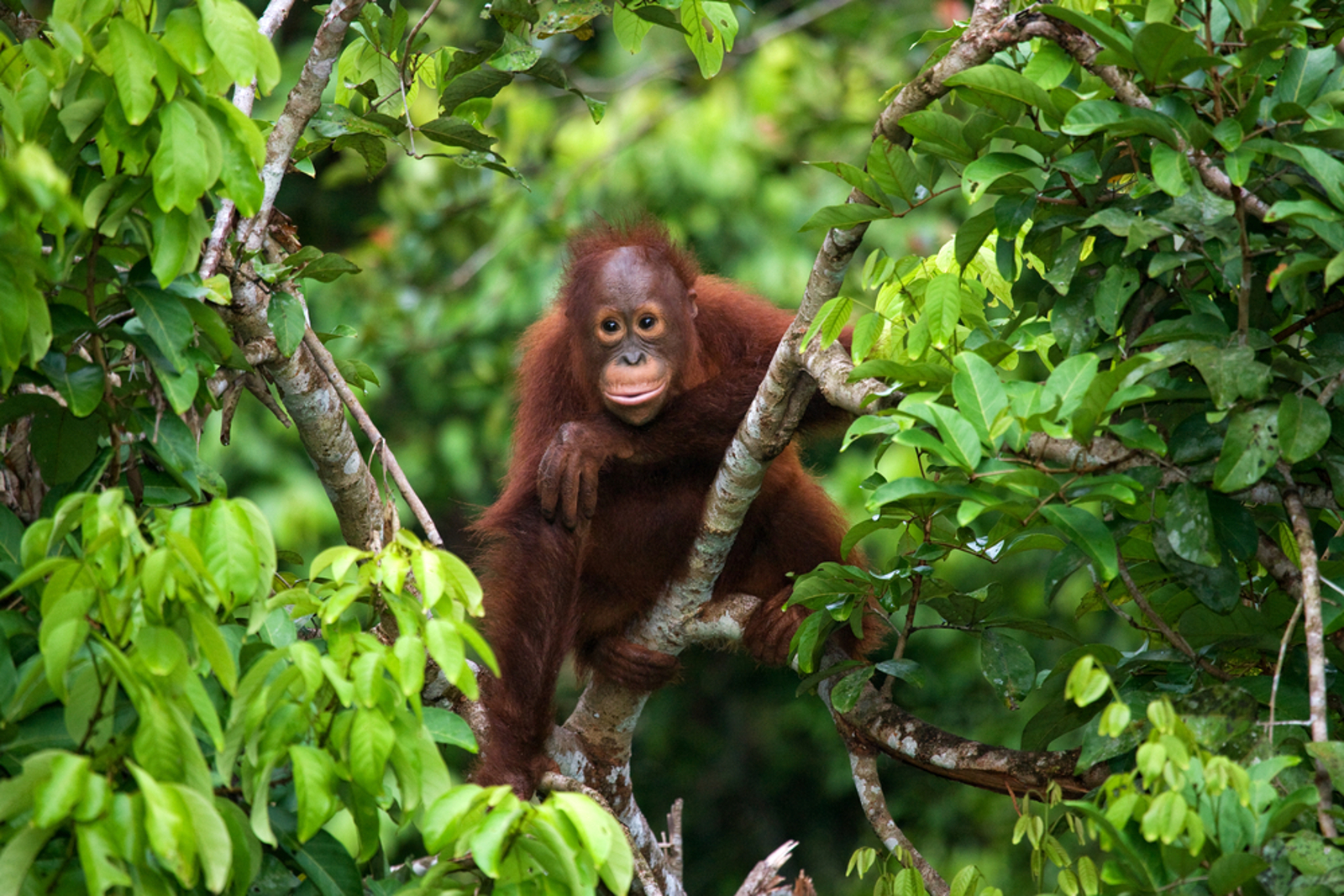 Many of us have heard of the long-lasting, negative impacts of palm oil plantations. Thousands of acres of rainforests are destroyed each year, often illegally, to make way for fields of monocultures, reducing diversity, displacing wildlife, and endangering species native to these regions.

On average, between 2000 and 2011, approximately 667,000 thousand acres of rainforest were stripped bare each year for conversion to palm oil plantations in areas like Borneo and Sumatra, which are unfortunately the only two places where Orangutans are known to live. Their homes destroyed, orangutans increasingly venture out into farmlands in search of food, where they’re viewed as a nuisance and are shot by local farmers. Females are often killed by poachers, their young ensnared and sold in the illegal animal trade. With these compounded pressures on their populations, orangutans are dangerously close to extinction, with only some 70,000 individuals or less remaining in the wild, a number that is expected to decrease in the following decade.

Several other species are being pushed to the brink as well, their very existence threatened, including the Bornean Pygmy elephant, the Sumatran rhinoceros, the Malayan sun bear, and the Sumatran tiger, which has fewer than 500 individuals left in the wild. On a global scale, deforestation worldwide is a major source of greenhouse gas emissions, which contributes significantly to climate change. Tropical deforestation accounted for 10 percent of greenhouse gas emissions between 2001 and 2013. 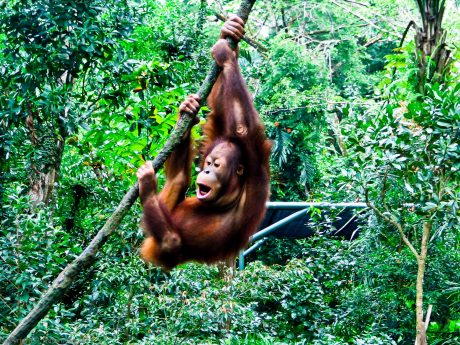 An organization known as the Roundtable on Sustainable Palm Oil (RSPO) has recently made strives to reduce deforestation, allowing palm oil plantations to gain membership if they adhere to rules regarding how they can obtain land, strictly prohibiting the acquisition of primary forests or land belonging to indigenous people. But as of 2016, only 17 percent of global palm oil production is certified by the RSPO, and concerns have been raised about the ability of the organization to monitor and enforce their standards on producers who are already members.

The Popularity of Palm Oil

Despite the maladies for which palm oil is culpable, its production is on the rise in several countries, as is its popularity. Palm oil is a naturally occurring saturated fat, which is rare in nature, and means that it’s solid at room temperature and has a longer shelf-life than unsaturated fats. It’s also a healthier alternative to trans fats, which have been shown to cause heart disease. Producers value the crop because it’s the least expensive oil-producing plant to grow, yet it gives the highest yield and can be used not only in foods (according to the World Wildlife Fund, it’s in about half of all our packaged food), but in biodiesel fuels as well. With the view that palm oil production is only going to increase in the next few years, researchers recently made an attempt to determine which areas were most at risk for future plantations.

Here’s what they found:

Countries Most At Risk

Southeast Asia has seen a steep rise in the amount of land allocated to palm oil plantations and has some of the highest rates of deforestation to make way for the crop. In Indonesia, for example, the study found that between 1989 and 2013, the country saw a 91 percent increase in the total area in which palm oil is produced, 53 percent of which was obtained by destroying forests. But palm oil is produced around the world, in Asia, Africa, and South and Central America, and while rates of deforestation linked with palm oil are currently low for the last three, they stand to lose the most if things don’t improve.

In Africa and South America, more than one billion acres of tropical rainforest are situated in areas that would be conducive to the growth of palm trees for the production of oil. That’s millions of acres of rainforest, harboring thousands of species of plants and animals, many of which we’ve still yet to even discover, that’s being destroyed, all for the convenience of a saturated fat. While deforestation is a multi-faceted issue that’s going to take the concerted efforts of several countries to stop, the issue posed by palm oil plantations is an easy one to solve; avoid foods that have it as an ingredient. There are several great and green alternatives to palm oil that offer the same great taste and utility without the unwarranted destruction.

You can learn more about the truth behind the palm oil industry – and why you should make an effort to boycott it in your everyday life – by reading the articles below.