PTSD Symptoms as Observed in Animals 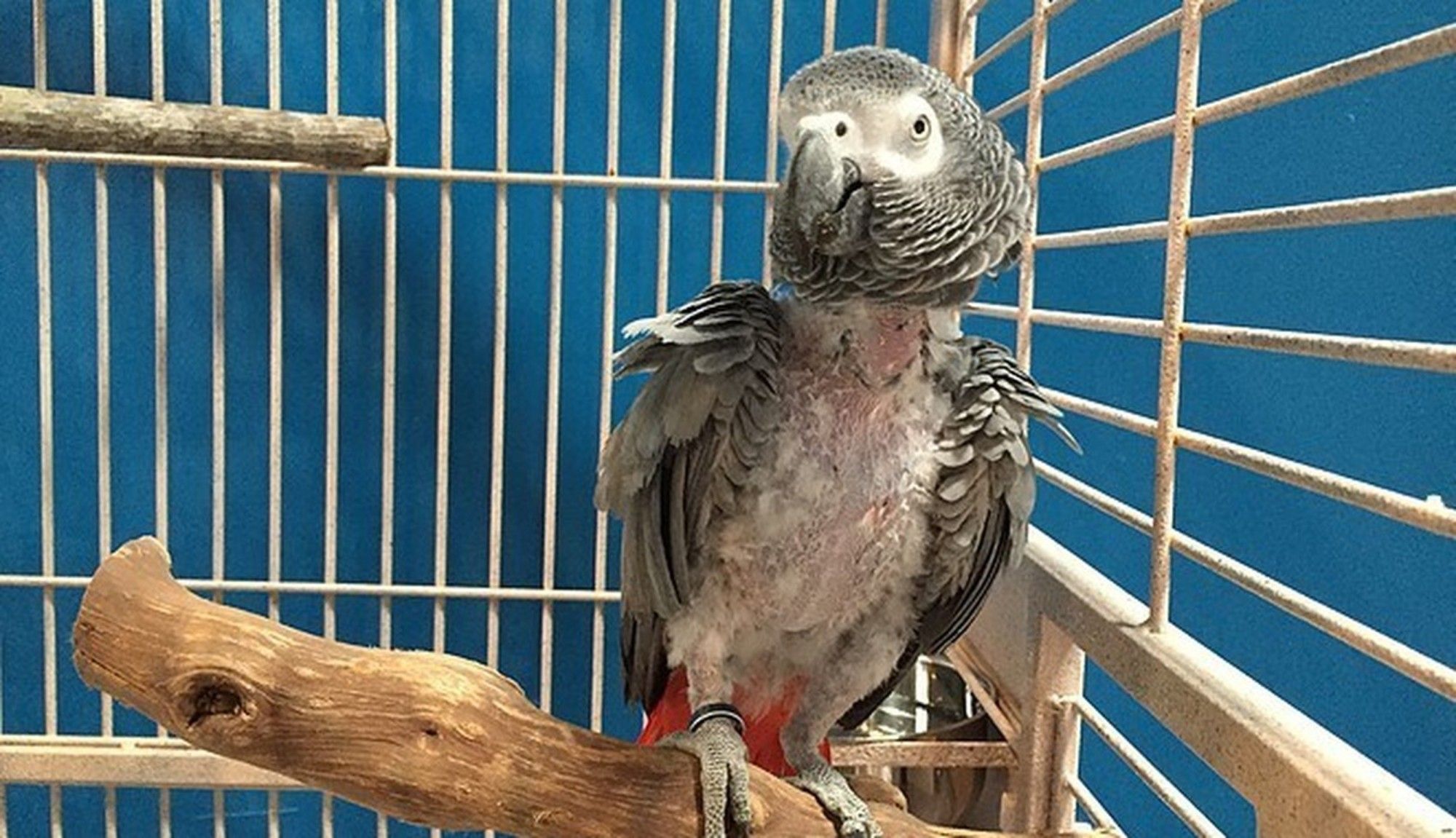 Symptoms of post-traumatic stress disorder (PTSD) include observable behaviors and physical changes occurring in the hippocampus – a structure found in the brain of all human and nonhuman mammals.  Through such observations of behavior and structural changes in the brain, several nonhuman species have been observed displaying symptoms of PTSD after traumatic experiences similar to the human expression of PTSD symptoms, leading many to question whether it is ethical to continue exposing nonhuman animals to such traumatic experiences.

After a series of abnormal behaviors were observed in wild African elephants, the human diagnosis of PTSD became a valuable scientific approach for better understanding these abnormal behaviors.  A decade prior, these young elephants endured severe stress and trauma as they witnessed their adult family members killed, and then, as newly orphaned elephants, they were handled, transported, and relocated without their emotionally supportive mothers and extended family members to raise them. As similarly observed in humans that have experienced trauma, these elephants were later observed showing an inclination towards violence and, in a very abnormal act of aggression, killed over one hundred rhinoceroses. Additionally, these elephants were also showing abnormal inabilities to regulate their emotions and reactions to stress, avoidance behaviors, and startle reactions – similarly to the expression of symptoms observed in humans with PTSD.

Elephants are vulnerable to trauma in ways comparable to those observed in humans due to the similar “psychobiological structures and processes” found in both species. Furthermore, African elephants with a history of trauma from “poaching, culling, translocations, maternal separation, and/or capture for captivity, exhibit damaged social and emotional functioning consistent with symptoms found in human survivors of trauma,” and more specifically, those of PTSD.  Similar symptoms were also reported in Asian elephants after traumatic experiences including maternal separation, capture by humans for entertainment or labor, physical abuse, and isolation. The consequences of chronic stress, traumatic experiences, and symptoms of PTSD have also been observed as generational and societal, with the ability to impact an entire culture.

The United States military often trains and utilizes dogs to assist soldiers in their overseas combat efforts.  One canine, named Gina, received national attention after returning from a tour in Iraq; according to her handler, Master Sergeant Eric Haynes, Gina had developed PTSD and suffered from symptoms of distress, hypervigilance, sleep disturbances, and avoidance of stimuli associated with the trauma.  Of the 650 million dogs that serve in the military, it is believed that approximately 5% of them display symptoms of PTSD; and while military canines, such as Gina, have been observed displaying symptoms of PTSD after combat, similar symptoms have also been viewed in non-military dogs after exposure to other various traumatic incidents, such as abuse, abandonment, and natural disasters. Treatment for dogs displaying symptoms of PTSD includes rest, retraining, absence from work, play, and exercise, desensitization therapy, and anti-anxiety medications comparable to those prescribed for the widely accepted diagnosis of separation anxiety in dogs.

For thousands of years, cows have been domesticated for human consumption, material use, and labor; however, in a recent review of the psychology of cattle, the emotional depth and intelligence of this highly exploited animal were explored and exposed, such as how cattle reared in industrialized farming experience stressful situations from “birth to slaughter.”  This includes separation of mothers and calves, isolation, painful physical adaptation procedures, and injuries.  Also exposed was that “the majority of these procedures are not dictated by concern for cow well-being nor are they necessary for human consumption of cows, but rather they are driven by corporate interests in maximizing profit.”

Another recent study examined the psychology of cows through their stress response and emotional regulation by comparing the “mRNA expression of brain-blood biomarkers” related to PTSD in two groups of cattle: cows without a history of exposure to wolves and cows with a history of distressing experiences with wolves.  The two groups were each exposed to a wolf imitation and then their brains were immediately tested, finding the cows without prior wolf experience as not presenting the biomarkers related to PTSD while the biomarkers of their conspecies with a history of distressing wolf encounters were consistent with those related to PTSD. Therefore, implying cattle are capable of developing PTSD.

Additionally, the studies observed that when a society grows in its understanding of the psychology of other animals with rich emotional lives and cognitive abilities, the more that society values the ethical treatment of those animals.  This should be no different as we begin to understand the psychology of cattle and “who they are as complex individuals instead of commodities.”

Following traumatic experiences, many chimpanzees have also been found to develop symptoms resembling those of PTSD in humans.  One study focused on the behaviors of two chimpanzees, Jeannie and Rachel, while the two were residing at a sanctuary following traumatic events endured in laboratories as test subjects. Years after experiencing the trauma, the chimpanzees displayed symptoms that included “disturbances in personality, social skills, and identity formation, persistent distress, and a high vulnerability to self-injury…characterized by dissociation…hypervigilance, anxiety, and affect dysregulation associated with the chronic stress of recurrent danger.” Jeannie was especially observed having very sudden displays of aggression and distress; whereas Rachel was observed consistently vocalizing distress calls and causing self-harm to her hands, only ceasing the behaviors after the injuries produced blood and she appeared to exhaust herself.

Another study observed the behaviors of two more chimpanzees, Poco and Safari, with similar traumatic experiences early in life: both were kept for entertainment purposes after their mothers were killed for bushmeat, suffered from severe stress and isolation, and were later placed in a sanctuary, where they continued to display symptoms of psychological distress, despite decades of rehabilitation in enriched environments with other chimpanzees.

Another recent study examined the potential PTSD symptoms and triggers of gray parrots kept as companions.  Recognized as highly intelligent, social, and sensitive creatures, gray parrots are often kept as pets due to their extensive lifespan and for their ability to imitate the verbal expressions of other species, despite most parrots not being classified as domesticated.  Captive gray parrots kept as pets have been documented displaying unusual and dangerous behaviors; these include aggression towards others, such as biting, as well as self-harm through feather damaging behaviors, which can cause gray parrots to severely damage their skin, creating lesions and inflammation. Additionally, gray parrots have been observed developing a fear of humans, despite previous or existing relationships, with possible explanations for these behaviors include coping mechanisms for distress, isolation, and boredom, and fear from previously painful handling experiences related to being kept in captivity. It has been noted that these behaviors closely align with the symptoms of PTSD and that the sources of trauma – such as being handled, captured, and removed from their natural habitat, and/or having their wings clipped – combined with the lack of an enriched environment and the ability to perform natural behaviors – including flying, foraging, socializing, and bathing – does not allow for appropriate coping mechanisms. However, gray parrots with at least four hours of daily human contact showed a 90% decline in likeliness to perform self-harming behaviors, leading to the recommendation that potential pet owners should not seek gray parrots unless they can manage this time commitment.

A review of rhesus macaques that experienced abuse as infants found similarities between the neurobiological properties of the previously abused macaques and those of human victims of childhood abuse with PTSD.  Furthermore, previous studies of war veterans with PTSD found their cerebrospinal fluid (CSF) contained elevated concentrations of corticotropin-releasing hormone (CRH), which has also been consistently observed in human victims of childhood trauma and maltreatment.  Similarly, elevated levels of CRH were discovered in the CSF of macaques that were abused as infants, compared to the lower levels discovered in their non-abused conspecies.  The macaques that were abused as infants were later observed as having aggressive behavior as adults.  Since the concentration of CRH in CSF has been found to contribute to how individuals respond to stress and manage emotions, the increase in CSF CRH after traumatic experiences likely contributes to the aggressive behaviors observed in the adult macaques that were also abused as infants, similarly to how the increase in CSF CRH likely contributes to the observed symptoms of PTSD in humans.

As shown in multiple case studies, many nonhuman animals have been observed showing the abnormal behavioral changes and neurological symptoms of PTSD after a traumatic incident, similar to the behaviors and symptoms of PTSD observed in humans. As explained in Mental Health and Well-Being in Animals, animal welfare improves when animals are allowed autonomy and the ability to explore and understand their environment.

Furthermore, as seen in humans and nonhumans alike, a safe setting which allows trauma survivors autonomy, freedom in decision making, the ability to engage in positive social interactions, and the capacity to choose which activities to engage in without the threat of new trauma or exposure to reminders of past trauma can lessen the symptoms of PTSD.

Additionally, the responsibility of society to respect and protect the ethical treatment of sentient beings, regardless of their deemed usefulness to humans, becomes even more relevant as more species are observed displaying symptoms of PTSD after traumatic experiences at the hands of humans.

Lastly, with multiple studies of multiple species expressing multiple symptoms of PTSD as observed in humans, from behavioral to chemical changes, many agree it is time for society to reconsider how they view, treat, and traumatize nonhuman animals.