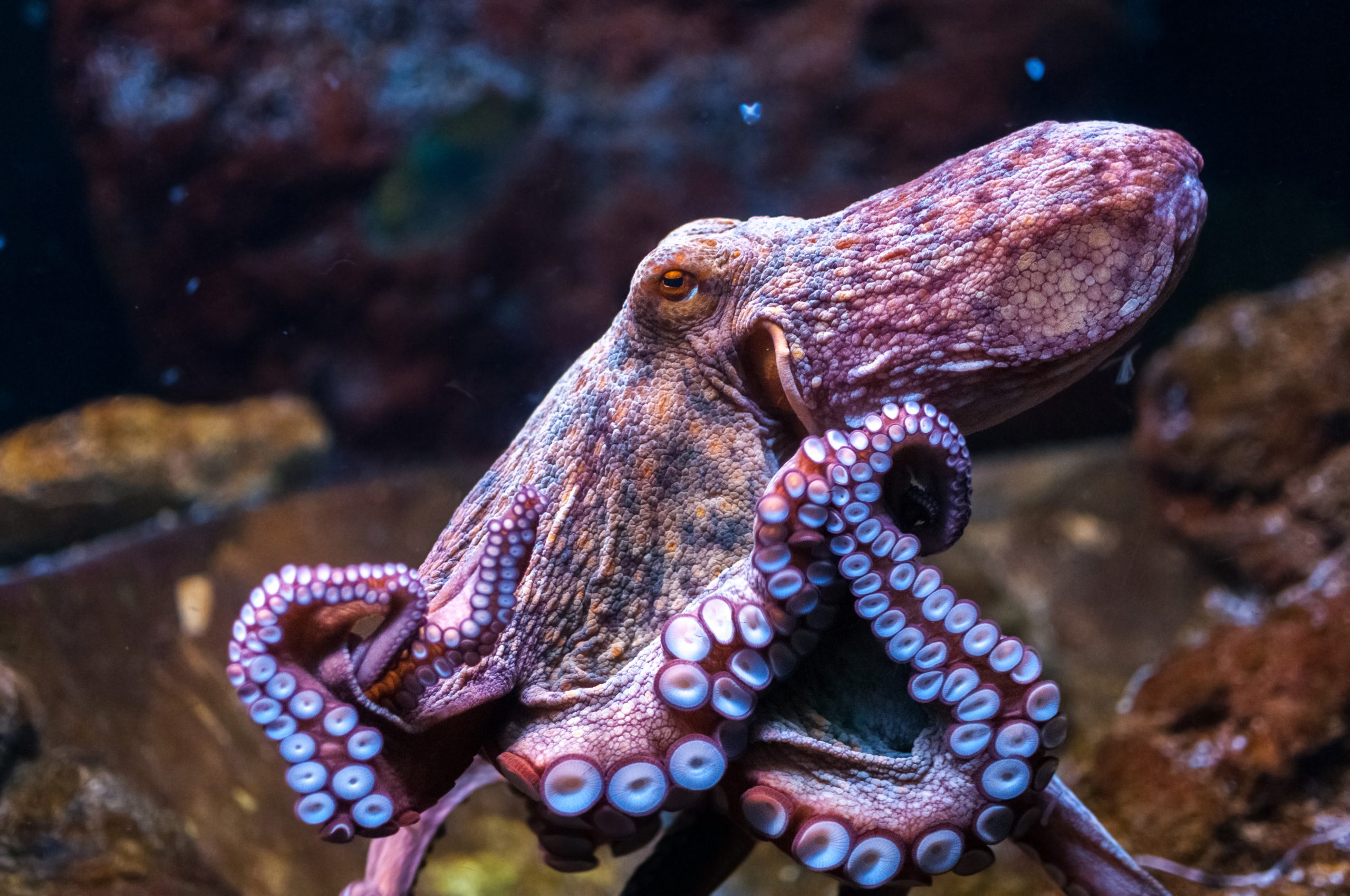 Evidence from a new study suggests that octopuses experience pain emotionally, in addition, to physically; meaning that these intelligent sea creatures process pain similarly to how mammals do. While many invertebrates demonstrate a reflex response to physical stimuli, the ability to truly experience “pain” involves the emotional components of suffering and distress in addition to physical response. The 2021 peer-reviewed study concludes that octopuses demonstrate strong negative, lasting behavioral changes when faced with pain, learn to avoid sites in which pain was inflicted on them, and experience ongoing suffering and distress after enduring pain.

“Even in the absence of proof on conscious awareness or sentience in cephalopods, it remains clear that the responses demonstrated by octopuses in this study are so similar to those that would be expressed by mammals experiencing pain, that a reasonable, cautionary argument can be made that internal state of these disparate species is likely also similar,” concludes Robyn Crook, the San Francisco State University neurobiologist who conducted the study.

This all comes shortly after six cuttlefish involved in a recent behavioral study passed a cognitive test previously designed for human children, raising questions and changing minds about invertebrate intelligence. Cuttlefish belong to the cephalopod family, which includes octopuses, squid, and more. Similar adaptations to the test had previously been passed by corvids and primates, animals known for incredibly complex behavior and high cognitive function.

Cephalopod behavior and cognition have been of great public interest recently; the 2020 Netflix documentary My Octopus Teacher demonstrated the fascinating behavior of a female octopus who formed an ongoing relationship with a diver, and stories in recent years of octopuses escaping from aquariums, using tools and solving complex problems have captured minds and fascinated the public.

As the evidence continues to mount, it is becoming incredibly clear that these strange, unique animals are far more complicated than once believed. With their intelligence and emotional complexity becoming increasingly clear every day, the idea of capturing, farming, and consuming octopuses is becoming unfathomable for more and more people.