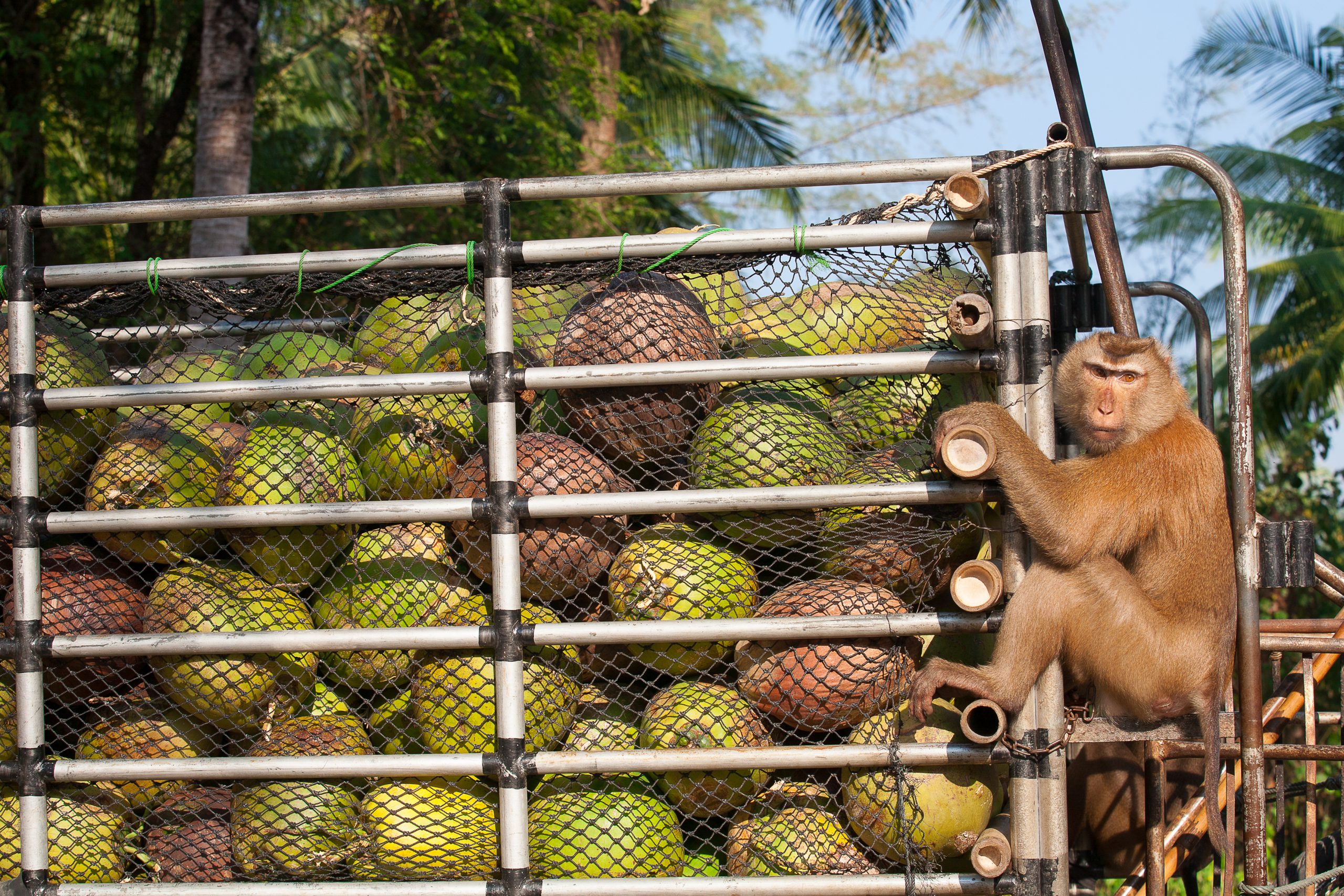 Monkeys are subject to terrible lab experiments, like having holes drilled through their brains; stolen from the wild to live in captivity as pets, and forced to perform at zoos and on the streets.  Recently, a PETA investigation found companies that abuse and force monkeys to harvest coconuts.

According to the PETA Asia investigation of various monkey coconut picking farms, training facilities, and a coconut picking competition, “terrified young monkeys in Thailand are kept chained, abusively trained, and forced to climb trees to pick coconuts that are used to make coconut milk, meat, flour, oil, and other products.” These poor animals were taken from their families and homes as babies to be kept tied down or in a cage for the majority of their lives. The investigation also included multiple instances of workers physically abusing these monkeys.

In response to this investigation and public outcry, stores like Costco pulled Chaokoh and Aroy-D coconut milk from their shelves. However, Walmart has yet to follow suit, only responding vaguely to the allegations. Sign this petition and demand that Walmart, the United States’ largest retailer, drop all Chaokoh products immediately!