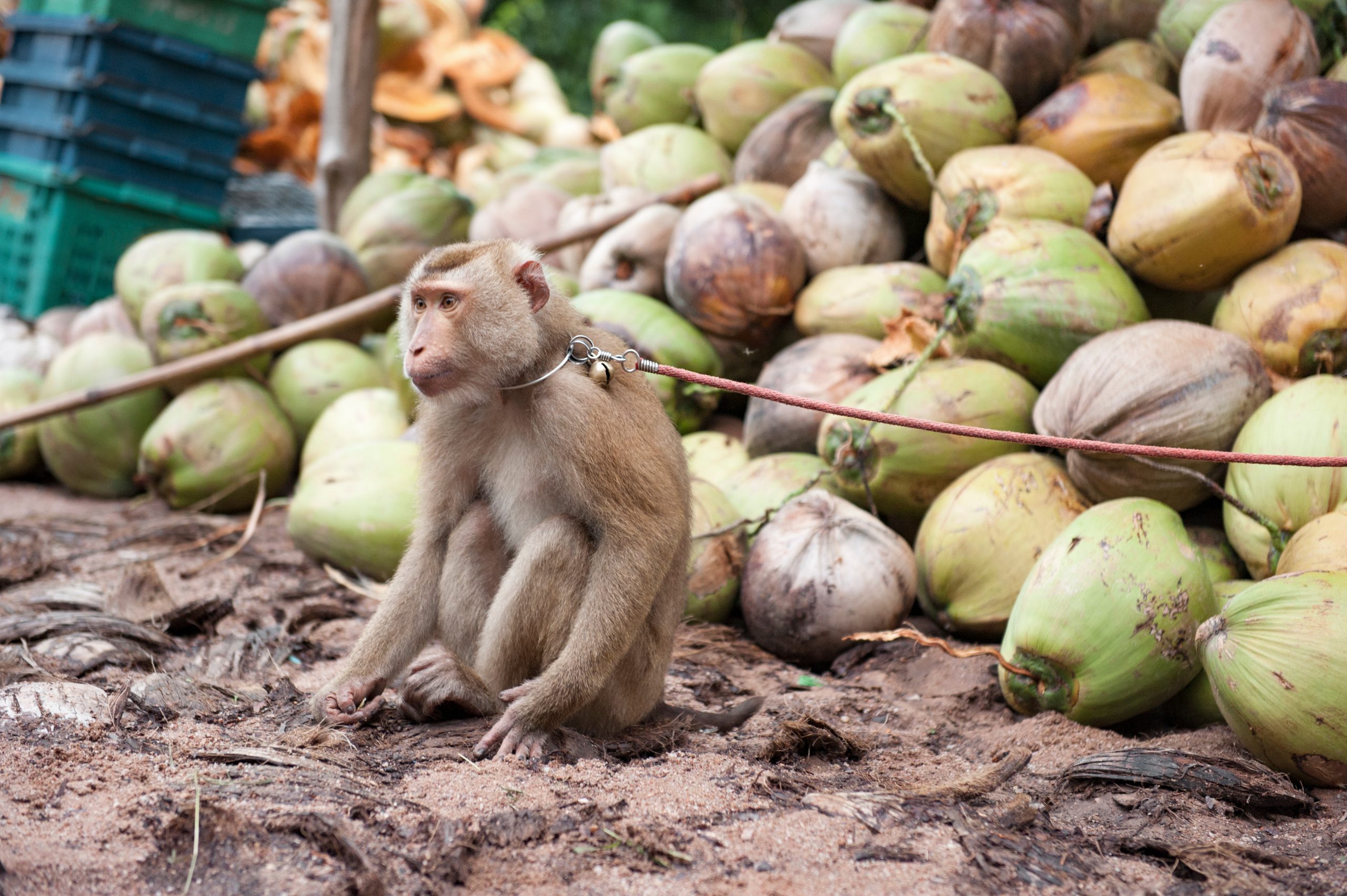 A new video shows industry employees sharing how farms hide monkeys during audits or buy monkeys illegally. Half of the coconut farms PETA Asia visited in 2020 were still using monkeys. Farms use contractors and other methods to hide the use of monkeys.

Some audits are planned or announced in advance, which gives farms the opportunity to hide the monkeys. Investigators have also allegedly not told companies they need to stop using monkeys.

According to USA Today, some companies, including Costco, have banned certain brands of coconut milk, including Chaokoh, because of monkey labor. “No kind shopper wants monkeys to be chained up and treated like coconut-picking machines,” PETA President Ingrid Newkirk told USA Today. “Costco made the right call to reject animal exploitation, and PETA is calling on holdouts like Kroger to follow suit.”

PETA lists coconut brands that do not use monkey labor on their website to allow consumers to opt for a more ethical purchase.