From Captivity to Freedom: The Amazing Rescue and Transformation of Dillan the Asiatic Bear

By The Wild Animal Sanctuary 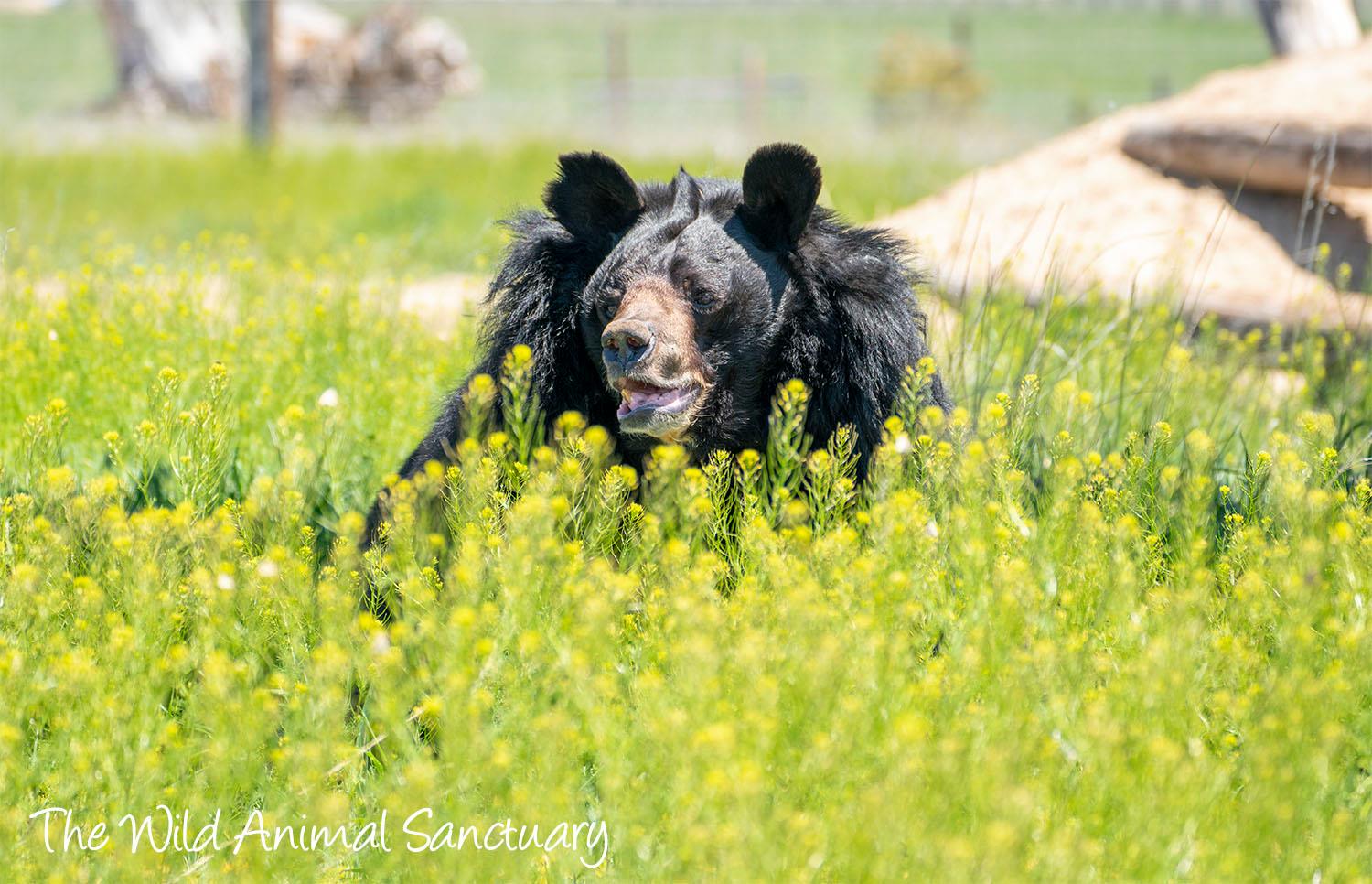 Dillan the Asiatic Bear has become something of a celebrity at The Wild Animal Sanctuary in Keenesburg, Colorado. These days, he is known for his remarkable resilience and playfulness, which is particularly notable when you consider the circumstances he used to endure.

In January 2020, Dillan was rescued from the Union County Sportsmen’s Club in Pennsylvania, where he was kept in a tiny concrete and steel cage and badly mistreated. He was subjected to the sound of constant gunfire from the shooting ranges and with no enrichment, Dillan suffered from severe zoochosis where he rocked rhythmically against a concrete wall hours on end for years. The situation was terrible. He also suffered from morbid obesity due to his poor diet and lack of exercise and had rotting teeth and gums.

With pressure from many fronts (including from PETA and actor Alec Baldwin) for the club to either provide better care for Dillan or let him go to an accredited sanctuary, the club ownership finally agreed to release him to the USDA, which then released him to the Wild Animal Sanctuary, the oldest and largest accredited carnivore sanctuary in the Western Hemisphere located just 30 minutes from Denver.

When Dillan first arrived at the Sanctuary, he was treated for several severe medical issues at the Sanctuary’s veterinary clinic. Besides being morbidly obese, he had severe gum and teeth infections, raw skin from living in a continuously damp environment, and disfigured toes from being declawed. Once Dillon’s dental issues were repaired and his multiple infections cleared, he moved into a large acreage natural habitat where he began losing weight through exercise and a correct diet.

Dillan’s recovery at the Sanctuary has been nothing short of incredible. He now lives with Lily, another female Asiatic bear and together they roam freely in a large acreage habitat and enjoy a healthy life and get to do all of the things that bears enjoy like  playing with logs, taking a dip in the pool, jumping on tires, napping, and eating delicious and healthy food

Dillan and Lily are wonderful examples of how older bears that have lived in terrible enclosures for decades can be safely rescued and properly rehabilitated.

About The Wild Life Animal Sanctuary

Located near Keenesburg, Colorado, The Wild Animal Sanctuary is the largest nonprofit carnivore sanctuary in the world, with over 500 rescued animals including lions, tigers, bears, wolves, leopards and other large carnivores living in large-acreage natural habitats. Established in 1980, the Sanctuary operates two locations with more than 10,000 acres for abused, abandoned and confiscated carnivores and specializes in rehabilitating captive wildlife so they can be released into natural habitats where they can roam freely and live with others of their own kind.

Learn more about you can support The Wild Animal Sanctuary here.