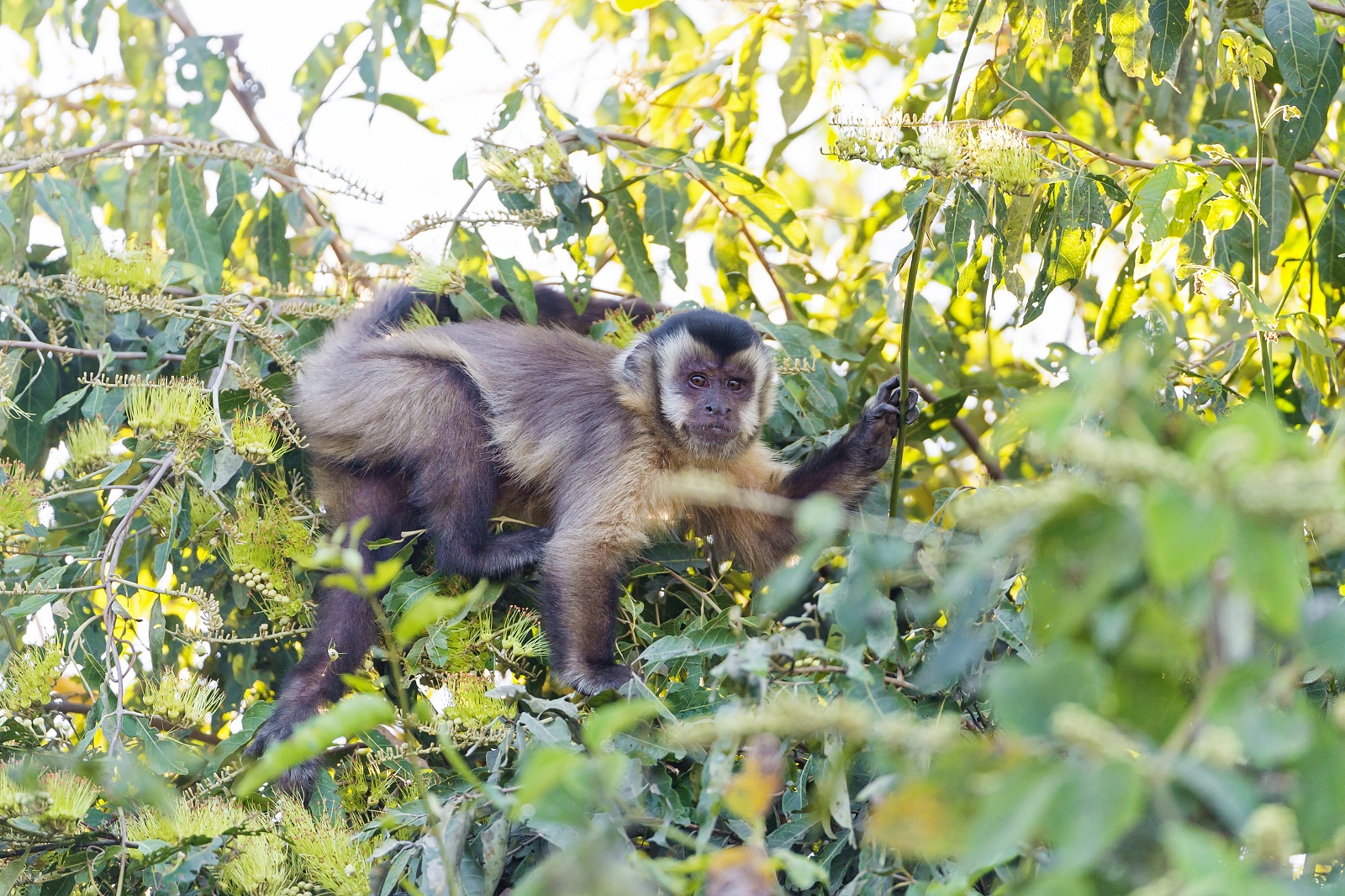 “Pirates of the Caribbean 5” is at the center of the most recent debate surrounding the use of animals in film.

Three animal welfare groups are requesting that the government reject the permits requested by Disney and Jerry Bruckheimer to bring the monkeys to Australia, citing the stressful 17-hour flight and the unnatural, cruel environment the monkeys would have to endure during the film. 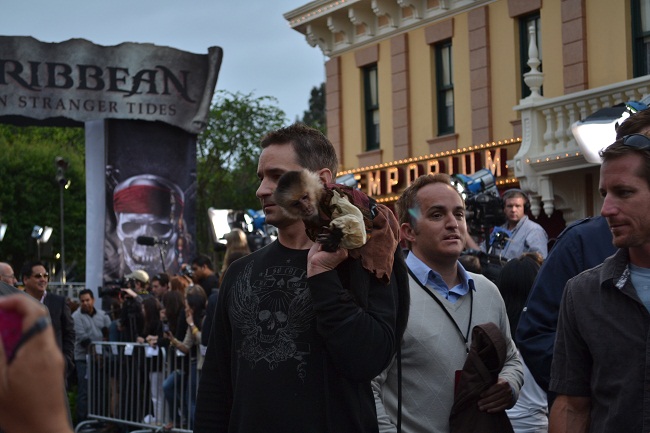 “A 17-hour flight would subject the capuchins to serious stress that will affect both their psychological and physical well-being,” Cordelia Britton of the Campaigns and Welfare Team at Wild Futures, one of the animal groups urging the government’s rejection, tells One Green Planet. “The animals will be removed from their normal habitat to be put in unfamiliar containers. During this whole time, the monkeys will not have the opportunity to enjoy a suitable environment such as a spacious three-dimensional habitat with access to natural furniture and materials, natural sunlight, and species appropriate companions as well as the ability to remove themselves from stressful situations or normal behavior patterns such as social, locomotive and foraging behaviors.”

She says the stress will only worsen when the monkeys arrive in Australia, and once they’re finished filming, they’ll endure yet another 17-hour flight back to the U.S. And this isn’t a new problem. Capuchins were also used in the first four “Pirates” films, but primates began starring in short films as early as 1916.

The Conditions for Primates in Film

Of course, conditions for all animals used in film are far from ideal, but for primates those conditions start very early and go on for a much longer period than most other animals. For example, great-ape trainers prefer to train babies because they are easier to dominate and handle, according to PETA.

Britton says this means they are usually torn away from their mothers at young ages. Primates are very social animals, so leaving their mothers before about 8 years of age can physically impair proper brain development, causing psychological damage and fears that you wouldn’t find in monkeys raised in the wild.

Even Jane Goodall has said that apes, specifically, learn social interaction by watching and imitating adults in their communities. They never get the chance to do that in the film industry, where they’re constantly dragged on and off film sets and into unfamiliar locations. 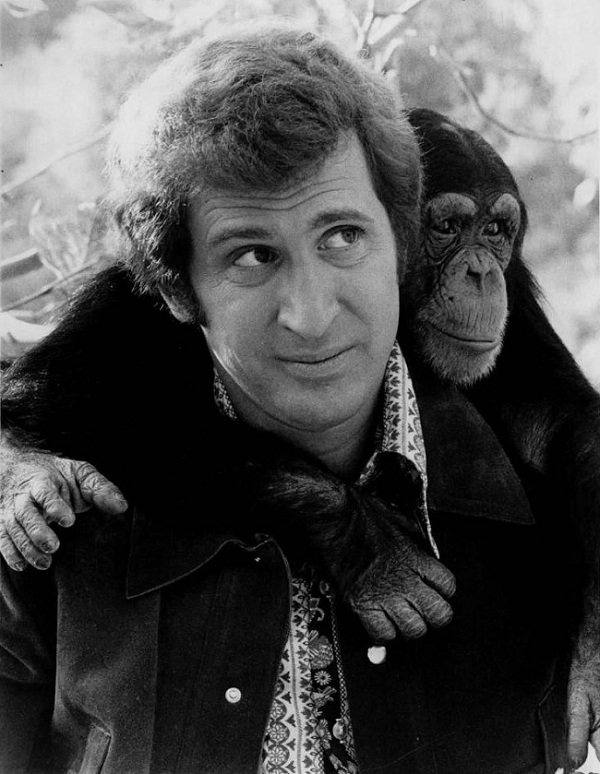 “The youngsters are then raised in a highly unnatural social and physical environment in which they do not have the chance to develop into healthy, well-adjusted individuals,” Britton said. “Instead, they can develop a host of abnormal behaviors which range from pacing or rocking (as often seen in conjunction with psychological disorders in humans), to excess aggression or extreme submission, to severely self-injurious behavior.”

Humanization: How Using Primates in Film Contributes to Their Demise

A recent editorial by Eleanor Robertson in The Guardian pointed out the human fascination with chimpanzees. And movies like “King Kong” and “Planet of the Apes” also prove that this anthropomorphic attraction can be extended to all primates. We conduct studies on their language abilities and champion their intelligence so that we can grant them some access to human rights or personhood or stop scientific experiments on them. But, Robertson argues, this comparison between primates and humans is exactly what leads to their demise. 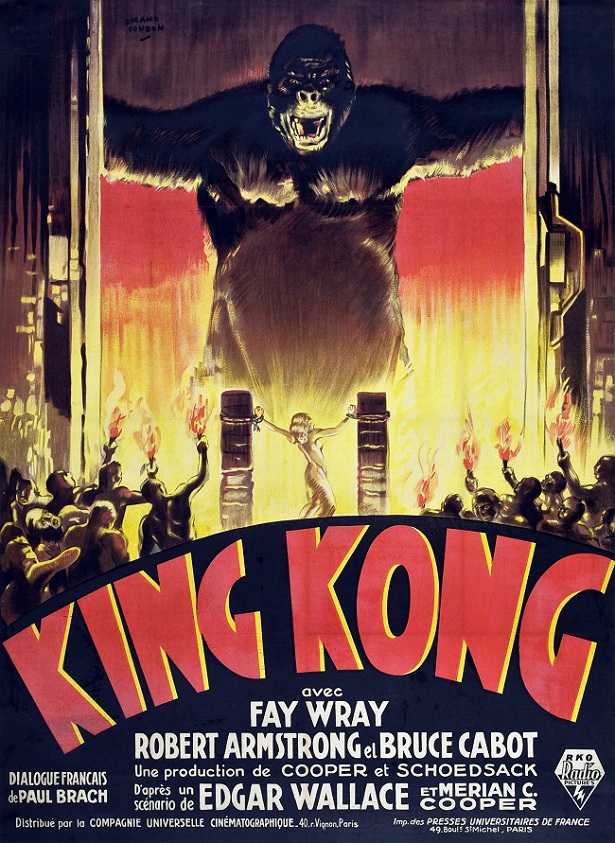 “Chimps can never be citizens of the human community, and if this is the only way for us to pursue better outcomes on their behalf, the initiatives seem doomed to failure,” Robertson writes.

The more we compare primates to animals or try to humanize them, the more they will let us down, thus justifying our superiority and our mistreatment of them. Instead, Robertson says we have to celebrate animals and wildlife for its intrinsic importance — and especially its differences.

“The very process of ‘humanization’ that is necessary to make a monkey pliable and safe to work with involves depriving it of its own monkey identity, and is certainly harmful,” Britton explains. The film industry expects primates to learn like humans and respond like humans. 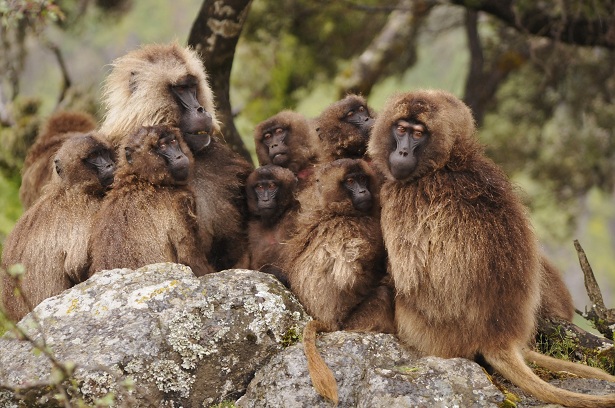 This is more of a problem with primates than with any other animal because they are so similar to us. In a way, it’s what protects other animals and hurts primates. They’re subject to more scientific studies — to more human attention — than almost any other animal. And as a result, we’ve learned so much about them. But we’ve also caused them the most harm.

It’s time we let animals exist for their own sake. Idolizing primates in film contributes to their humanization and consequently their harm. The petition being filed by Wild Futures, Humane Society International Australia and the Captive Animals Protection Agency to stop the use of these capuchins in “Pirates 5” is part of a larger, more important message that animals aren’t here for us to film or prod under the guise of “education” or “appreciation.” It’s time to we granted primates their own importance, separate from us and our self-righteousness.