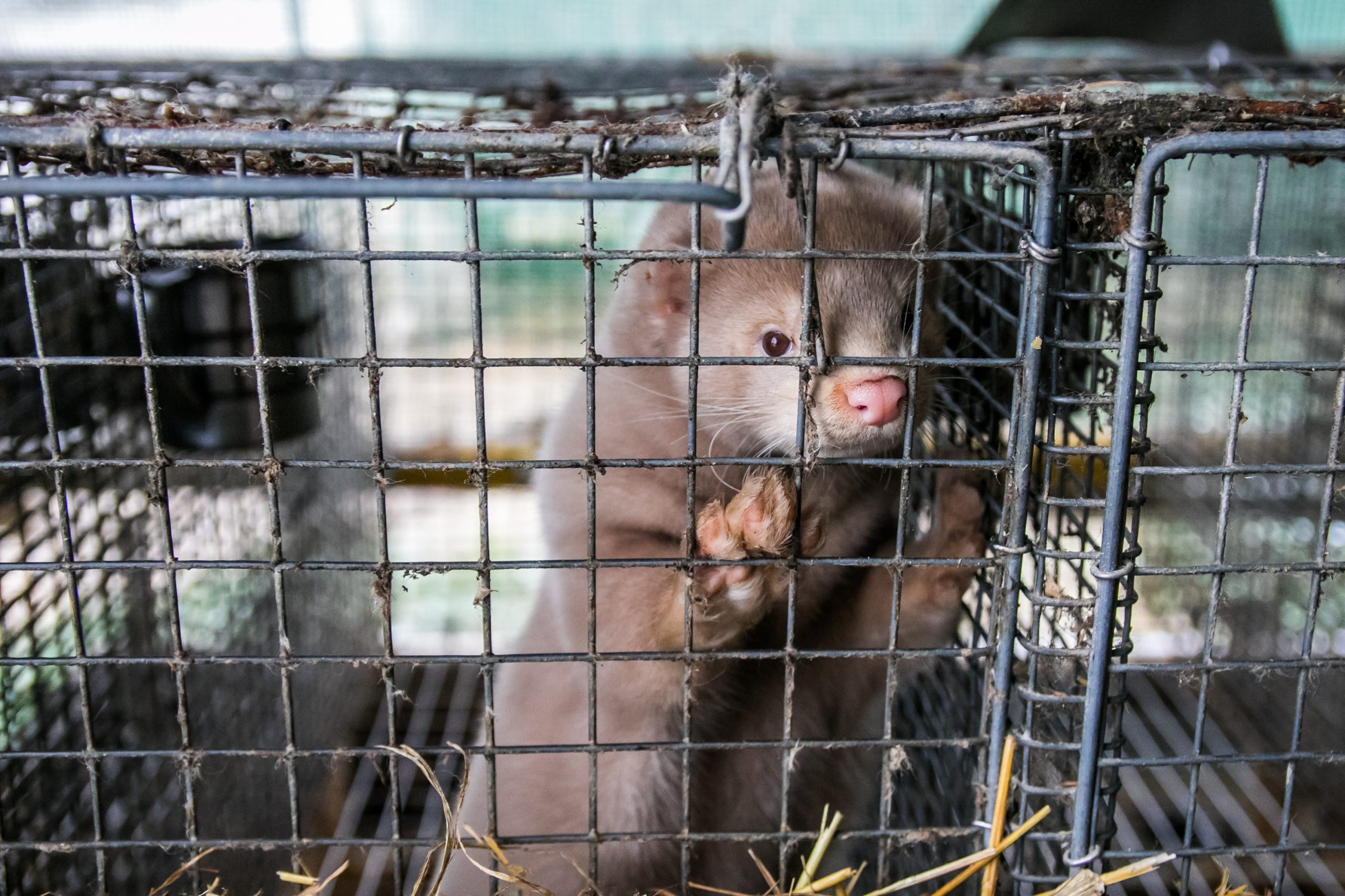 Mink on a fur farm in Wisconsin have just tested positive for the coronavirus, raising more public health concerns regarding the fur industry.

Nine mink tested positive and several hundred have died at a farm in Taylor County, Wisconsin, according to the National Veterinary Services Laboratories. This was the first COVID-19 outbreak among mink in Wisconsin which is the largest fur-producing state in the U.S. according to the Humane Society of the United States.

The Department of Agriculture, Trade and Consumer Protection has quarantined all animals on the farm, stopped shipment of animals or their parts from leaving the farm, and launched an investigation into the outbreak.

Wisconsin is the second U.S. state with confirmed coronavirus cases at a mink farm; outbreaks at mink farms in Utah began in August and many of the animals have had to be killed.

Hundreds of thousands of mink have been killed in European countries like the Netherlands, Spain, and Denmark after mink were infected with the virus on fur farms. In response, the Dutch government announced it will ban mink fur farming, moving up its 2024 deadline to next year.

Several countries and companies have enacted bans on fur farming in recent years, recognizing the severe public health risks as well as the inhumane practices in the fur industry. Animals used for their fur are common vectors for zoonotic disease. They are kept in overcrowded spaces and are brutally beaten and sometimes skinned alive according to investigations from the Humane Society of the United States.

Just this week, Israel said it plans to ban the buying and selling of animal furs, becoming the first country to do so and calling the practice “immoral.” France also recently announced an end to mink fur farms within the next five years. In the U.S., California is still the only U.S. state that bans the sales of fur products.

Read more about the fur trade:

Sign these other petitions as well to stand up against fur: