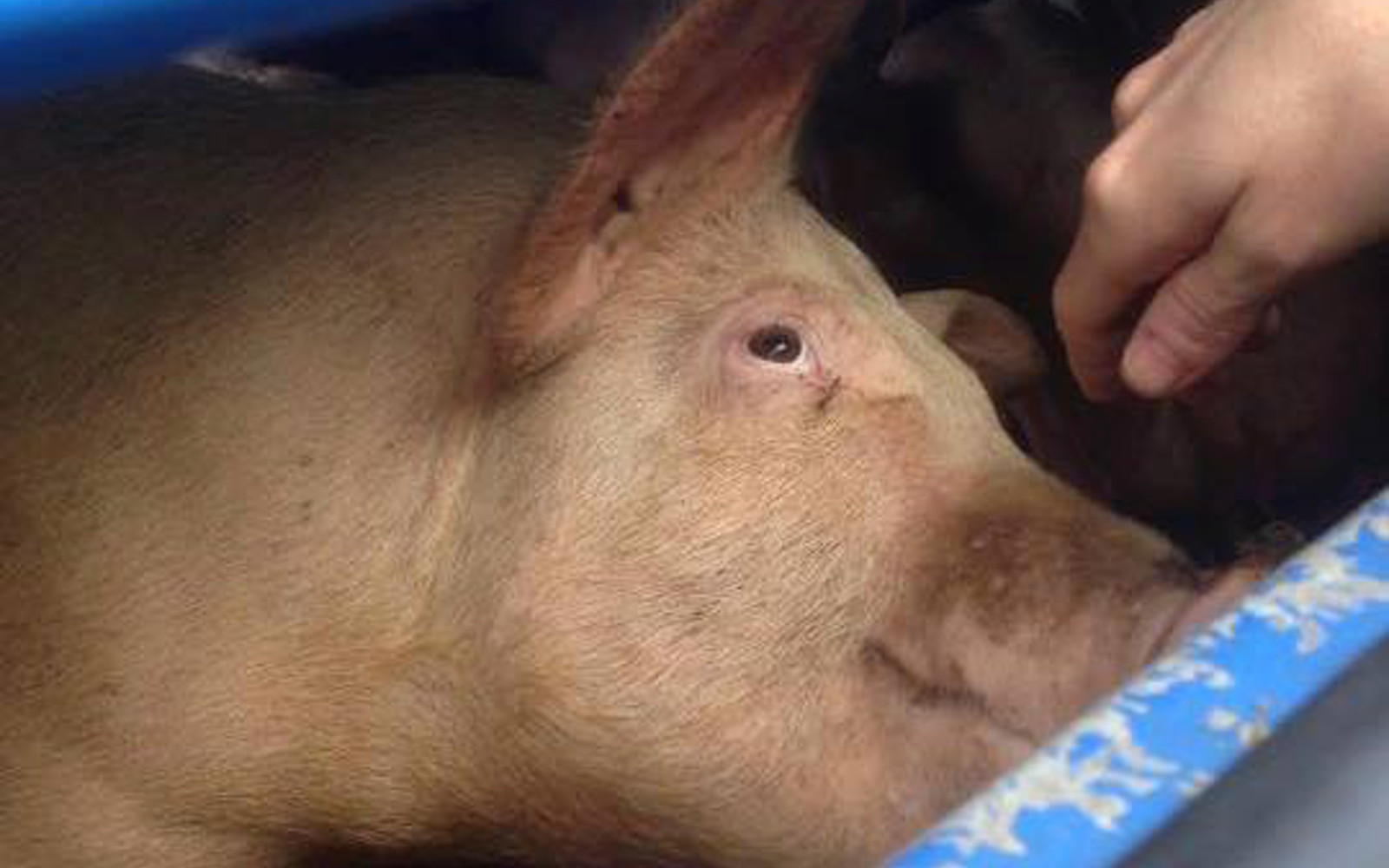 Animal agriculture is one of those topics that most people like to push out of their minds. While many know the kind of animal abuse that occurs on factory farms, they also develop coping mechanisms that allow them to be aware of the realities … and still enjoy their cheeseburger. Sometimes this means scrolling really fast when a gory picture of a slaughterhouse comes up on your Facebook feed. Other times it’s disregarding the whole concept of supply and demand and telling yourself that the one steak you’re having doesn’t really have an impact on the entire planet.

While we can definitely understand why people may not want to look at photos of bloodied animals all day, there are certain images that capture the true essence of animal agriculture, and most importantly the victims of it, without any gore at all. These images force viewers to look at the system differently, to realize that each one of the animals unlucky enough to be born into the animal agriculture world is indeed a living, breathing, feeling individual.

Recently, a man named Simon Beck found himself beside a transport truck full of pigs. The trip to the slaughterhouse is one of the few opportunities people have to get close to these poor souls before they are carted off to slaughter. Beck leaned in and took a look into the truck and found a sweet pig looking up at him.

The tender look on this pig’s face, despite all of the horrific abuse she’s likely endured, is incredible. This beautiful soul does not know that she is destined for death, she simply looks up, hoping that the outstretched hand before her is one of love not of torture … all she wants to do is live. 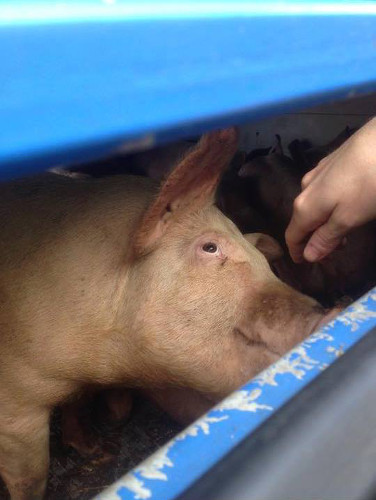 Sometimes it’s easier to push the reality of animal agriculture out of our minds and continue to believe that animals like pigs, chickens, and cows, are unintelligent and non-feeling animals. However, the truth is that these animals feel everything, just like anyone else. They are traumatized after being ripped away from their mother’s only days after birth, they feel the pain of being tossed around like an object, they wince in disgust when they have to stand in a filthy, cramped shed all day, and they are terrified when they realize they’re moments away from death. The emotion of the pig in the photo above is not an anomaly. As much as media would like to deny it, each pig, cow, and chicken is capable of a tremendous amount of emotion, a truth that we must all come to terms with. Share this article and show people that pigs are not the non-feeling beings many might paint them to be – they are someones not somethings.