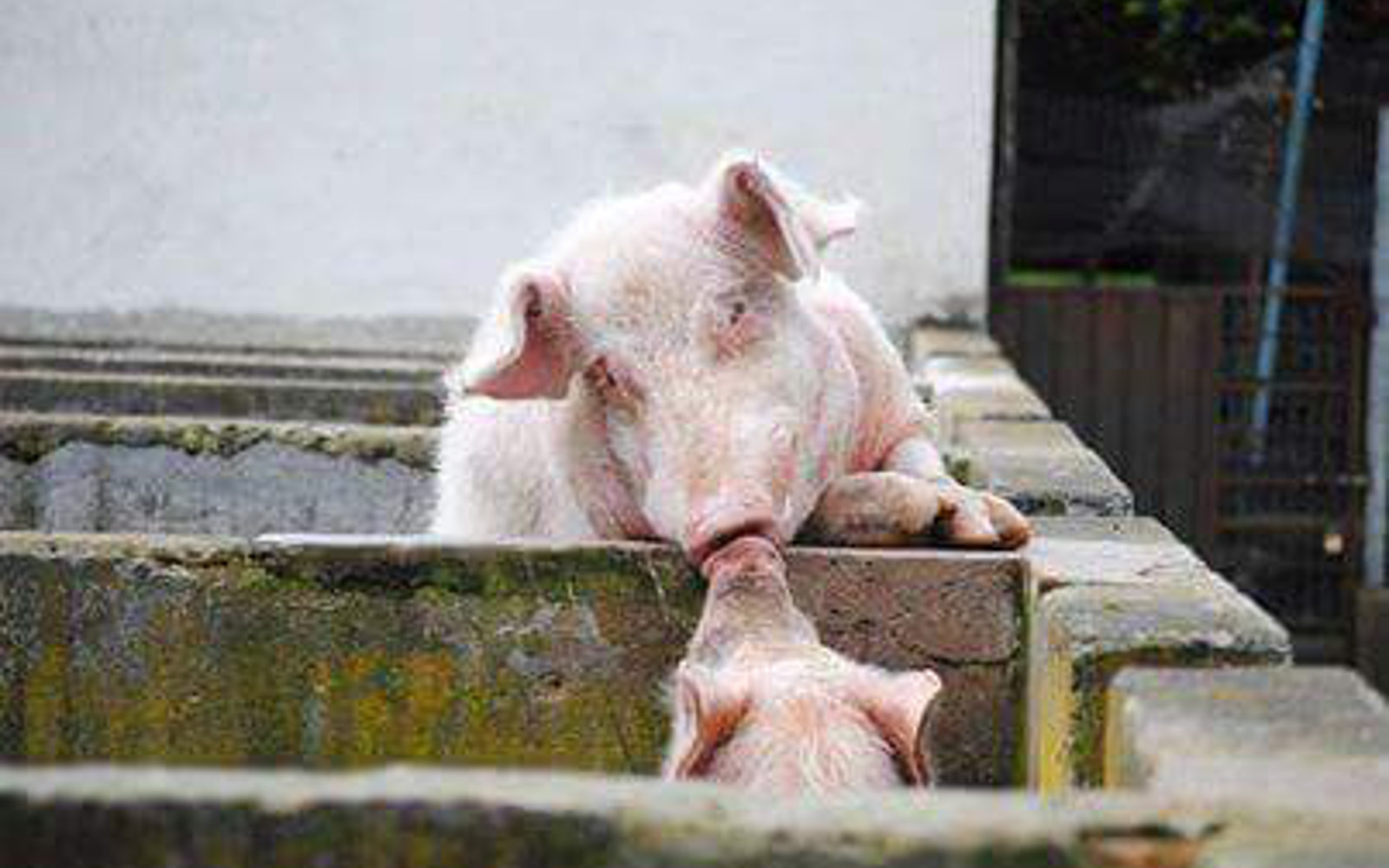 Most people know the things that occur behind the doors of factory farms are unsightly. After all, these places are not created to further the well-being of animals, but rather to create food which we believe will further the well-being of humans. Whether the food produced at these institutions actually benefits the human population is something you’ll have to decide on your own, but one thing is for sure – the animals that are kept in these places are hardly treated with the respect given to domesticated animals like cats and dogs.

Instead, pigs, chickens, and cows, are treated brutishly and crowded into cramped and filthy sheds where they barely have space to move comfortably. While it might be more soothing to our psyche to believe that these animals do not feel pain the same way that we do, research has proven that this is simply not the case. Pigs do feel. They feel happiness and they most certainly feel pain. Despite the fact that society has painted pigs as filthy, stupid animals, they are actually very smart. They form long-term memories, they can communicate through verbal sounds, and they empathize with others.

So, it’s no surprise that in these miserable conditions, the affectionate and empathetic pig reaches out to others of his own kind if only for a fleeting moment of happiness, a shared kiss… 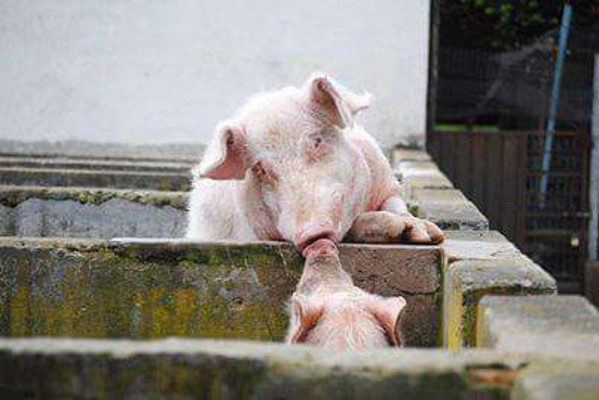 When you see pigs interacting in this manner, their emotional depth is undeniable. Pigs are not just animals who sit idly, void of feeling, until one day their life is taken and they are turned from body to package. No, no. Pigs know exactly what is going on. They see their friends taken away, they can feel the pain and anxiety swelling in the air, and in the face of all the cruelty, they offer support to each other.

As much as society would like us to turn a blind eye to these kind creatures, to allow the mechanism at work to continue turning without a missed beat, we mustn’t deny that these creatures have personalities, sweetness, and an undeniable desire to live. And that’s when you ask yourself, do you really want to support an institution that ignores all of these blatant truths?