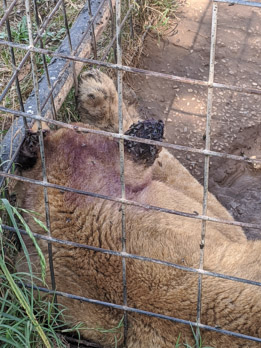 The sheriff, Garvin County Sheriff’s Office, said it had requested that the UDSA, US Fish and Game, and the Oklahoma Department of Wildlife begin an investigation. According to the Sheriff, the Oklahoma Department of Wildlife has visited the park and inspected the location. And the USDA has also visited and opened an investigation. Injured animals have been removed from the park and are being monitored by the USDA.

The zoo was once owned by Joe Exotic, but his former business partner Jeff Lowe was recently ordered to turn the zoo over to Carole Baskin.

Brittany Peet, PETA Foundation Deputy General Counsel for Captive Animal Law Enforcement, shared photos and videos of the cats suffering and made a statement on the USDA’s slow progress on shutting down the park. “The USDA’s inaction allowed ‘Joe Exotic’ to abuse and neglect animals for years, and so far, it’s also failed to help the big cats held by Jeff Lowe,” Peet said in a statement. “In the wake of Tiger King, the public eye is on the USDA to do its job and shut Lowe and his despicable roadside zoo down pronto.”

See the video by PETA: 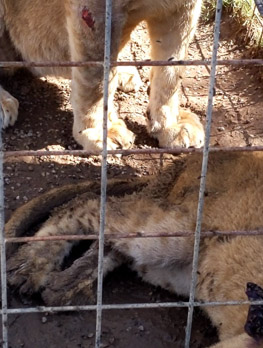 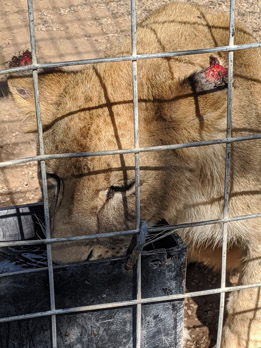