Why You Shouldn’t Support Joe Exotic, the Star of Tiger King 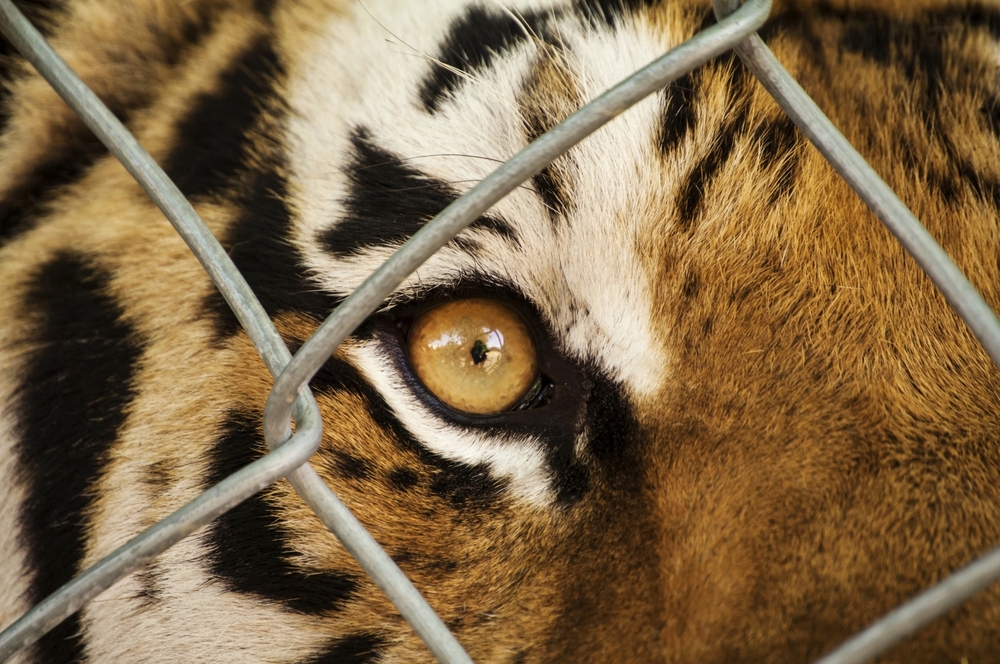 Many people are binging the Netflix documentary series Tiger King. For animal activists, a documentary about the infamous Joe Exotic and his tiger breeding and captivity seemed like it would expose big cat captivity in a way that would shine a light on a cruel industry. Instead, everyone is walking away from their screens with conspiracy theories and only speaking about rivals Joe Exotic and Carole Baskin. But the real issue is captivity and tigers are the real victims here.

People are organizing to “storm” Big Cat Rescue, Carole Baskin’s tiger sanctuary wearing t-shirts of Joe Exotic. For some horrible reason, he has actual fans and supporters around the world who want him to be freed. For a quick recap, Joe Exotic is in prison because he conspired to kill Carole Baskin, asking an employee and undercover FBI agent to do the dirty work. He was also (the part that people are conveniently forgetting) convicted of 17 wildlife charges.

His wildlife charges included killing five tigers by shooting them in the head to make room for other cats. There are sadly more tigers in American backyards than in the wild, and it’s a serious problem, not something to laugh about on Netflix.

Like many other animals in captivity, tigers display certain behaviors that indicate distress and zoochosis, which are the psychological effects of confinement. In captivity, tigers are “unable to freely move, denied a rich social life, their every need and instinct thwarted, and in possession of complex minds.” In the wild, tigers “carry out their natural behaviours such as swimming, climbing, stalking, and predation.”

Tiger captivity fuels wildlife trade with people thinking they can have them as pets or teach them to perform for audiences as Joe Exotic did. The wildlife trade involves terrible conditions where “Most are born in tiger mills where females churn out two or three litters a year, compared with one litter every two years in the wild.” National Geographic also explains: “At three or four months, cubs reach what amounts to their expiration date: They’re too big and dangerous to pet. Some cubs become breeders or are put on display. Others simply disappear.” This is something Joe Exotic knows too well since he killed at least 5 tigers (that we know about!) by shooting them in the head to make space for cubs because that’s where the money is.

So we may not know what happened to Carole Baskin’s first husband and you might find that sketchy, but that’s no reason to support someone like Joe Exotic or the cruel, terrible industry of tiger captivity.