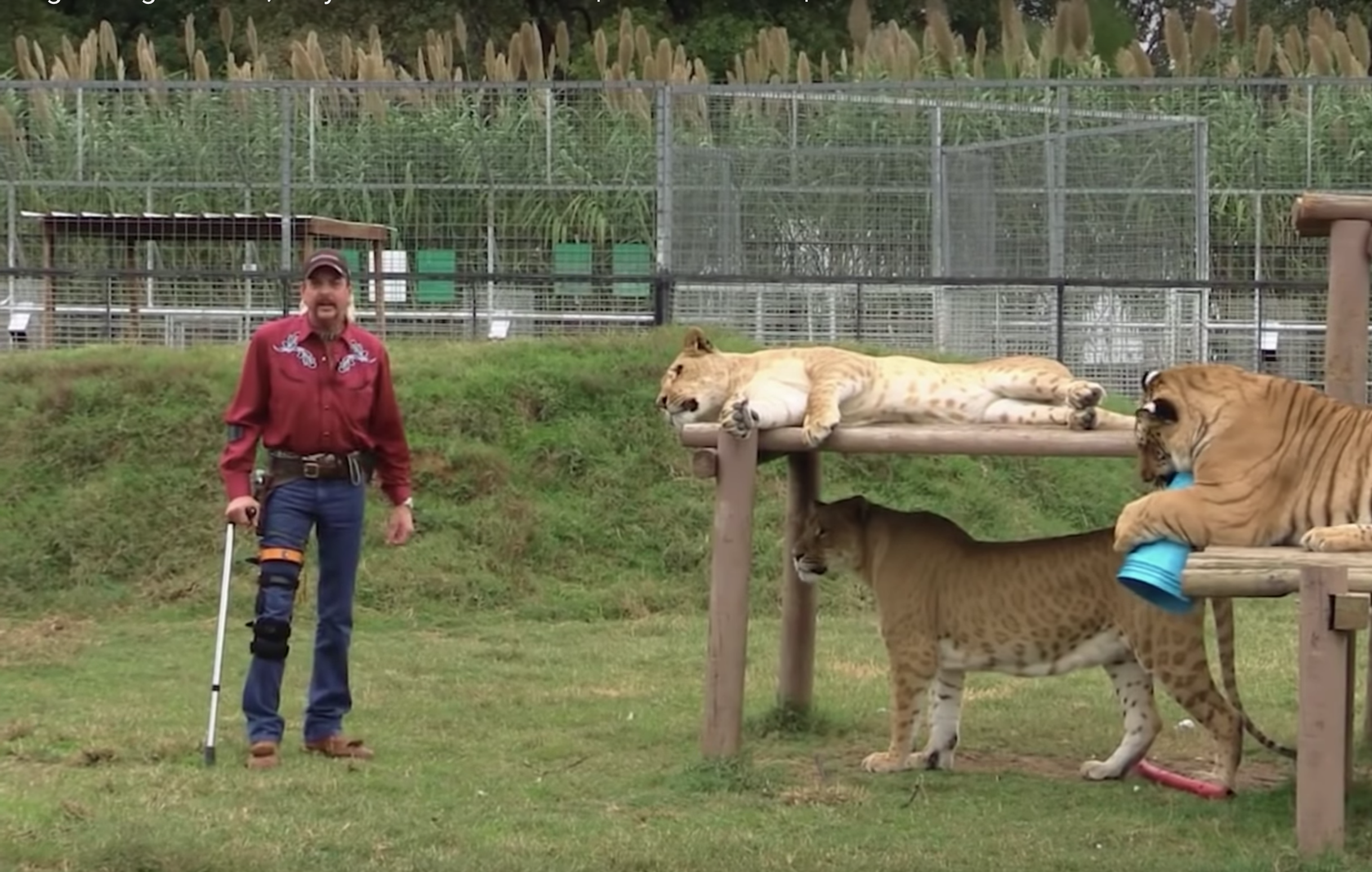 One month ago, Joe Exotic, formerly known as “The Tiger King” was sentenced to 22 years in prison after being convicted on two counts of murder-for-hire and 17 wildlife charges. Founder of Big Cat Rescue, Carole Baskin, is an animal rights activist who (via her website) exposes people who mass-breed tigers, separate cubs from mothers, and then use them as photo props. That includes Joe Exotic.

He wanted to continue to abuse and exploit tigers and didn’t want her revealing the truth to affect his business, so he plotted to have her killed. He hired an undercover FBI agent and employee to do the job. As we all know now, this did not go well for him.

But Baskin was completely right in exposing the truth. Joe Exotic didn’t just exploit the tigers for profit. His wildlife charges included killing five tigers by shooting them in the head to make room for other cats.

Tigers rescued from his horrible business now live at the Wild Animal Sanctuary. And Netflix caught it all on tape.

The studio that produced Fyre followed Joe Exotic and their documentary Tiger King: Murder, Mayhem and Madness tells the story of the extreme lengths he would go to keep his cruel business. The documentary also delves “into his dealings with drug kingpins, conmen, and cult leaders over their shared passion for big cats.”

The documentary is available to stream on Netflix as of 7 am today, Friday, March 20th.