5 Inspiring Animal Ambassadors Who Will Warm Your Heart

Have you ever learned something from an animal? Your dog, maybe? Or a bird in the wild? If you have, you’re not alone. Animals certainly are amazing creatures — if you’re a pet guardian, you likely know this already — and one of their most remarkable abilities is the power to teach humans (yes, us — the most advanced species on this planet!) valuable lessons about life. They teach us to live simply and without judgement, to be thankful for what we have and to forgive fully. They show us what true love looks like and they are shining examples of overcoming adversity.

We can learn from animals everywhere, if we take to heart the messages they convey, but some (with the help of their humans, undoubtedly) have become superstar “spokes-critters” for certain causes — both animal and human-related. Here are five inspiring animal ambassadors that are working hard to make our world a better place. 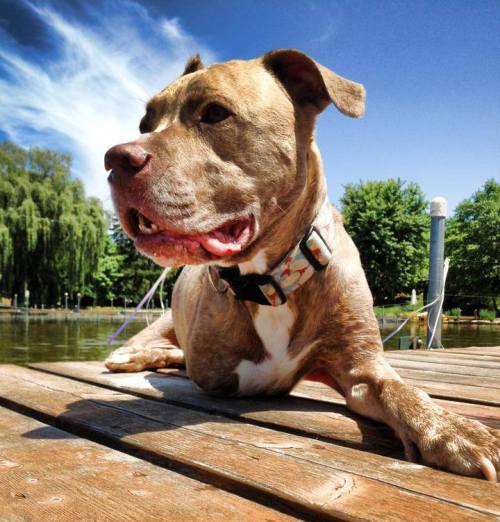 After surviving a police shooting, becoming a double-amputee and losing his home and his family, Fifty was left with a broken heart and a dulled spirit. Remarkably, his disability ended up being his saving grace and led him to his second chance. He was adopted into a wonderful home and now proudly serves as an ambassador to both his breed and to differently-abled pets. He is also raising awareness of the problems associated with BSL (breed-specific legislation), which was the impetus for the shooting that nearly took his life. He, along with his four-legged pal, Rude Dog, are spokesdogs for their organization, The Six Legs Foundation, which provides financial assistance to pet owners in need. 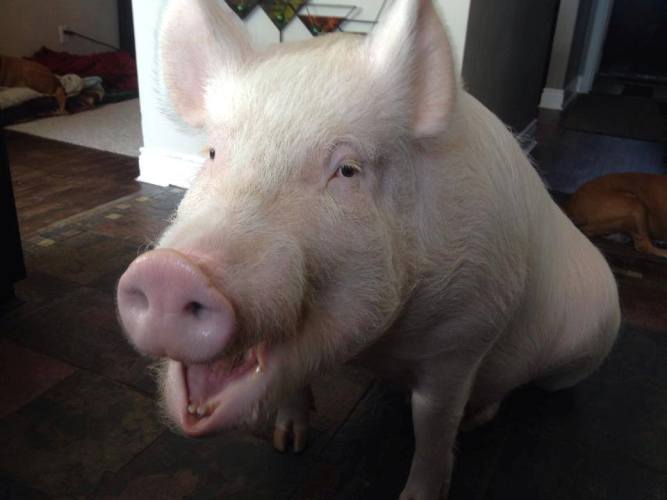 Believing that their newly-acquired “mini-pig” would never grow beyond 70 lbs., Esther‘s owners, Steve and Derek, were in for the surprise of their lives when their house pet hit the 70 lb. mark, then just kept growing. She is now a full-sized “commercial” pig and lives peacefully alongside her canine and feline housemates. After her dads started a Facebook page for her, Esther became a global phenomenon and, in the process, has become an ambassador for farm animals everywhere; it’s “The Esther Effect” in action. Esther and her family have just purchased land to build a farmed animal sanctuary in Ontario and are working tirelessly to spread the message of compassionate living. 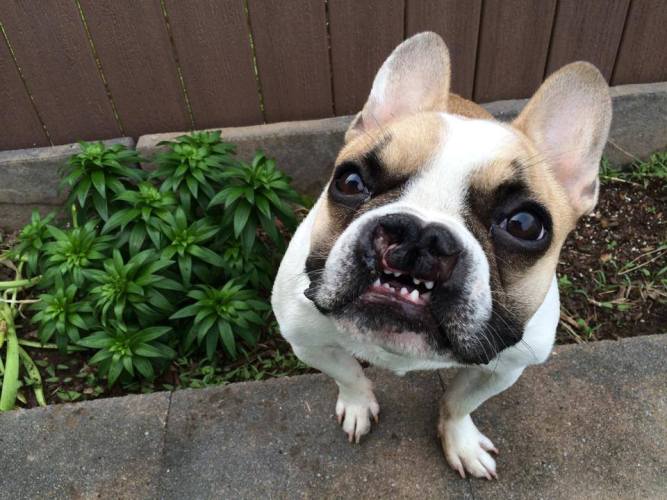 Born with a severe cleft hard/soft palate, lip and nose, Lentil, a newborn French Bulldog puppy, was given a chance at survival by his dedicated foster mom, Lindsay. After many months of careful tube-feedings, Lentil underwent surgery to correct his condition and allow him to eat normally. Lindsay and Lentil’s surgical team decided to correct his malformity, but to leave his physical appearance as a reminder that it’s okay to look a little bit different. He now is a healthy, happy ambassador for children with facial malformities similar to his and he makes appearances throughout the U.S. He has partnered with Street Tails Animal Rescue, the French Bulldog Rescue Network and the Children’s Craniofacial Association to help raise funds and awareness for the important work that these organizations do each day. 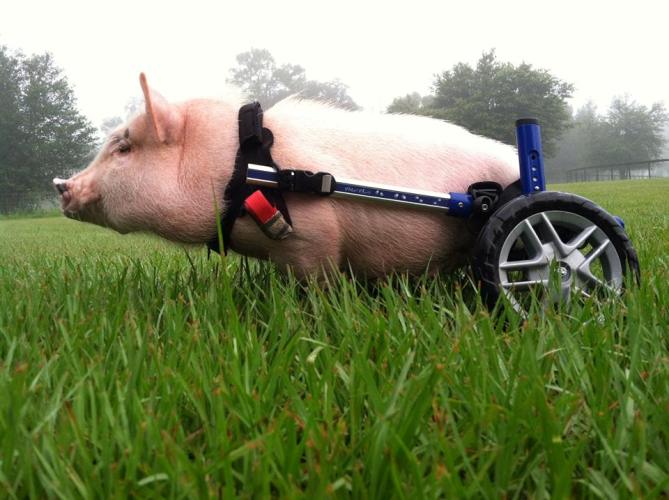 If you can get past his clever, but cringe-worthy name, you’ll quickly fall for Chris and his wheelchair antics. As a piglet born with non-functioning hind legs, he was surrendered to be euthanized when veterinarian, Dr. Len Lucero, intervened and vowed to do his best to give Chris a happy life. He built a tiny wheelchair from some of his son’s old toys and Chris took off with his new found freedom, growing healthy and strong. Now nearing his full-grown size, he has moved on to a wheelchair designed for dogs and spreads his messages of positivity and disability-acceptance through television appearance and visits to children’s hospitals. He even has a book and is working on getting a movie deal! 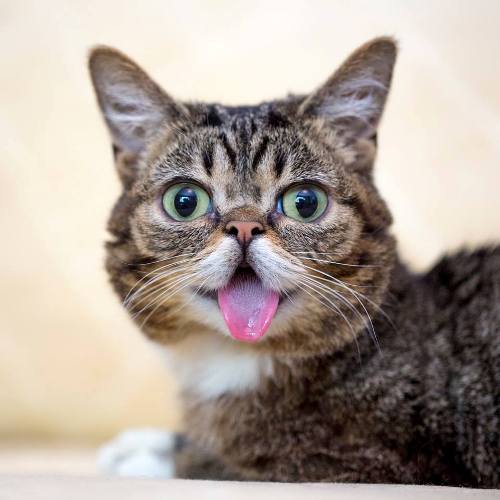 Lil Bub’s “perma-kitten” size and unique facial features are not the results of designer breeding, but rather, genetic defects. Despite her appearance, she lives a healthy, content life with her “dude” and serves as an ambassador for homeless and special-needs pets. Through proceeds from her online store and meet-and-greet appearances at animal shelters throughout the U.S., she has helped raise more than $60,000 for various animal-related charities and is currently running a campaign with the ASPCA — Lil Bub’s Big Fund for the ASPCA — which provides grants to organizations to help offset the costs associated with caring for special-needs animals.