India’s Most Beloved Animal Shelter Faces Closure – How You Can Help! 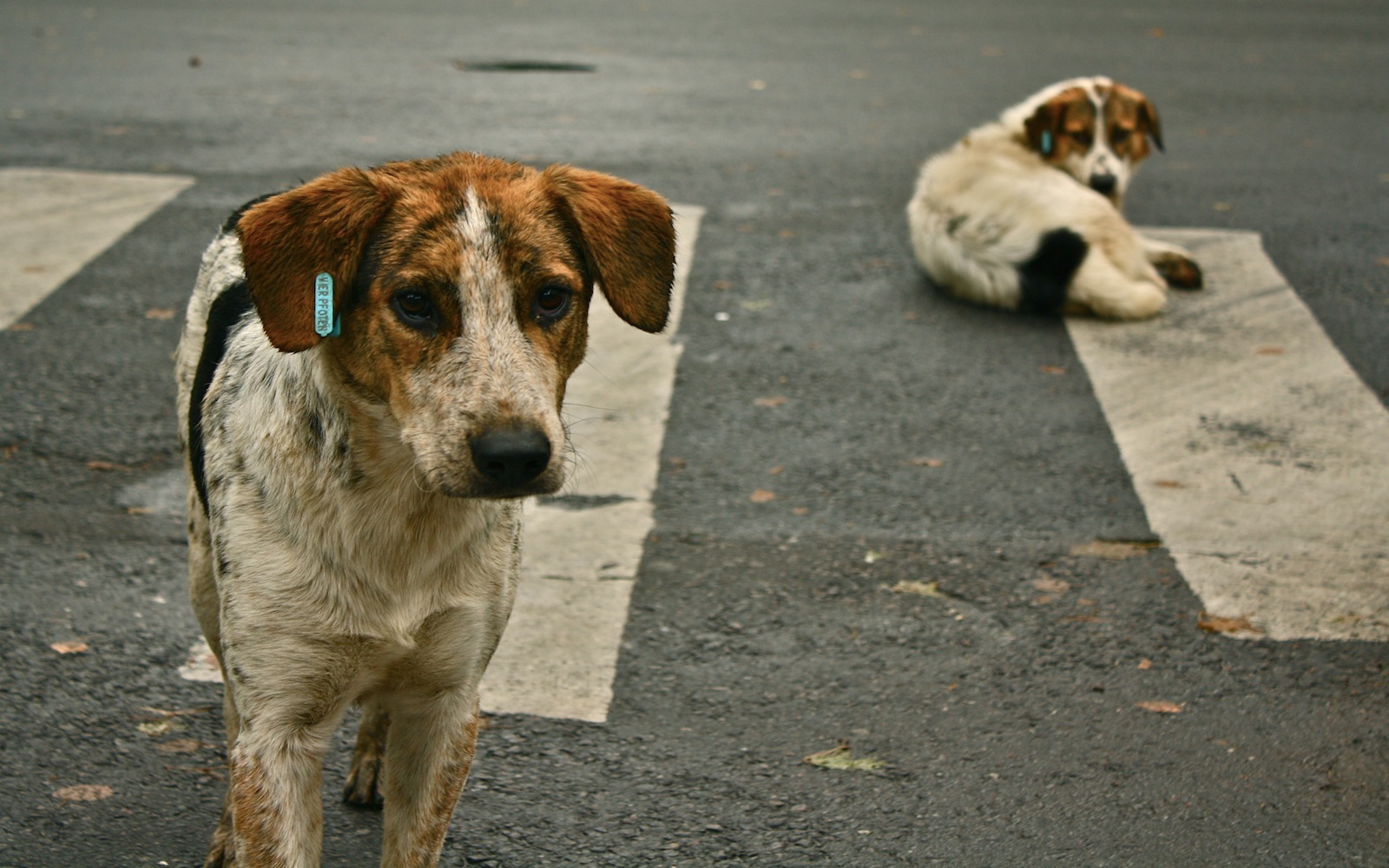 The oldest animal shelter in Delhi, India, Friendicoes Society for the Eradication of Cruelty to Animals (SECA) was recently the center of widespread media attention.

Based in India’s capital New Delhi, the shelter was started in 1979 by a group of school children, in a small shop with neither electricity nor running water and a mere curtain as a fourth wall. Within its first week, Friendicoes cared for almost thirty dogs and 12 cats. It has since grown beyond expectations and has become India’s most famous animal shelter. 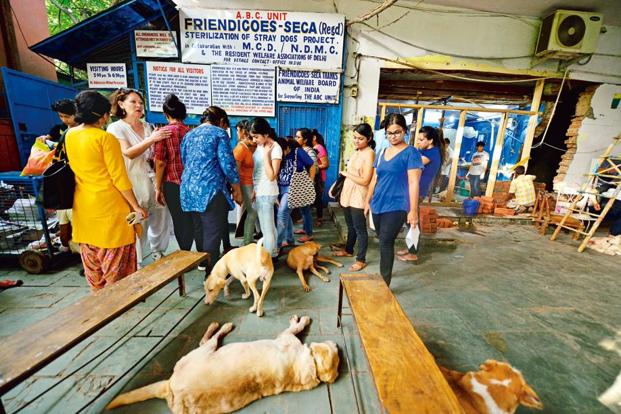 Friendicoes rehomes multitudes of homeless animals and cares for over 2,000 animals at any given time, across four facilities in Delhi and the National Capital Region (NCR). Alongside its main shelter in Defence Colony, it runs a clinic in South Delhi, a country sanctuary in the Gurgaon suburb — where it cares for retired police horses, who would be auctioned off to carry carts and heavy loads were they not taken in by Friendicoes — and two animal birth control centers in East and West Delhi that run the city’s most successful spay and neuter program for stray animals. Additionally it runs a helpline and organizes various vaccination drives for stray dogs in the capital.

One of the 36-year old refuge’s chief and best-known features is its 24/7 ambulance service, which drives all around the NCR to pick up strays or abandoned animals in need. The ambulance routinely rescues and cares for abused and ill animals with anything from fractures and skin infections, to open wounds and acid burns.

According to Geeta Seshamani, co-founder and vice-president of Friendicoes, the shelter ambulance responds to “over 900 distress calls each month” relating to stray animals that have been hit by cars, are sick or have been abused or traumatized by cruel handling. Additionally, theirs is “one of the largest cat sanctuaries in the north” and they “have over a hundred cats that come to [them] through injuries, street attacks, and accidents.”

Seshamani describes Friendicoes as more than a shelter: “It’s a place of great solace, of healing and caring for the hundreds of souls that pass through our doors.” 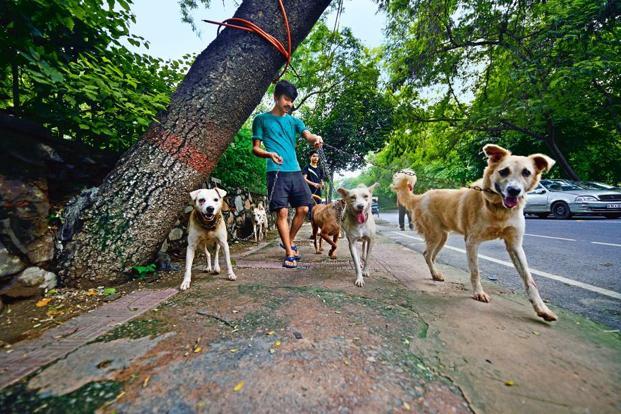 Part of what makes Friendicoes special is its policy never to turn away an animal in need. “Every morning, we find dogs abandoned at the shelter. We have to take them in,” said Geeta Seshamani.

But rescuing animals is not all Friendicoes does. It also attempts to curb the growing trend of animal abuse and abandonment by educating the public, organizing school programs to teach children compassion towards animals and urging people to “adopt rescued and abandoned dogs rather than purchase pedigreed dogs that are usually imported breeds, not suited to Indian weather conditions.”

A Country Where Stray Animals Are a Rule, Not an Exception

In India, stray dogs — also called pariah dogs or pie dogs — are a common sight in urban areas and large cities such as Delhi. Most pertain to the native landrace of the Indian sub-continent sometimes known as INDog or “Indies,” though some have mixed with dogs from imported breeds.

These dogs live as free-ranging urban animals, feeding off scraps they find. This exposes them to accidents, disease and acts of human cruelty. While some dogs are fed and cared for by communities and certain kind individuals, others are left to fend for themselves and breed freely, which adds to the wide pool of strays roaming the streets.

Some pie dogs are adopted by families straight off the streets or cared for by shelters and put up for adoption through them. Unfortunately, adopting the strays is not always possible because of the sheer number of them. Additionally, they often come from generations of dogs that have learned to live on the streets and appreciate their freedom to a certain extent. The next best thing after offering them up for adoption is to use the “catch, sterilize, release” method of population control. Less dogs on the streets mean fewer accidents, human-animal conflict, and disease.

In Delhi, Friendicoes has taken center-stage in the initiative to bring down the stray population; the shelter was assigned to carry out a continuing sterilization drive in Delhi by the municipal corporation. Friendicoes combs the city area by area, sterilizing dogs, caring for them post-operatively, before releasing them back to their territory. They also use the opportunity to vaccinate the strays to control rabies and other diseases. However, the municipal corporation still owes Friendicoes the equivalent of 58,000 dollars for its work!

The Beloved Shelter Close to Shutting Down

Because of this and the significant cost of medical care and food for its animals, the oldest animal shelter in Delhi recently found itself in dire financial straits. Facing closure, the shelter was unable to pay its debts and powerless to safeguard the future of the hundreds of vulnerable animals in its care.

August 13th, an initial post on Friendicoes’ Facebook page alerted followers of the shelter’s financial plight. The shelter — “liked” on Facebook by close to 65,000 people — is also widely known in Delhi for its quick response to calls alerting it of animals in distress, but mostly for its effective and humane sterilization program.

It is thanks to its popularity as a valuable organization working hard to care for Delhi’s stray and unwanted pet population that the shelter’s call for financial help was shared widely on social media. The “Let’s save Friendicoes from shutting down” campaign was launched on BitGiving, an Indian crowdfunding platform, on August 24th, followed by a host of individual initiatives, such as collection drives organized by students, a clothing label named Vajor creating t-shirts to help save the non-profit and a photography exhibit featuring animals rescued by Friendicoes being held, with proceeds from the photos going to the shelter. 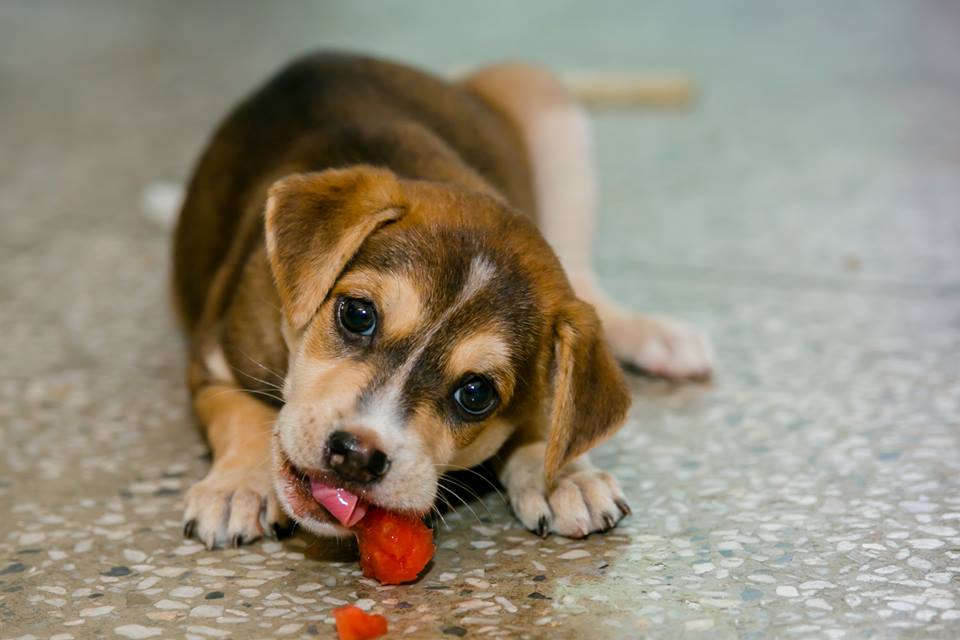 Thanks to these crowdfunding campaigns as well as to the support and generosity of thousands of individuals, Friendicoes is out of the dog house and back at work housing dogs. A couple months after its initial post and a powerful Internet campaign later, the organization has managed to raise the equivalent of $91,000 to keep it running, for now.

Even when it was caught in a financial crisis and on the verge of shutting down, the shelter did not give up or shut its doors: “We simply refuse to allow that to happen for the sake of the thousands of animals who would be left helpless and dying on the streets of Delhi,” says Geeta Seshamani.

“It’s been a very emotional time, to go from facing closure to receiving so many generous contributions,” Seshamani told the Times of India.

A quick scroll down Friendicoes’ Facebook page gives a face and a story to the thousands of animals rescued by the organization: from Blindey the unfortunate dog found with his eyes gouged out to Tripod the three-legged pup, Friendicoes saves countless vulnerable animals who would be out on the street were it not for generous contributions by the public.

One of these dogs is Royce, a sweet black lab abandoned in the street who was rescued by Friendicoes. Royce subsequently caught distemper and sustained injuries from another dog but was cared for all through his journey by the shelter that worked hard to heal his physical and emotional wounds and finally found him a loving home. Animals who aren’t as lucky as Royce and can’t be rehomed are taken in permanently, going to live in Friendicoes’ lifetime sanctuary in Gurgaon. 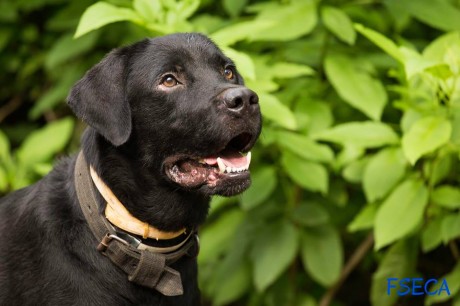 Thus, contributions and donations are continually needed to allow Friendicoes to keep up its lifesaving work and ensure that animals in Delhi are not left to suffer without care or hope. Additionally, the funds raised so far are only enough to clear part of the existing debt. Donors in India can contribute funds here, as well as offer donations in kind to the shelter. You can also add your name to the petition urging the municipal corporation of Delhi to give Friendicoes the money it is due.

For campaign updates and information on the non-profit’s amazing work, follow Friendicoes’ Facebook page. Finally, you can follow out the amazing example that this shelter sets by always remembering to Adopt, not Shop.