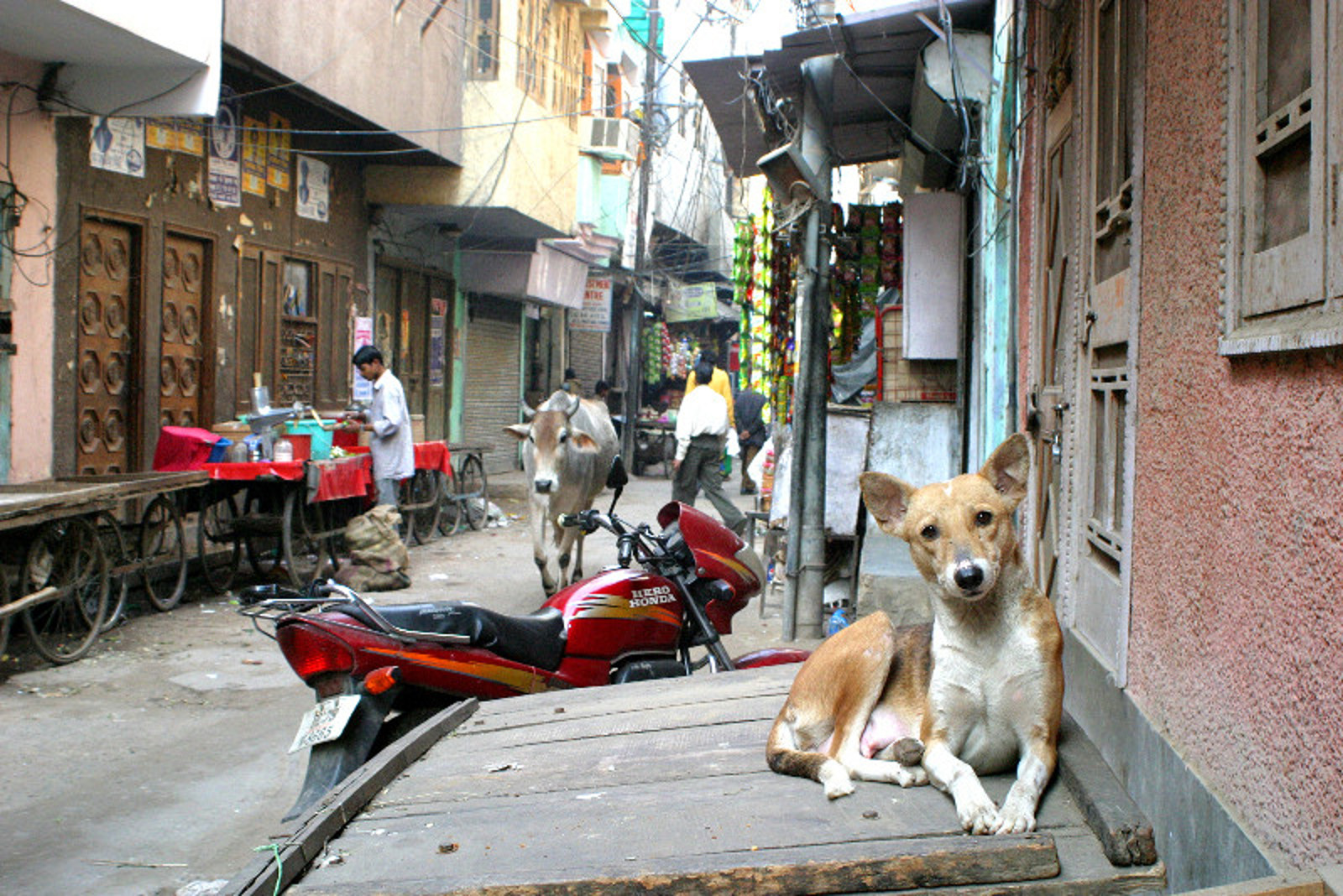 My family, from Seattle, Wa., has lived in India for 20 years and we have ran a rescue program for street animals since 2002, treating 45,000 animals since then. The number of success stories is a phenomenon and they touch us deeply every day, but to understand their significance, it’s helpful to understand the context of India and its lively street animal population.

Unlike in the West, India actually has laws to protect the rights of animals who live in the streets as they have done for thousands of years. Instead of a death sentence for dogs who are not adopted, the law gives dogs the right to live where they were born. India is one of the only countries in the world that includes compassion for animals in its constitution. It is an astounding expression of tolerance that even while cities grow, displacing the animals who were there first is considered illegal.

Who are India’s street dogs? 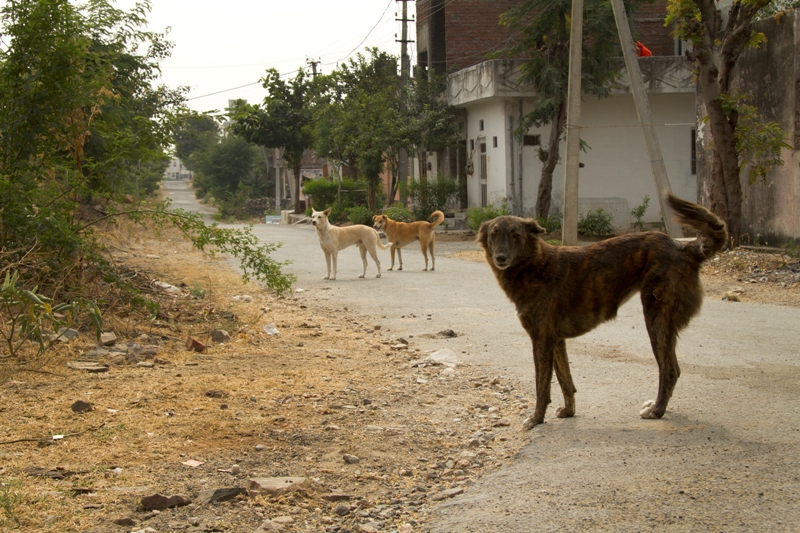 The free-roaming dogs who color the village lanes, byways, and city streets throughout India are usually indigenous to India and the Asian Subcontinent, just as dingos are original dogs, indigenous to Australia. They are not pets who were abandoned. They come from hundreds of generations who have been born into/adapted to living in villages and cities and evolved from a proto-Indian dog over thousands of years of occupancy in India. 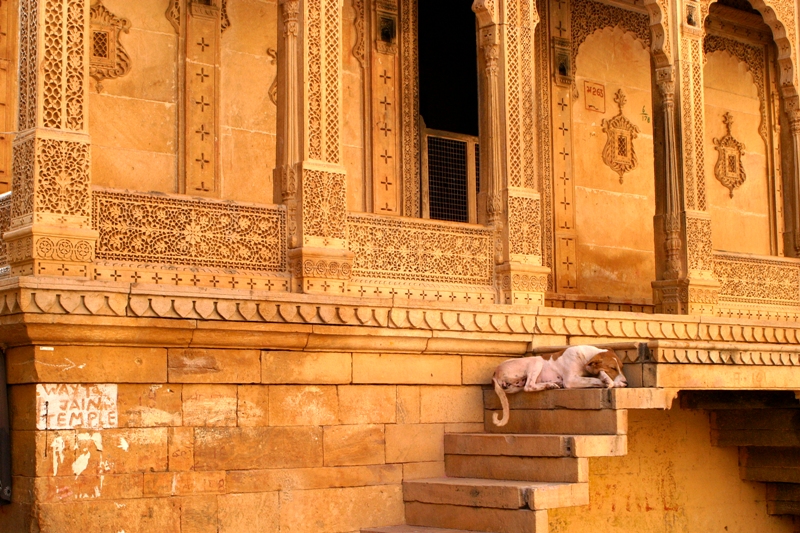 While the vast majority of animals who live on the streets are happy, well fed, and healthy, when animals meet problems they do need help. But sadly, help for street animals is not available in most cities and without the infrastructure of a hospital and ambulance, most people don’t know how to help.

When we founded Animal Aid Unlimited, our mission was to help animals by giving the community a phone number they could call, and a place they could come to save a life. We knew that people wanted to help, and so we set out to heal injuries and connect with people who care too.

When we arrived in Udaipur 18 years ago, animals died in the street from untreated wounds and illnesses.

Today, Animal Aid rescues 15 to 25 injured or sick animals every day, cases ranging from a thorn in a paw to a cow fallen in a ditch to a dog paralyzed after an accident. Each and every rescue was possible because a local Indian called on our helpline to make the report.

During the last 12 years, because of Animal Aid, Udaipur has become India’s city with the largest per capita population of residents involved in animal rescue.

Why return healthy animals to their home on the streets? 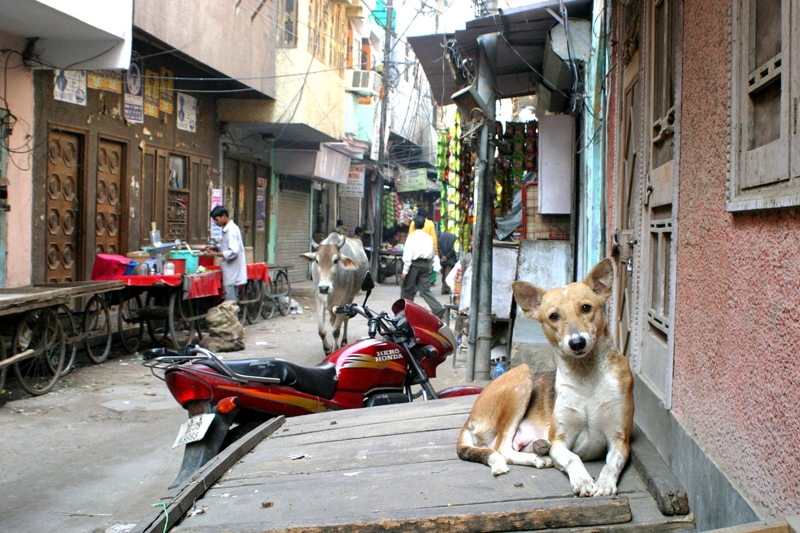 One Green Planet has recently shared the incredible rescues and recoveries of Tony, Yamuna, and Toffee. Their stories have inspired many people to become more interested in the situation faced by Indian street animals.

Let’s focus on Toffee for this discussion, OGP’s most recent rescue feature on Animal Aid. Toffee’s terrible injury likely started from a fight with another dog and a puncture wound to his ear. The puncture got infected and, within just a few days, flies had laid eggs that turned into flesh-eating maggots. His condition became critical within just a few days but he fully recovered after treatment. Toffee is about eight years old and was neutered at Animal Aid several years ago. In these eight years, he was critically injured once, received the help he needed, and now he is healed.

The answer to the problem of street animals is not to remove them from the street — not only would that be currently impossible to do humanely, but removal would not further our goal of inspiring compassion and protection for animals. In medium-sized cities like Udaipur, there is no street dog adoption even remotely available. Some families keep breed dogs but most people’s homes are small and while many care for the dogs in their neighborhood, they usually don’t bring them inside.

With just 80 kennels and space for 100 disabled animals, Animal Aid would soon be full if we didn’t return animals to their neighborhoods. Space must be reserved for the critically injured and those who cannot survive on the street because of disabilities. Among the several dozen shelters for animals in India, all, as policy, return healthy animals to the street.  The street homes of dogs include the nooks, crannies, and roads where a dog was born and dozens of animal friends, special favored spots for a nap, and personal relationships with people who feed them.

Compassion to the Rescue!

Before Animal Aid, and in most of the cities throughout India where no rescue services exist, an animal hit by a car means the animal lays on the side of the road and bleeds to death.

But not in Udaipur. A road accident almost always results in a call for rescue. Often, we receive multiple calls to report an injured animal who needs help. A first-time caller is touched to discover that they receive gratitude with prompt service, invitations to visit, and several follow-up calls to detail the progress of the animal. This ensures that people who have called once, will call again and again. When it comes time to return a healed, spayed/neutered, de-wormed, bathed, and inoculated animal to his/her neighborhood, our efforts have strengthened the ties between that caller and the animal. We make sure the caller realizes that they helped save a life, and, in turn, that life becomes even more precious to them.

Every time our ambulances pull up to the rescue, dozens of people crowd around to watch compassion in action — people are thankful, they donate, visit, call to ask for updates, and they call again when they see another animal in need.

Sometimes, it is hard for us to release animals back to their neighborhoods because we love them. Sometimes, we wish we could keep them all. But the animals cherish their freedom and it is worse to imagine keeping them confined in a shelter which would soon be overcrowded if not for the rescue-return cycle. But it’s even worse to imagine not being able to say, “Help is on the way!” to the next call we receive for an animal who needs us.