From Captivity to Plastic: How Human Actions Impact Orca Whales and What You Can Do 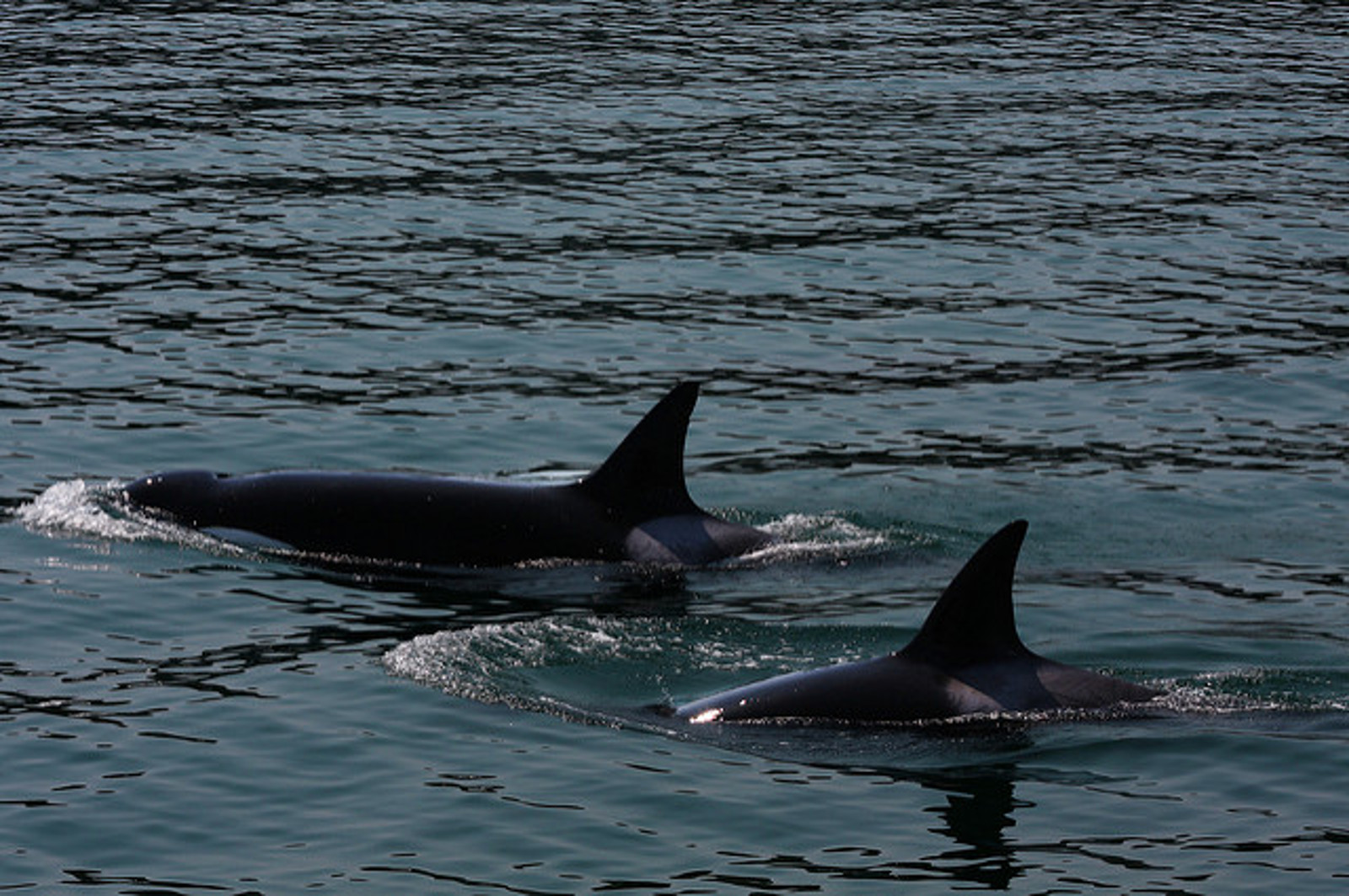 Orca whales are truly breathtaking animals. Their sheer size, strength, speed, and dignity have inspired countless legends and stories in cultures all over the world. For example, the Tlingit tribe of North America has traditionally viewed orcas as special protectors of humankind. For this reason, the tribe never hunted orcas, despite frequently hunting other whale species. At the end of 2017, an enormous 2,000-year-old geoglyph of an orca was found by archaeologists in Peru, South America. Researchers from the German Archaeological Institute suggested that orcas may have held a supreme status in the mythology of the ancient culture who lived in the area at the time of the geoglyph’s creation.

Wild orcas typically live in tightly bonded matrilineal pods. They remain close to their immediate family members all their lives and can travel up to 100 miles in a single day. This makes them one of the most widely-ranging mammals in the world. Their brains are approximately four times larger than human brains, while MRI scans have also revealed that the brain lobes responsible for processing complex emotions are significantly larger for orcas than they are for humans. Wild orcas’ behavior around humans has frequently been observed as surprisingly respectful and gentle: despite their “killer whale” name, there has never been a recorded incident of a wild orca killing a human being.

Sadly, orcas are facing a variety of issues that threaten their survival today. 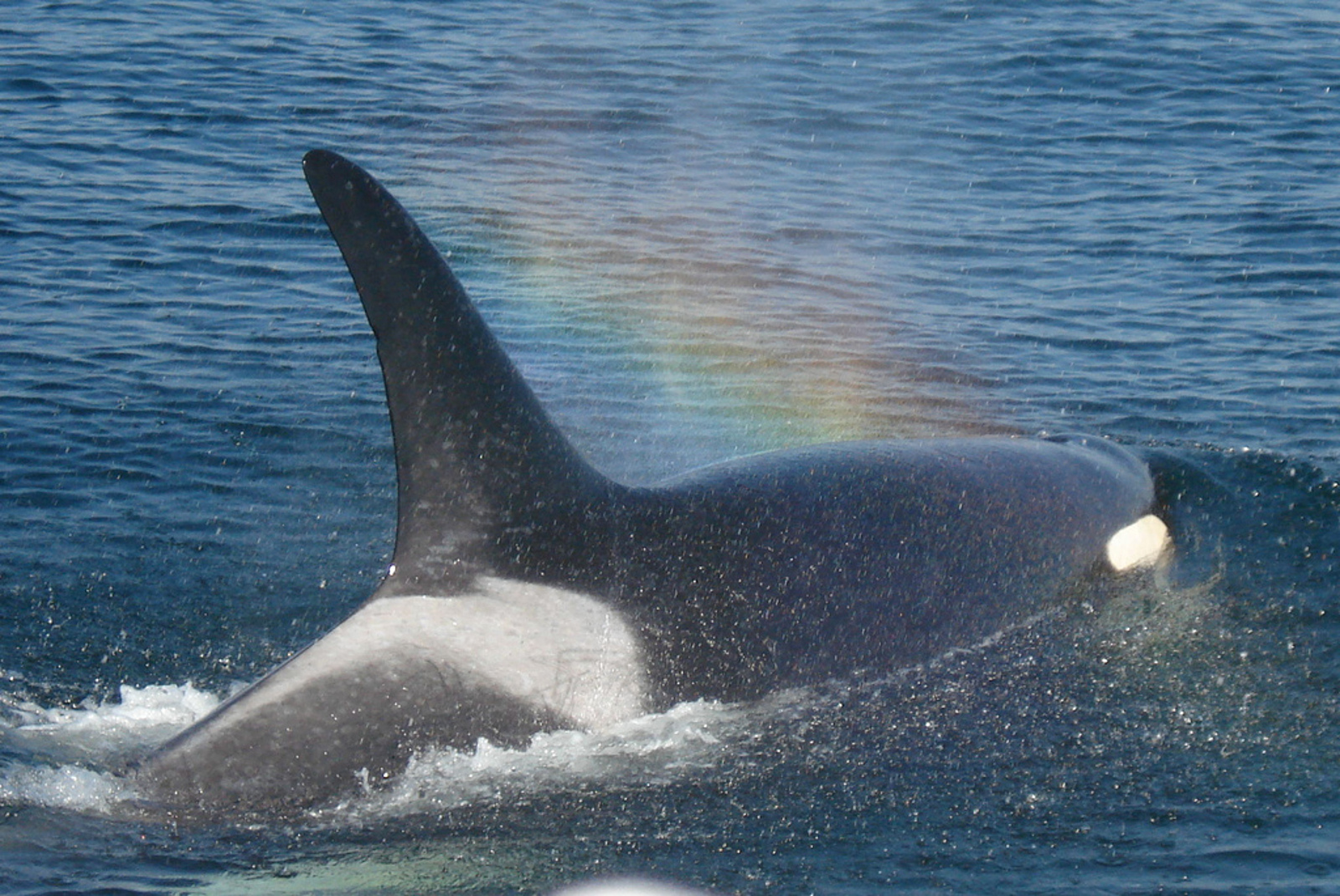 One issue that has left a significant impact on these animals is that they have been targeted for capture and imprisonment by marine parks around the world for decades. One of the most well-known and tragic cases of an orca who dealt with the enormous strain of a life in captivity was that of Tilikum. He was captured off the coast of Iceland in 1983 at the age of two: an event that – by many accounts – left him highly traumatized. At the time of his death on January 6, 2017, Tilikum had spent most of his life in SeaWorld Orlando. On February 24, 2010, he killed his trainer Dawn Brancheau after losing his temper and dragging her underwater during a performance. Tilikum had also been connected with the deaths of two other humans before this.

Brancheau’s tragic death was explored in the 2013 documentary Blackfish. This popular documentary detailed several ongoing health and safety concerns that SeaWorld had failed to address before Brancheau’s death. It also shined a spotlight on the dubious treatment of orcas and other marine animals at SeaWorld’s theme parks. Following Blackfish‘s release, it was cited by many as the main reason SeaWorld attendance figures and profit margins began to witness a steep decline. The corporation’s most recent CEO, Joel Manby, had to step down earlier this year after failing to improve its tarnished reputation.

An array of both physical and psychological health problems such as dorsal fin collapse, depression, abnormal repetitive behaviors, dental problems (usually caused by the orcas’ repetitive chewing of their enclosure walls or barriers), and aggressive actions are rife among captive orcas. These conditions are virtually never witnessed among wild orcas.

Orcas who dwell in their natural environment tend to live by a sort of “pod code” that prohibits serious aggression among members of the group. When conflict occurs, they have the option of simply swimming away from the situation until tempers have cooled. Sadly, the typical captive tank represents only 0.001 percent of the territory that would be available to an orca in the wild, so captive orcas have no such choice in the matter. Morgan, a young female orca living in Loro Parque amusement park in Tenerife, Spain, has been the victim of frequent bullying, physical attacks, and even sexual assaults by her tank mates.

Sadly, human interference with our planet’s oceans has also made life significantly more difficult for wild orcas in recent years. 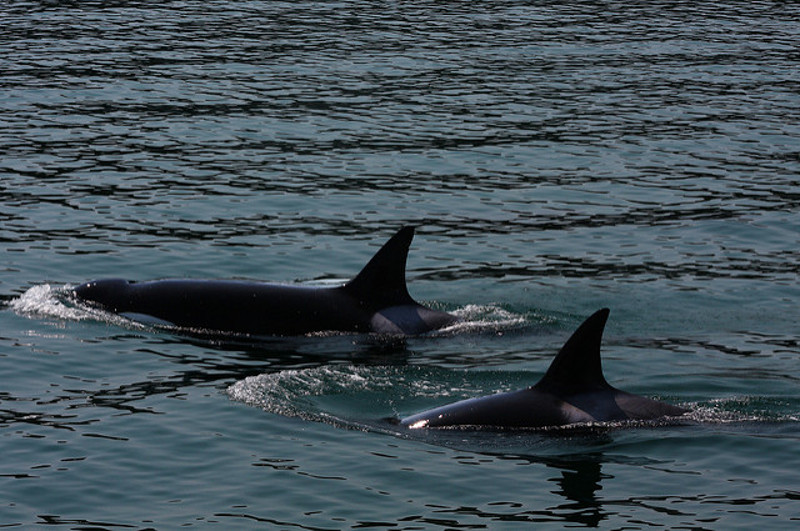 One problem that has caused difficulty for many marine species – including orcas – is our rampant consumption of plastic and our unfortunate habit of using the seas as a dumping ground. We produce an estimated 300 million tons of plastic annually. Of this figure, 8.8 million tons find their way into the oceans each year, where it threatens over 700 marine species with extinction. There are 46,000 pieces of plastic in every individual square mile of the ocean. These pieces of plastic can remain intact for up to a thousand years, before finally breaking down into countless, tiny microplastic fragments, so this problem is not going away anytime soon. We have reported on many sad cases of marine animals dying after ingesting or becoming entangled in our trash.

One wild orca named Lulu died off the coast of Scotland in 2016 after ingesting toxic chemicals. She had also become entangled in a fishing net: representative of yet another problem that afflicts orcas and other marine animals. Overfishing is draining the oceans of life, wiping out fish populations all over the world while also killing an untold number of rays, turtles, dolphins, seals, whales, and other animals who are caught and killed as unintended “bycatch” species. Lulu is just one of the orcas to have suffered this fate.

Luckily, there are many ways you can raise awareness of both captive and wild orcas’ plight. Knowledge is power, so by educating yourself on the various issues involved, you are already one step closer to being a powerful force for change. Sharing this post, or one of the articles linked below, is one simple way to help orcas today. You can also take action in your everyday life by keeping an eye out for petitions aimed at helping captive orcas, or by reducing your consumption of plastic – for example, by refusing to take single-use items such as plastic straws or bags in your local store. Check out some of the resources below to get started.