Holiday Guide to Gifting an Animal a Happy Home 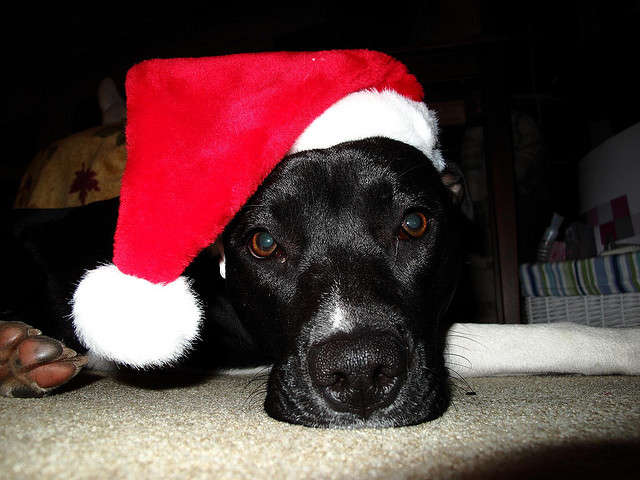 Should a puppy or kitten be an impulse buy? Or should you cool your heels while waiting for a dog or cat?

As the holiday season approaches, and gift-giving gets into full-swing, there will be those whose thoughts turn to a bright-eyed kitten or puppy with a big red bow around its neck. But if you’re considering giving (or getting) a new companion animal, of course it’s not so simple as rushing out to your local toy store and picking one up.

As all One Green Planeteers know, the kindest place to get an animal is not from the pet store (aka puppy mill customer) or the backyard breeder, but from an animal shelter. That way, your gift does double duty: pleasing the recipient and also saving a life. But wait. It’s still not so simple. There are shelters that will let you walk away with an animal just a few minutes after meeting it. And there are others that are appalled at the idea of same-day adoptions. Which is better?

I can see both sides. I’ve worked with groups that do it both ways.

One group was affiliated with my local county shelter. It was a well-meaning, motley collection of old and young people, males and females (but mostly the latter), and married couples and singles. None of them had formal training in rescuing animals, and of course none of them earned a salary for their weekend work.

Nevertheless, they were dedicated enough to spend their Saturdays arriving at the shelter before dawn, bathing and grooming the dogs and cats (since that job was rarely tackled by the shelter staff during the work week), loading them into portable cages, hoisting the cages into their cars and trucks, driving about 10 miles to the nearest shopping center,  unloading the cages from the vehicles, calming the by-now terrified dogs and cats, and imploring the public for the next eight hours to please consider adopting one of these homeless creatures. For all those who weren’t lucky enough to find adoptive humans, the volunteers then had to do the cage-hoisting and transporting in reverse, taking the animals back to the shelter to face their uncertain fates.

This group allowed (no, encouraged!) same-day adoptions. Just as at the shelter where the animals came from, the mobile adoption events offered people the chance to fill out a single-page application, pay $50, and go home with a new furry friend.

There were beautiful moments when perfect strangers would stop in their tracks, transfixed by a dog in a cage. It was love at first sight. Everyone celebrated those matches.

But then there were dodgier encounters. Perhaps it was a man wearing shabby clothing, saying little, barely looking at the dog, pulling out his wallet, and leading the animal away. Or a woman mobbed by five or six screaming children, plucking a kitten from a cage, and handing it over to the youngest child without a thought for the animal’s (or child’s) welfare. The volunteers couldn’t help wondering if those animals were going to new homes where they would be fed, watered, sheltered from the hot sun and cold rain, let alone loved.

They rationalized their misgivings away, arguing to themselves that any home was better than no home. The alternative—the county shelter—was really no home at all. Upwards of 90% of the animals there were killed, in order to make room for the always-arriving new inmates.

I worked with another group that did things entirely differently. This group had its own no-kill shelter located on the property of one of its members who lived out in the country. They were organized enough to have applied for non-profit status, enabling them to accept cash donations for pet food and veterinary medicines. When they brought their prospective adoptees into town for meet-the-public events, they knew they would be taking the same number of animals back that night. No one was allowed to adopt an animal on the spot.

Instead, would-be adopters were told to fill out a 4-page questionnaire asking a variety of personal questions. Have you had other animals before? Have you always cared for them up until the day they died of natural causes? Do you have a fenced yard? How many children do you have? What is the name and address of your veterinarian? What is your yearly income? And on.

After a few days, the volunteers would look over the answers. If they didn’t see any red flags, they would call the adopter and arrange for a home inspection. If the home was well-maintained, spacious and secure enough for the introduction of an animal, situated in a good neighborhood….then the animal would be brought in. The adopter paid a $150 fee. And nothing was ever final. If the adopter decided that the animal was not working out, this group would undo the adoption and retrieve the animal.

Which all sounds great on paper. Except that I always wonder how many perfectly loving families are discouraged from adopting a homeless animal because of this incredibly long gauntlet they have to run. Maybe their income isn’t high enough to pass the volunteers’ scrutiny, but they still could be counted upon to provide all the necessities for a dog or cat. Maybe their yard isn’t fenced, but they still would be vigilant about taking the dog out on a leash three times a day. Maybe if they were allowed to take the cat home on the same day that they see her, they would be smitten for life.

Perhaps this group’s regulations are too stringent, going beyond what is reasonable to assure a good adoptive home, thereby ultimately leading to the saving of far fewer lives. And perhaps, therefore, you should take your business elsewhere.

If there is room in your heart and your home this holiday season for a new friend-for-life, do adopt.  May you find the animal, and the rescue procedure, of your dreams.