The Hidden Cruelty Behind Livestock Auctions and How You Can Help 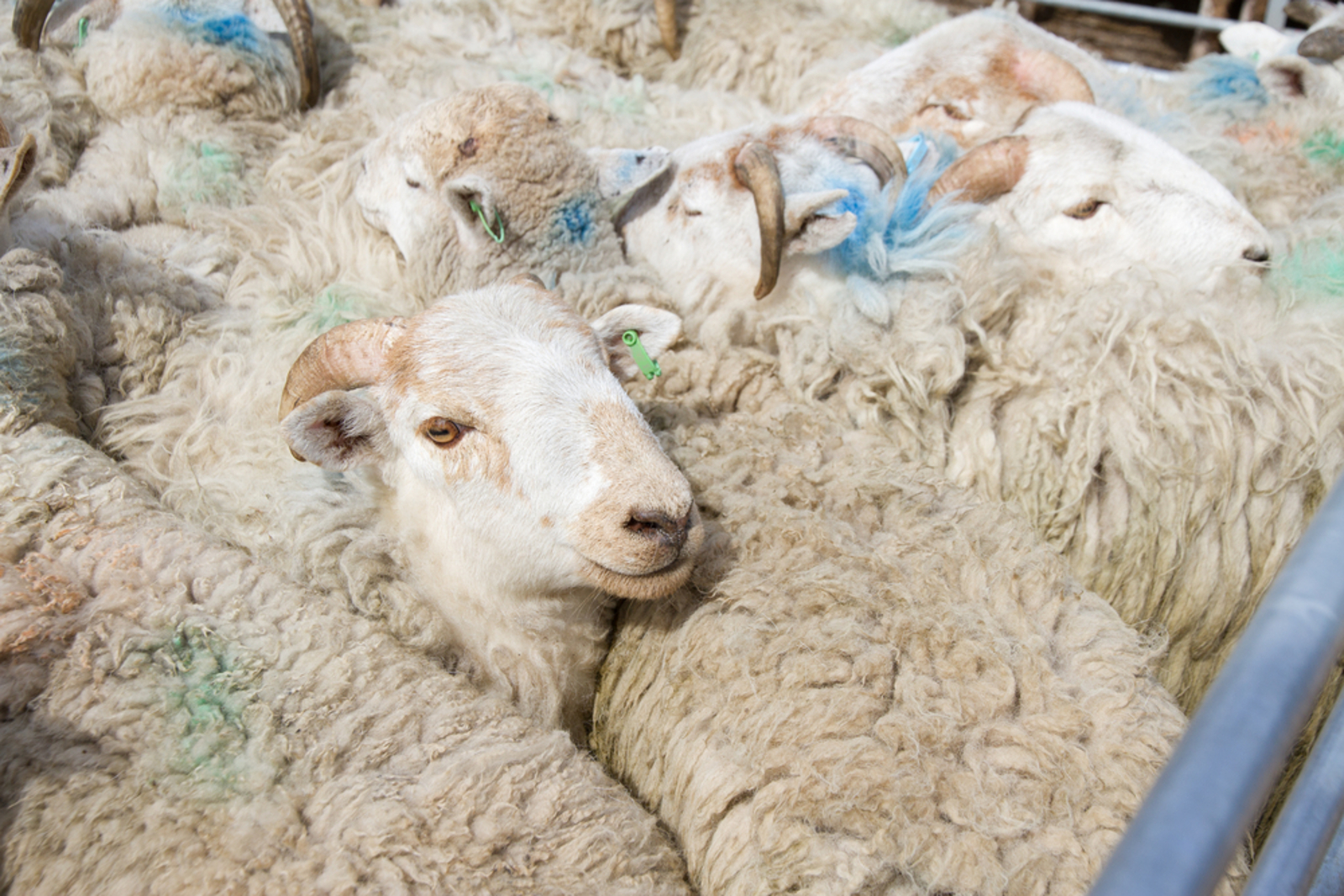 There is a term which describes the indifference shown to farmed animals in comparison to those considered to be our companions – cognitive dissonance. “Food” animals have long been the victims of exploitation, indifference, and cruelty. They are mere commodities. All resemblance of basic rights and freedoms denied to them. We profit from their suffering and pain. Even when they can no longer serve a purpose or use, we ship them to slaughter overcrowded, filthy transport trucks for miles and miles. What most may not be aware of is the majority of these gentle beings will first be run through an auction house prior to slaughter – bought and sold like merchandise with little thought of compassion.

Livestock auctions have a reputation of outright cruelty and abuse. Animals may be shipped from auction to auction with no access to food or water. They are physically thrown, dragged, pushed with electric prods, and left to suffer. Treatment of our companion animals in this manner would be far from acceptable. How are cows, pigs, chickens, sheep, and horses treated during these sales? How can you help expose the truth?

Abuse in the Auction House 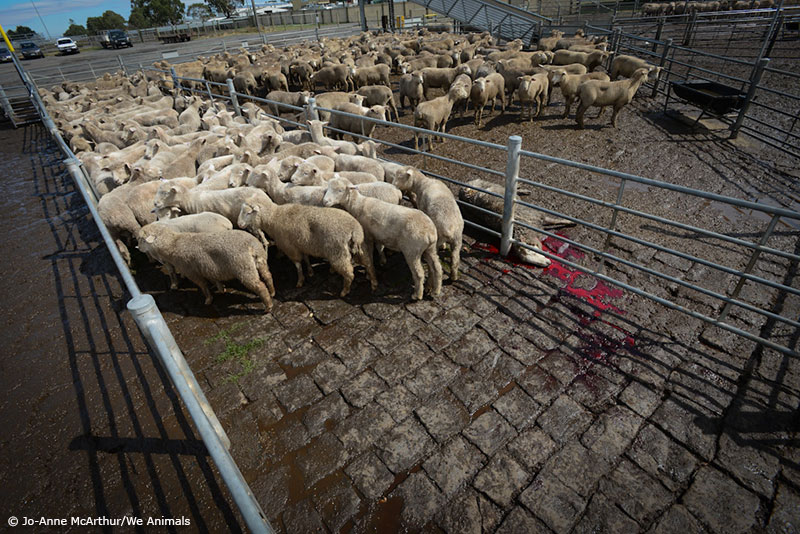 According to Canadians for the Ethical Treatment of Farmed Animals (CETFA), no laws exist forcing livestock auctions to provide food, water, or basic veterinary care to the animals. Some may even be shipped to and from multiple auctions, remaining in transit for weeks. Dairy calves and young beef cows under extreme panic can be seen in the daily and weekly sales. Separated from their mothers at only days old, often with their umbilical cords still attached, they are forced through the auction ring, pushed and prodded for maximum efficiency and highest bid. Animals used in breeding and production are shown no mercy.

There have been reports mother cows and pigs, after years of confinement in stalls and gestation crates, being sent through the auction in extreme pain and duress. Likewise, animals suffering from severe illnesses or emaciation are not shown any kindness. Their broken bodies can still gain their owners a sizeable profit. Animals that should otherwise be humanely euthanized under normal circumstances can be hauled to the livestock auction and put on display.

Animal Justice Canada recently filed animal cruelty complaints in relation to a case of abuse at a livestock auction in Nova Scotia, Canada. Witnesses reported seeing a cow “being aggressively jabbed with a cane in her sensitive underside, punched in her engorged udder, and shoved multiple times with a metal gate, all while workers yelled at the distressed animal.” The incident was thankfully recorded on video, thus providing undeniable proof of abuse. Sadly, this is just one example in a long list of reports of cruelty in auction houses. Without animal advocates and activists, the reality behind the livestock auction would remain in the dark, hidden from view.

Pennsylvania is home to one of the largest auctions dealing in horses – New Holland. It is a frequented by kill buyers, individuals whose sole purpose is to purchase horses and ship them to slaughter plants in Canada or Mexico for monetary gain. This particular livestock auction house has a notorious reputation for animal cruelty. There have been countless reports of extreme abuse and neglect.

The animal rights group, Animals’ Angels witnessed one such incident in March of 2016 when a severely abused horse was dropped off at the weekly auction. After workers at the sales stable noticed investigators documenting the animal’s poor condition, the horse was taken behind the scenes, shot, and thrown into a dumpster. Animals’ Angels reported it is “concerning that action was taken only when auction workers realized that the horse had been seen by investigators, at which point it was shot rather than being attended to by a vet.” The sales stable has since implemented a no photographs/video ban at the auction. Those in violation of the rule will be removed from the property. Animal welfare advocates believe this is in direct response to social media exposure of repeated animal cruelty. 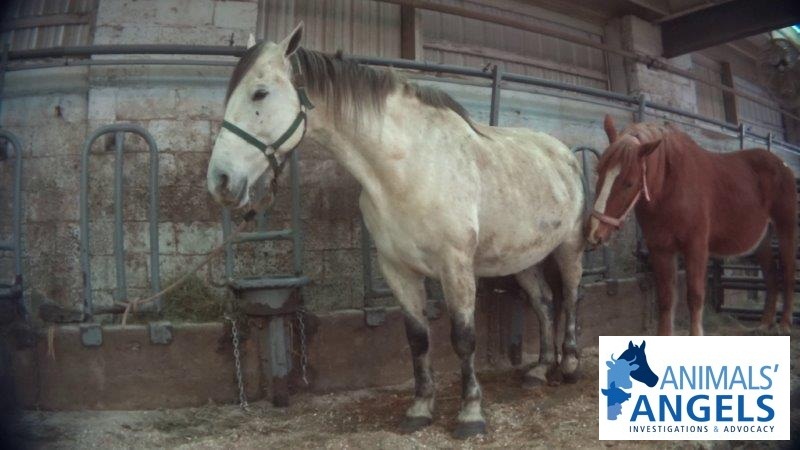 It is important to educate yourself and others about the realities of livestock sales. If there is a Save Group in your area, attend a vigil held at an auction house and bear witness. Document the condition and handling of the animals. Report cases of abuse to the appropriate authorities. Take the time to sign the petition calling on the Livestock Marketing Association to protect animals. Support organizations trying to make a difference in the lives of farmed animals. In Canada, the CETFA is working to improve conditions including provisions for food, and water, as well as banning the use of electric prods, dehorning, and branding. As animal activist, Joanna Lucas once said, “the value of a sentient life is not measured in its utility to others, but in its immense, irreplaceable value to the being whose life it is.”