Halal Whale Meat: The Latest Trickery of the Whaling Industry 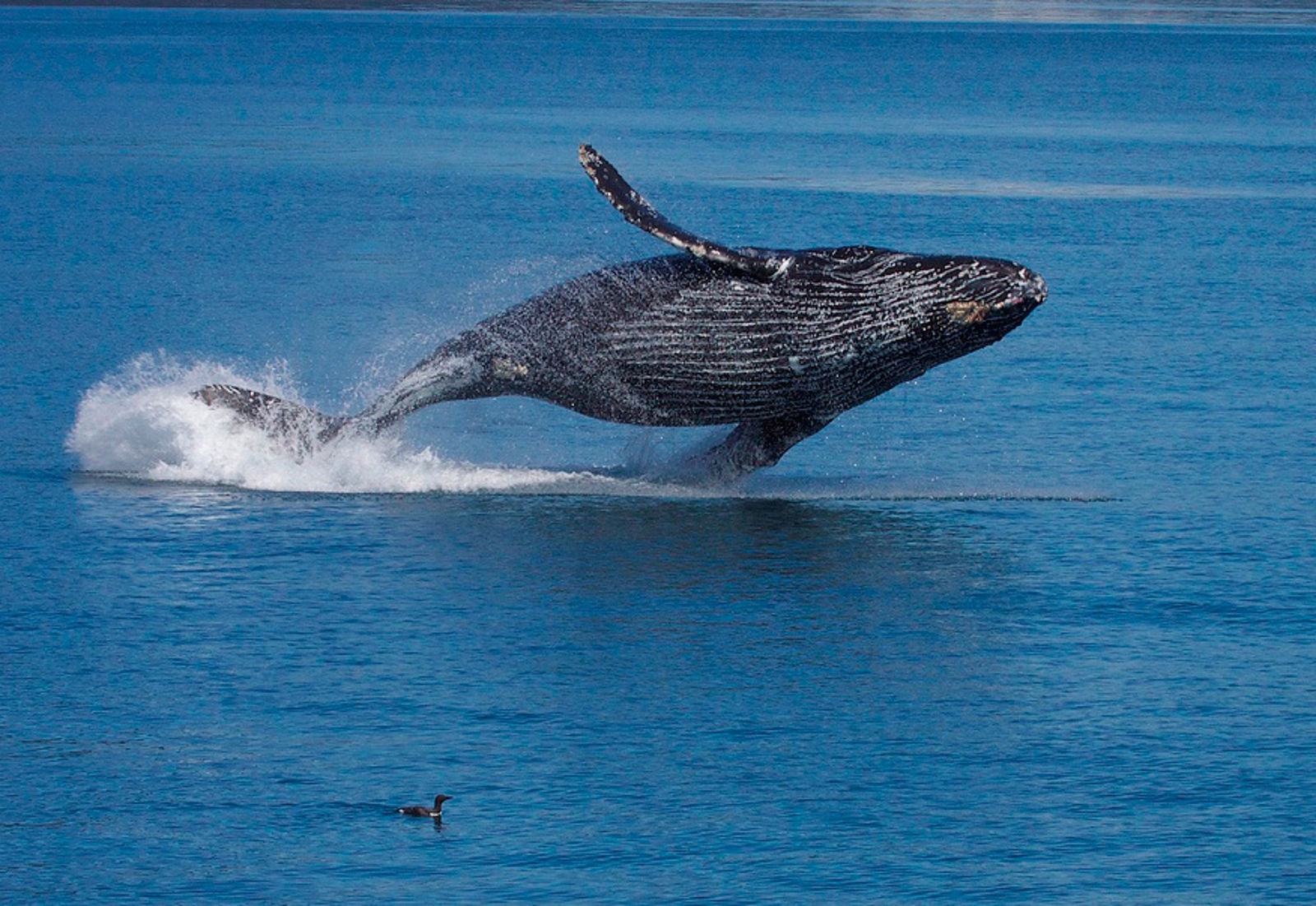 “Whoever is kind to creatures of God, is kind to himself.” – Prophet Mohammed (SWAS)

Recently, the Japanese whaling industry came up with one of their most ludicrous statements, in their attempt to seduce the 100,000 Muslims living in Japan, in an effort to turn them into whale meat consumers. According to that statement, the Nisshin Maru has been awarded with a certificate declaring that whale slaughter abides by Muslim law — meaning it is halal.

I was raised Muslim, my whole family is Muslim, and I am, therefore, very curious to know who signed this certificate and even more curious to know how much he was paid to sell his soul and his faith to the whaling industry?

Indeed, in Islam, in order for meat to be considered halal, the killing of the animals has to meet very strict criteria that are neither met by the whaling industry nor by any sort of industrially produced meat in the world.

Basically, whale meat can be considered halal meat according to the principles of Islam today under the following conditions:

The reality of Japanese whaling is:

Factually, the whole procedure is meant to minimize the killing of animals and I am very curious as to how the whaling industry can pretend to be respecting any of this:

The person who holds the animal and the person who cuts it must always observe the five times prayer. Therefore, it must be the Imam and the mu’azzin who perform the qurban, because very often they are the only ones who regularly observe the five times prayer. This also means that the qurban must take place near a mosque where two such people can always be found. Before beginning the slaughter, they must first perform their ablutions, and then they must recite the kalimah three times and feed water to the animal which is to be sacrificed. The neck of the animal must be turned in the direction of the Qiblah [Mecca], so that the eyes of the sacrificial animal look into the eyes of the person who is doing the sacrifice. The person must look into the eyes of the animal and then, saying the kalimah, he must cut the neck. And he must continue to look into the eyes of the animal until its soul departs, repeating the Zikr all the while. Then after the soul has departed, he must say the kalimah once again and wash the knife. Only then can he move on to the next animal. He has to look into the animal’s eyes, he has to watch the tears of the animal, and he has to watch the animal’s eyes until it dies – and hopefully, his heart will change. (M. R. Bawa Muhaiyaddeen, Asma’ ul-Husna: The 99 Beautiful Names of Allah, 1979, p. 182)

Once, Allah told the Holy Prophet Muhammad, “With this qurban the killing will be greatly reduced, for where they used to kill 1,000 or 2,000 in one day, they will now be able to slaughter only ten or fifteen animals. If they started after morning prayers, it would be ten o’clock by the time they are ready to begin, and they could slaughter only until eleven o’clock when they must prepare for the next prayer. In addition, it takes about fifteen or twenty minutes for each animal, because he has to wait until the soul has departed.” This is how Allah instructed the Holy Prophet.

Claiming that the floating slaughterhouse, the Nisshin Maru, has been granted with a halal certificate, making it lawful for Muslims to eat whale meat that results from the horrible agony of animals belonging to an endangered species, just emphasizes once again how immoral and despicable the whaling industry is, trying to push Muslims into doing exactly the opposite of what Allah wants them to do.

If Islam rules regarding the treatment of animals were respected, billions of animals would be spared a lifetime of suffering. It would be the end of the meat industry and the end of all whaling. So if the Japanese whaling industry truly wants to promote halal meat, it should leave its ships in port, forever. Even zoos and marine parks would be forbidden as per the prophet Mohammed (SWAS): “It is a great sin for man to imprison those animals which are in his power.”

Truth is, if the rules of Islam regarding the treatment of animals were followed, millions of Muslims would immediately turn vegetarian as neither whale meat nor any sort of industrial meat can ever be halal. Calling those meats halal is shameful heresy.

Islam also speaks of defending wildlife and as such, whales are certainly concerned and there is no way any sort of whaling could ever be endorsed by Islam. A great illustration of that came up few days ago. Following the recommendations of the Koran, the highest representative of the largest Muslim country in the world, Indonesia, has called on a “fatwa” (moral war) against illegal trafficking of wildlife.

It is also useful to recall the way animals are perceived by the Koran, and compare it with the meat industry, which considers animals to be objects or industrial production units. In Islam, animals are to be considered and respected as part of the divine creation, like humans:

“There is not an animal in the Earth, nor a flying creature flying on two wings, but they are peoples like unto you. We have neglected nothing in the Book (of Our decrees). Then unto their Lord they will be gathered.” Verse (6:38)

In that aspect and contrary to most beliefs, even if Islam remains a homocentric religion as other monotheist religions, it clearly demands that animals are respected and provided with care, natural life conditions and food, and minimal pain. None of this is anywhere to be found in the meat industry, as it is impossible to respect those rules in a large-scale production.

As of 2010, more than 1.6 billion people, or about 23.4 percent of the world’s population, are Muslims. Islam has now become the second and fastest growing religion in the world. Therefore, Muslim consumers represent a tremendous market. Like the whaling industry, fast food brands have sniffed this burgeoning opportunity and have come up with the “halal hamburger,” which is in fact no more halal than a whale meat burger or even a bacon cheeseburger. “Halal burgers” are a concentration of agony and pain endured by animals that never had a natural life, nor natural food, that were fed with chemicals and that welcomed death as the end to their suffering. All of which violate the sacred principles of Islam and make this meat undoubtedly haram (forbidden) for the followers of Islam.

Again, if Islam has enjoined Muslims to limit themselves to halal meat, it was in order to greatly reduce the killing of animals. And now the meat industry and the whaling industry are trying to mislead Muslims into eating more meat. The meat which they provide to them.

Coming from a Muslim background myself, I seriously hope that Muslims in Japan won’t be fooled by the recent vicious lie of the whaling industry. And I can only encourage Muslims around the world to read more carefully the holy texts and consider what is truly “halal meat” as described in the holy Kuran and not as it is labeled by the meat industry. Right now, most Muslims feed themselves everyday with haram meat and contribute to the suffering of millions of animals that Islam has been trying to prevent. Muslims are being fooled by the meat industry that has long ago sold its soul to the devil.

On a personal note and all this being said, I must add that being a vegetarian myself, I think that “nothing would benefit the planet, the animals and humankind more than a vegetarian diet.” I am just borrowing this quote from someone who’s got some time to think about it: Albert Einstein.