Greyhound Racing is Anything but Fun for the Dogs 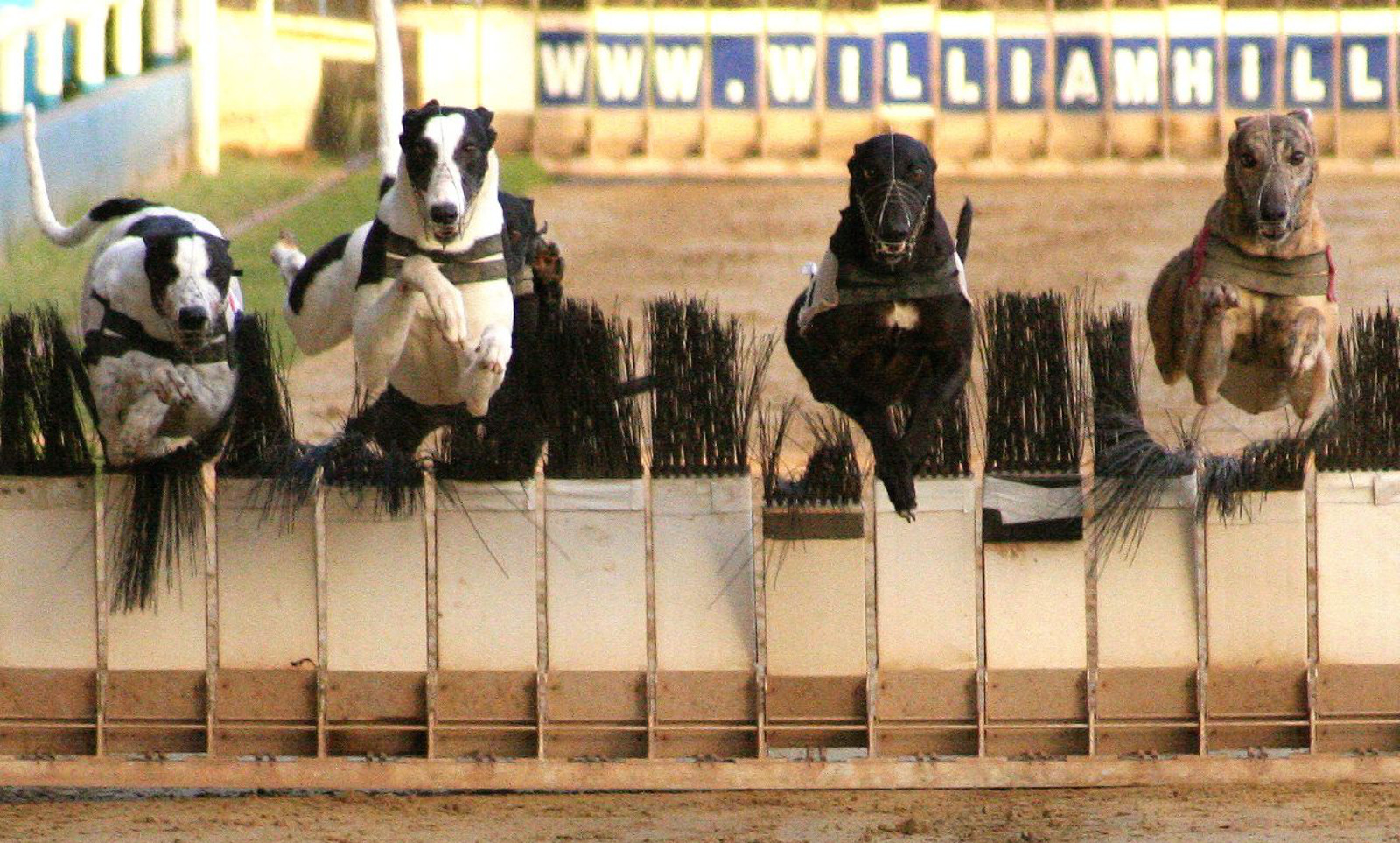 When most people see dogs, they see pets, friends and loyal companions. As such, dogs enjoy a special status in our society that other animals, like farm animals, don’t get to experience. However, when it comes to Greyhounds used for the racing industry, this is sadly not the case. Like cows or pigs that are commodified in animal agriculture, Greyhounds used for racing are valued for the monetary worth only – and as a result, subjected to terrible abuse.

There are, unfortunately, more than 20 tracks operating in the United States in states such as Alabama, Arizona, Arkansas, Florida, Iowa, Texas and West Virginia. At these tracks, the dogs are forced to endure terrible conditions. Racing makes millions in gambling revenue, but it has a dark side that many people do not see or choose to ignore so they can enjoy the thrill of the event.

Conditions at the Tracks

Greyhounds do not receive normal social contact or adequate medical care at the race tracks. While fewer people now attend the races due to bad publicity and better public awareness, this decreased revenue has only led to worse track conditions for the dogs that make them more likely to be injured.

The Greyhounds typically spend more than 20 hours a day in crates stacked on top of one another. These cages are only big enough to allow dogs to stand up in them and some enclosures do not have heat or air conditioning. 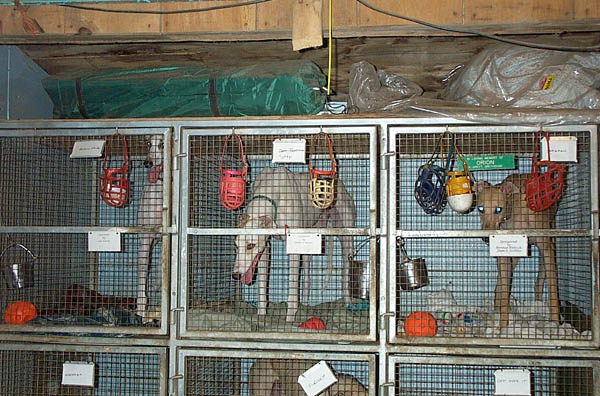 The dogs kept muzzled for extended periods of time which often leads to them developing mouth sores and parasites. In addition to these conditions being uncomfortable and dangerous, they also make it easy for contagious diseases to spread. Sounds a lot like a form of factory farming. It is certainly, like factory farming, a way to exploit animals and treat them like cogs in a machine. 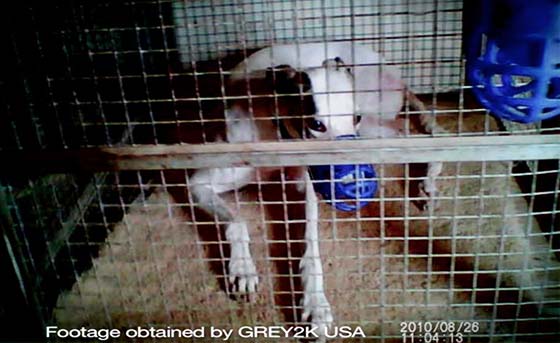 Greyhound Deaths On the Tracks

Greyhounds are sensitive to temperature changes due to their thin coats and lack of body fat, but there are often large fluxes in temperature at the tracks. In Alabama, for example, at VictoryLand dog track 23 greyhounds died slow deaths after the heating system broke. According to Grey2K, there have been at least 27 cases of Greyhound neglect in the U.S. reported in the past eight years. Some of these tragic cases involved starvation and dehydration deaths, fire, and heatstroke – and these are only the cases that have been reported…

Many deaths and injuries also occur on the track. In an approximately six-year period on a Massachusetts track, (racing is now banned in the state) over 800 dogs were injured during racing.

Dogs are also commonly injured while being transported between tracks. According to Grey2K,” After completing their race training, at about eighteen months of age, Greyhounds are sent to tracks across the country in hauling trucks. These haulers are largely unregulated.” Sixty dogs can typically be moved in one truck with two to three dogs per crate. To add insult to injury, often ice is put on the floor instead of using air conditioning. These are obviously not ideal conditions for the health of the dogs.

Grey2K elaborates that in one case, two greyhound haulers were suspended for 30 days and fined after eight Greyhounds died while being transported to Arizona. “At least some of the dogs were being sent to race at Tucson Greyhound Park. The haulers claimed that they were unable to check on the dogs for part of the trip due to bad weather, but a state report of the incident found that “the evidence does not support that they drove through severe rainstorms.”

Greyhounds can live thirteen years or more, but they are only valuable to the people who run race tracks between the age of 18 months to five years old. After this point, most dogs start to physically break down and can no longer perform on par with younger dogs. Their fate once they retire can be rescue and a forever home – for the lucky ones – but more likely, it is death or breeding.

According to PETA, in one horrific incident, “the remains of approximately 3,000 greyhounds from Florida racetracks were discovered on the Alabama property of a former racetrack security guard who had been ‘retiring’ unwanted greyhounds with a .22-caliber rifle for more than 40 years.”

As of 2015, Greyhound racing was illegal in 39 states and tracks existed in seven states. Over the past ten years, the wagers at races in Florida went from $620 million to $300 million. While this is all positive news, there is still a lot of work to be done for Greyhounds, and you can play an important role in ending this industry!

One option is direct action. You can hand out leaflets or other educational materials at races and events. Encourage family and friends not to attend, as well. You can also write letters to the editor of your local paper. Even if Greyhound racing is banned in your state, there may still be breeding occurring there. Find out what’s going on in your area!

One of the most important things you can do is educate yourself. The organization Grey2K has a ton of information about Greyhound racing. Stay informed and work with groups like Grey2K to pass legislation to end this cruel sport. If you are able to, you can also adopt a retired greyhound. There are lots of groups out there looking for good homes for them. Whatever you do, take action to help greyhounds and show people they are more than commodities!