Justice for Sharks! Historic Verdict in the Galapagos Islands 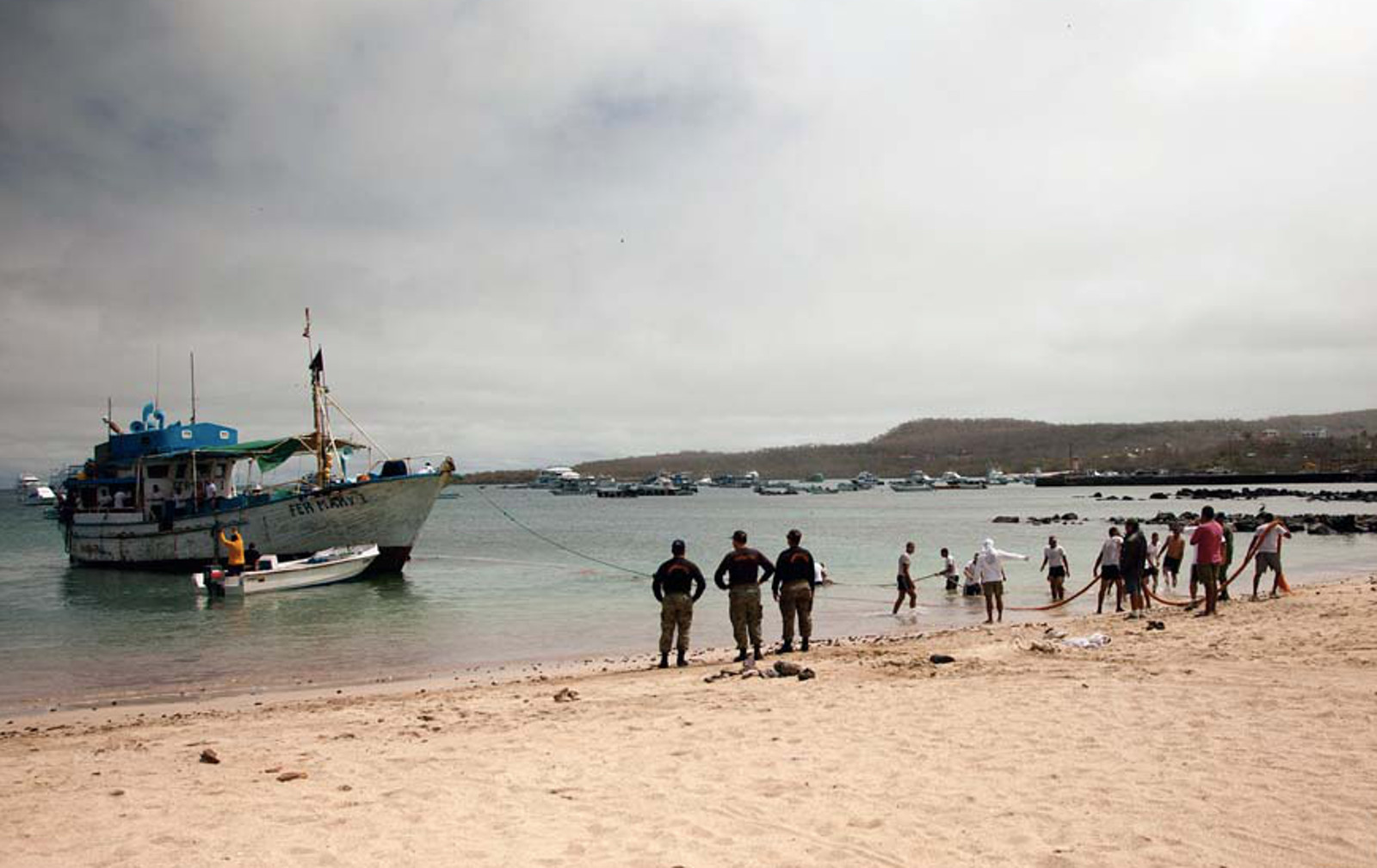 An Ecuadorian Tribunal has issued a historic verdict on the notorious Fer Mary case. The Tribunal found the captain and crew of the fishing vessel, guilty of poaching sharks in Galapagos, a protected area and a UNESCO (United Nations Educational, Scientific and Cultural Organization) World Heritage Site. It is the first judicial conviction of its kind in 17 years, since the taking effect of legislation adopted to protect the archipelago.

This case dates back to July 18, 2011, when rangers of the Galapagos Marine Reserve (GMR) and the Ecuadorian Navy apprehended the industrial longline-fishing vessel, Fer Mary, some 20 nautical miles inside the GMR: 357 sharks were found in this Ecuadorian vessel.

On July 19, 2011, the Galapagos environmental prosecutor opened a judicial investigation in this case. After four years of intense litigation, which included complex procedural issues, this verdict is welcome. The judges sentenced the captain of the Fer Mary to two years in prison, and the crew to one year. The verdict also orders confiscation of the six accompanying motor launches, as well as the destruction of the Fer Mary. The latter ratifies a previous judicial decision, adopted last year.

Upon evidence presented at trial by the environmental prosecutor as well as the Galapagos National Park, the Tribunal concluded that the Fer Mary deliberately entered into the GMR. This is important because it dismisses the prevalent force majeure theory, by which “malfunctioning” vessels carried out by winds and currents, “accidentally” enter into the protected area.

The Tribunal also concluded that the sharks were the target: Evidence showed that 96 percent of all fish found in the vessel, were sharks of different species. It also found longline, a prohibited fishing tool in Galapagos. This is also important because it dismisses the inconsistent by-catch argument, often put forward in court. 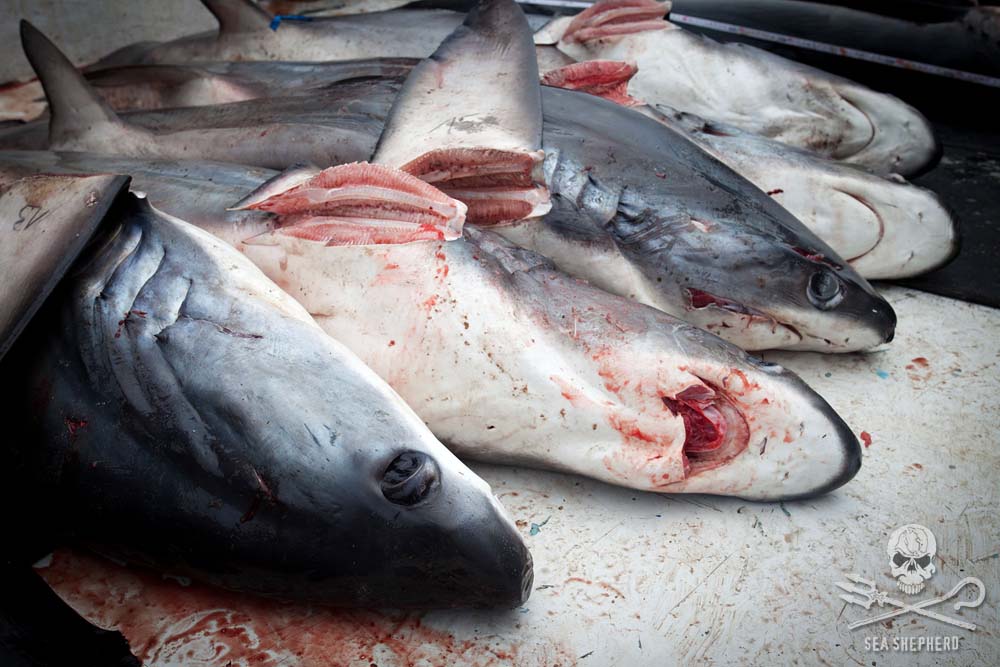 The verdict also focuses on a very important perspective for law enforcement in Galapagos: Capturing sharks in the Galapagos Marine Reserve is against international law, constitutional law and, of course, penal law. This argument was put forward throughout the litigation, not only by the procedural parties but also by civil society, which closely followed the case. Sea Shepherd Galapagos promoted an initiative to go to court on behalf of the sharks. As a result, a legal brief (Amicus Curiae) was signed by different organizations on September 26, 2011, and it was submitted before the court in defense of the sharks of the GMR. The Amicus Curiae stands as testimony in defense of the magnificent sharks — top predators of the oceans — which Sea Shepherd is proud of.

The verdict offers a “rights of nature” perspective that is seldom seen in judicial statements worldwide. This perspective is consistent with the Ecuadorian Constitution, which considers nature to hold certain rights, and with the Galapagos legislation, which highlights its status as a natural protected area. 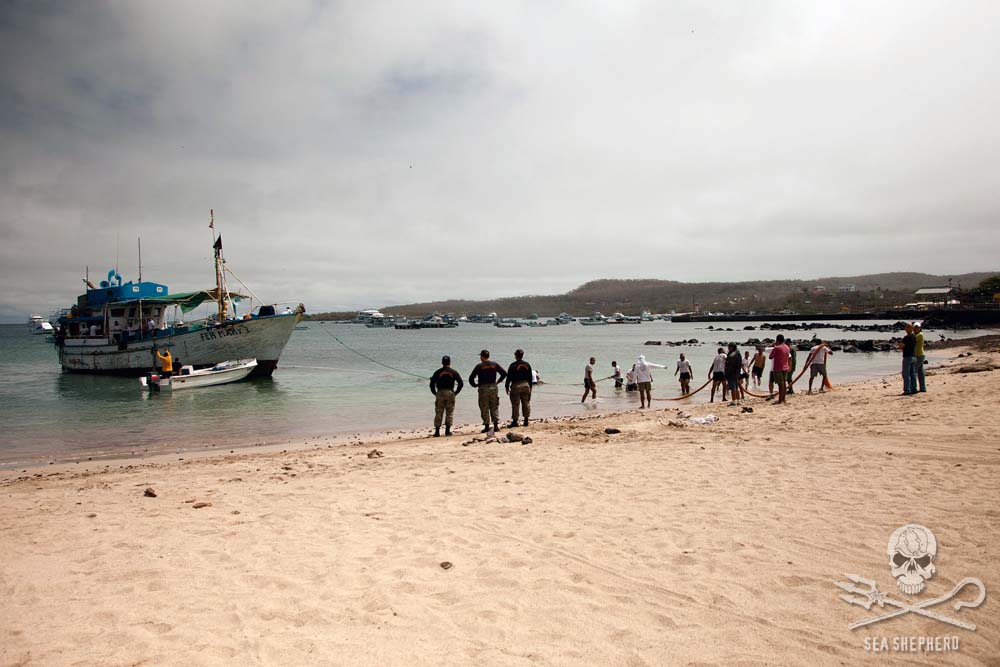 More Work to be Done

Sea Shepherd congratulates the Prosecutors Office of Ecuador and the Galapagos National Park for reaching a historic verdict that brings justice to the sharks. It also salutes civil society of Galapagos and the local community for their long-standing and valid concern in this case.

In Galapagos, we are proud to exclaim: ¨La constancia vence lo que la dicha no alcanza,¨ which translates to: “Constancy conquers what luck doesn’t reach.”