From the Streets to Sanctuary: Sombo the Elephant Finally Reaches Retirement! 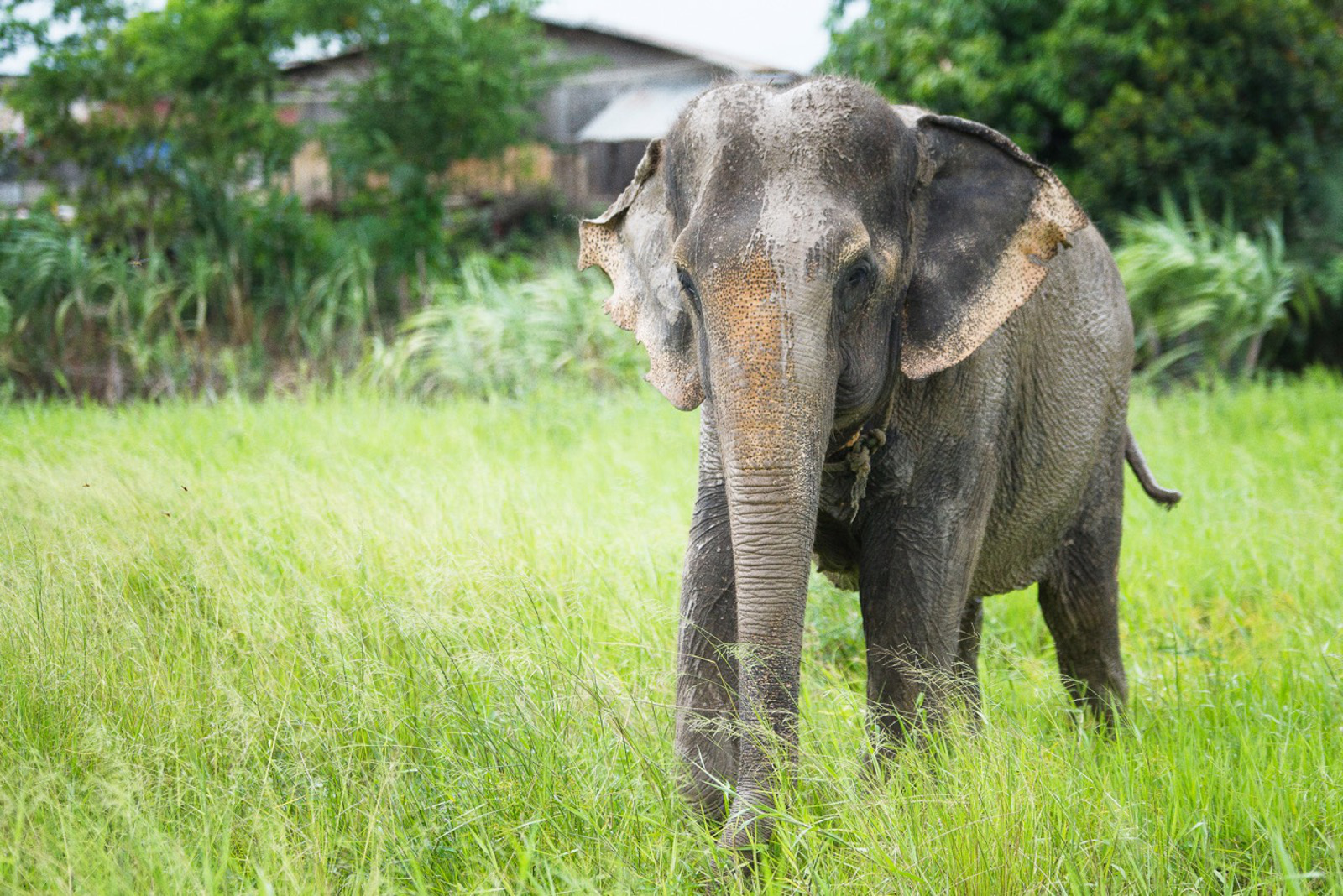 While it would be highly uncommon to come across an elephant walking down the streets of a U.S. city, offering to carry visiting tourists on his/her back, this is an all too familiar sight for those visiting Thailand, Cambodia and Vietnam. Asian elephants are a highly endangered species, but despite the shockingly low population count of these elephants, they are still targeted and abused by the tourism industry. Asian elephants are slightly smaller than African elephants, a trait that makes them “ideal” for trekking rides. Elephant trekking has become a wildly popular attraction for tourists, to the sad actuality of Asian elephants.

To be trained for trekking, elephants are taken from their mothers at a young age, chained and constantly abused until they submit to the will of their mahouts (trainers). After this traumatic experience early in life, elephants are taught to carry heavy people, directed by the painful prods of bull hooks or nails. There is no break in the life of a trekking elephant and they are expected to work in insufferable heat and sun, basically until they go lame.

Sombo the elephant worked for years as a vehicle for tourists at Wat Phnom Temple in Phnom Penh, Cambodia. Unlike other elephants who trek through the jungle, Sombo was outfitted with a decorative chair and would carry tourists around Phnom Penh. Years of carrying the extreme weight of humans paired with unforgiving concrete had left Sombo with terrible abscesses on her feet, which caused her to limp. Upon seeing Sombo limping around the Temple, Louise Rogerson of Elephant Asia Rescue and Survival Foundation (EARS), knew she must do everything in her power to help this poor elephant. Like that, she set to work.

Sombo and the Sorn Family

Rogerson learned that Sombo was owned by a Mr. Sorn, who had allowed Sombo to work seven days a week, exasperating her horrendously deformed feet. Deciding that the best course of action was to start with a petition to the Cambodian Government, Rogerson launched a “polite” campaign that urged the government to retire Sombo, “before  she collapsed and died.”

Lameness is the leading cause of euthanasia among elephants. Due to their size and weight, if an elephant collapses and cannot get up, damage can be done to their internal organs, leading to other major health issues.

Knowing that this was a true possibility for Sombo, Rogerson began to enlist the help of EARS‘ followers who sent hundreds of letters to the Cambodian Government, asking them to retire Sombo. Soon, Sombo’s story reached an international audience and support for her retirement reached an all-time high. The Sorn family was eventually asked to leave the city by the local Governor, at which point Mr. Sorn came to an agreement with Rogerson that would allow for Sombo’s temporary relocation to a nearby suburb.

While this was a great improvement for Sombo, it could hardly be seen as a victory. In the words of Rogerson, “Sombo was the first elephant I fell truly madly in love with.” So, finding a permanent solution for Sombo weighed ever presently in her mind.

Getting Sombo to Sanctuary

The first step to ensure the possibility of Sombo’s survival was to have her painful foot abscesses treated. Rogerson was able to secure funding for Sombo’s medical expenses and arranged for the top wildlife vet, Dr Paolo Martelli, to care for her thanks to the help of Nick Marx, the Wildlife Rescue and Care director for Wildlife Alliance. Martelli worked with Mr. Sorn to care for Sombo’s ailments from February of 2012 all the way to March of 2014. 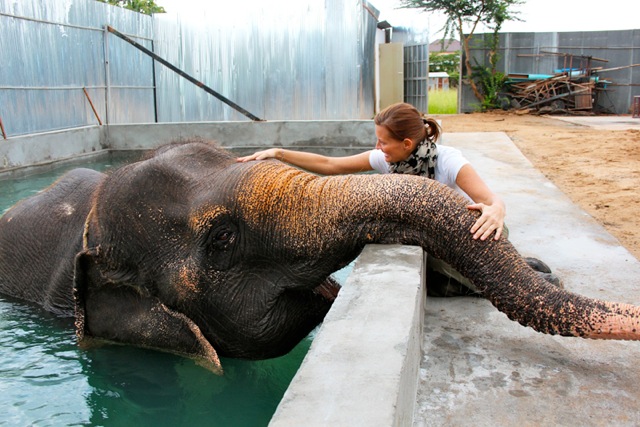 Sombo’s care during this time was fully funded by EARS donors, however, it soon became apparent to donors that the true place for Sombo was a proper sanctuary where she would have space and the chance to interact with other elephants. Rogerson had worked relentlessly with Mr. Sorn to negotiate Sombo’s release to an accredited sanctuary where she would be free from ever having to serve humans again.

Rogerson explains, “After six months of anguish up to the end of the two year contract, EARS had no choice but to withdraw funding in March 2014 because of the firm belief that elephants should be living in their natural habitat.” 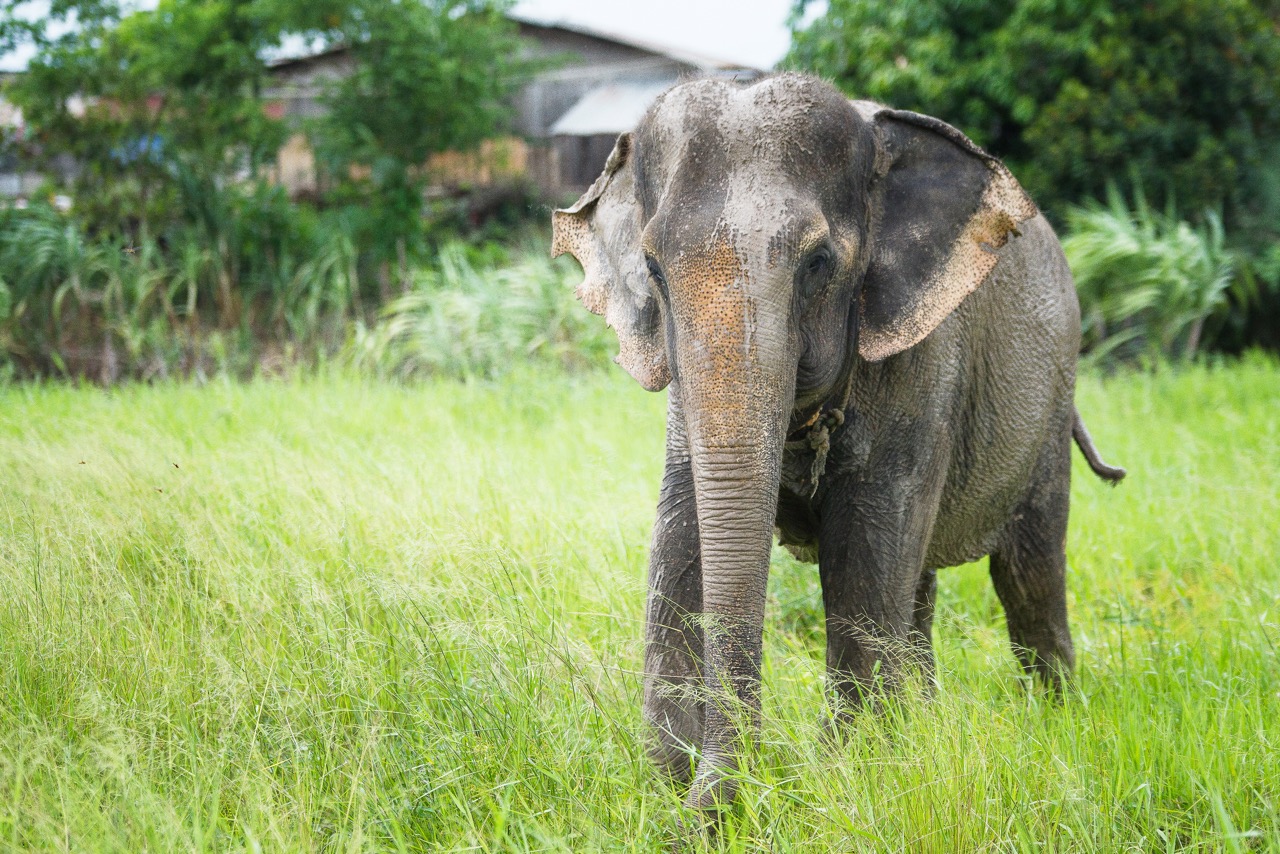 Sombo had been cared for for almost two years in this suburb, but her time for a permanent home had come. With funding from EARS withdrawn, Sorn struggled to pay for the care that Sombo needed. This period of time was extremely painful for Rogerson who wanted nothing more than to provide care for Sombo. But, at the end of the day, the best way to care for Sombo was to see her moved to a sanctuary, and this could only be done by withdrawing the money that allowed Sorn to hold Sombo captive.

In an interview with the Phnom Penh Post, Sorn threatened to take Sombo back to the Temple. “I do not have money to support her anymore. I will bring her back to Wat Phnom, but I will not allow people to ride her while she walks like in the past,” stated Sorn. “I spend $15 a day just on Sambo’s food … [In the city], she will just stand in one place and tourists or people can touch her, take photos with her or buy fruits that I will sell to feed her.”

But Rogerson had made a vow to Sombo that she would not let any harm come to her. 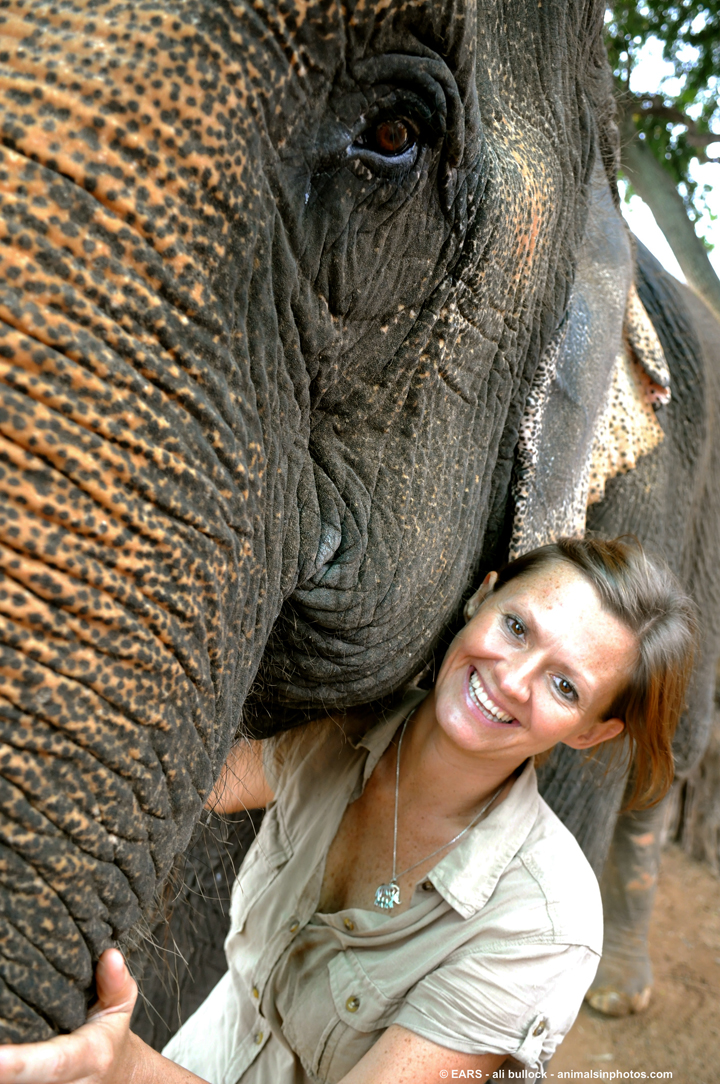 “In March 2014, I made a promise to Sombo, very quietly in her ear,” says Rogerson, “that I would never give up on her and that she would return to her forest home. I told her to wait patiently.”

With the help of the press and the letters from EARS supporters, she was able to keep Sorn from returning Sombo to the streets. Sorn searched for another NGO that would fund Sombo’s expenses, but when none turned up, he finally agreed to retire Sombo.

Elephant Valley Project and the Sorns made arrangements for Sombo to be retired and her journey towards freedom and a permanent home began. While this final success has been anything but simple, Rogerson is endlessly grateful to this happy elephant, “She taught me patience, tolerance, and to never, ever give up. It has been three exhausting, frustrating years, campaigning and negotiating, and finding strength I never knew I had.”

Further, Rogerson credits EARS‘ amazing supporters for their continued assistance and passion for Sombo, ” [they were the] driving force behind Sombo’s permanent retirement to a sanctuary,” Rogerson explains to One Green Planet, “without them none of this would be possible and I am truly thankful to everyone for making this dream come true.” 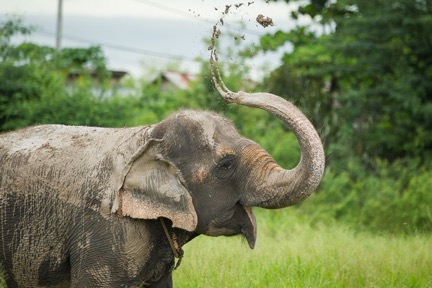 Although the fight for Sombo’s freedom has been exhausting, seeing the retirement of this deserving elephant is worth it all in the end. We can only hope that Sombo’s story inspires similar action for other elephants in need. No animal deserves to suffer for the benefit of humans.

To learn more about EARS, check out their website. You can make a donation to help other elephants in need by clicking here.