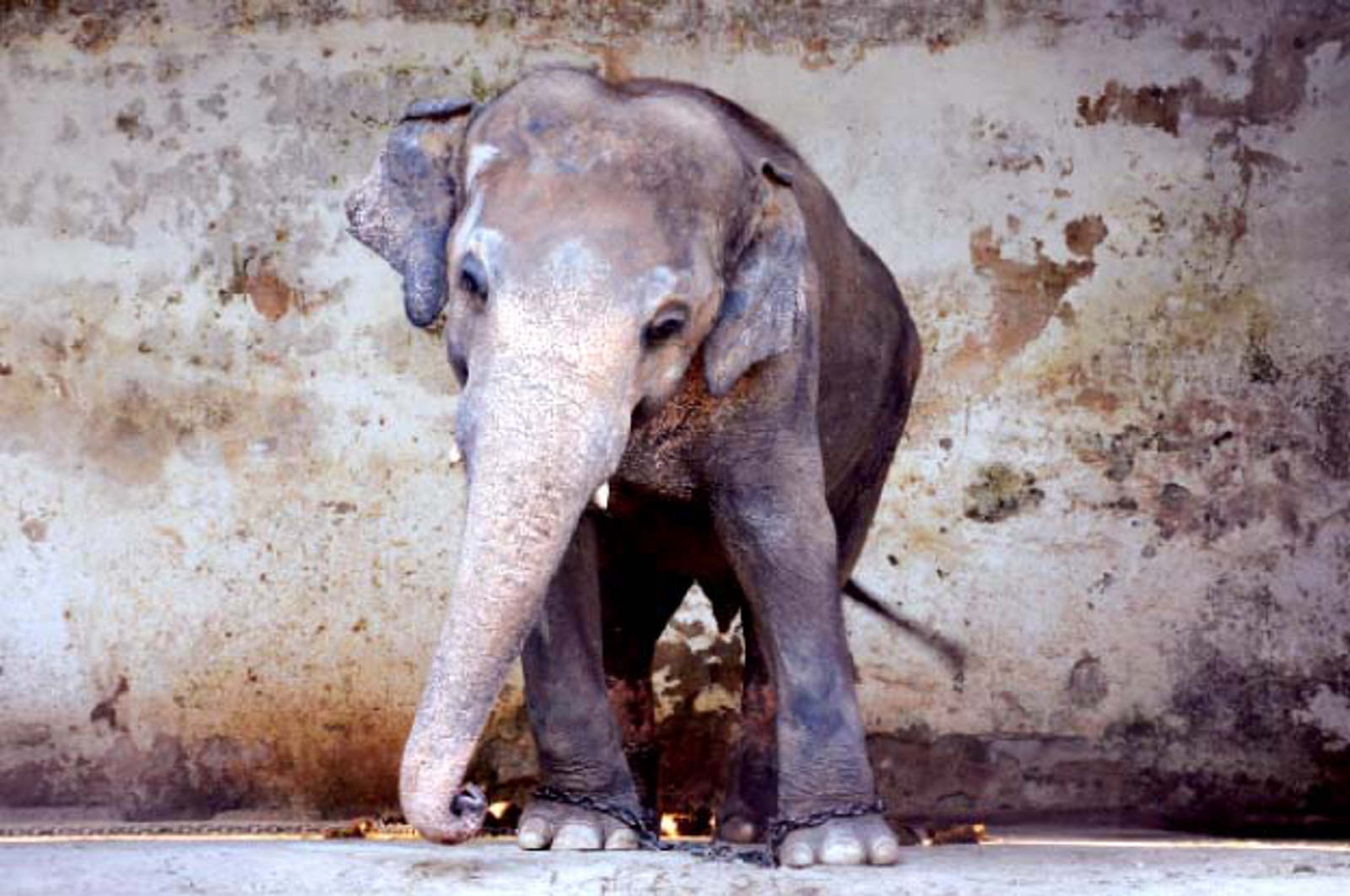 In 1985, a one-year-old Asian elephant named Kaavan was torn away from his mother in Sri Lanka and taken to Pakistan’s  Islamabad Zoo. Locked away in a concrete enclosure, all four of his legs were chained up so that he could barely move. This would be his life for the next 28 years…

Today, Kaavan is still in chains and to visitors he is a sorry and solitary sight. Still living in chains, he rarely moves. In fact, the only thing on him that moves is his head bobbing which bobs from side to side, a stereotypical behavior known as ”weaving” adopted by elephants in response to depression and despair. The chains he’s been entangled in for the last three decades have left both mental and physical scars. Worst of all, the deep gashes on his feet caused by the heavy chains have left him susceptible to the fatal gangrene, and unless action is taken now to help free him, he will surely die.

In the wild, elephants can roam up to 30 miles a day. They are extremely emotional and social animals that form strong bonds with other elephants and spend most of their life in family herds. The only time you’ll hear of a solitary elephant is one who lives in a zoo, like Kaavan for example. At the Islamabad Zoo, Kaavan is robbed of anything natural to him. Love, comfort, friendship and freedom – they’ve all been stolen from him.

For the last 28 years, Kaavan’s been living in a tiny enclosure that is nothing more than a length of grass with a small, filthy pond. Rather than moving 30 miles on any given day, Kaavan is lucky to move 30 steps. He has also been all alone since the death of his one companion Saheli in 2012, who is believed to have passed away due to gangrene and neglect, the same threat Kaavan now faces. 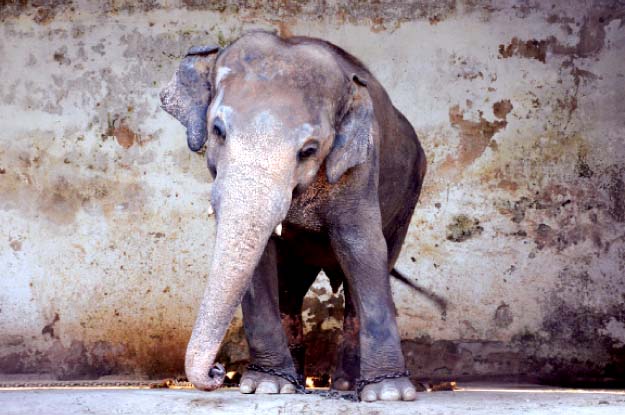 Kaavan has also shown signs of aggression which the zoo blames on the absence of his former partner, Saheli. More likely, it’s the never ending boredom and loneliness that have led to these angry outbursts.  Can you even imagine how it would feel to have all of your legs tied up in chains, every single day? Surely, it would drive us all crazy.

So much has been taken from Kaavan already. If he stays at this zoo for much longer, they’ll take away the most important thing of all: his life.

One Voice Can Save a Life

In the summer of 2015, a tourist named Samar Khan was left so outraged and saddened after seeing the lonely elephant at the Islamabad Zoo; she started a petition requesting the Zoo and the Capital Development Authority (CDA) to release Kaavan to a sanctuary. Khan said the poor elephant barely moved and just stood in one spot, with his head swaying from side to side. At first she thought he’d been drugged but after researching, she realized that this head bobbing was just another indicator of the psychological trauma this elephant had endured.

This is a zoo that attracts over one million visitors every year and it’s hard to imagine how many people have passed Kaavan’s enclosure without a second thought. Samar Khan, on the other hand, wasn’t going to be another passerby.

Thanks to this petition, over 365,000 animal lovers throughout the world have so far sent messages to both the zoo and the CDA urging them to release Kaavan. While this global pressure didn’t strike the results they’d hoped for, it did result in the government ordering the zoo to remove his chains. But a visit to the zoo made by The Express Tribune showed that he was not completely unchained. Two of his legs were still in chains. Nevertheless, with the continuing global outcry for Kaavan, there is hope that someday he’ll be completely free.

This tourist was the voice Kaavan needed and sets an example to us all that standing up for what’s right can bring about amazing results. Together, we can make an even bigger change. 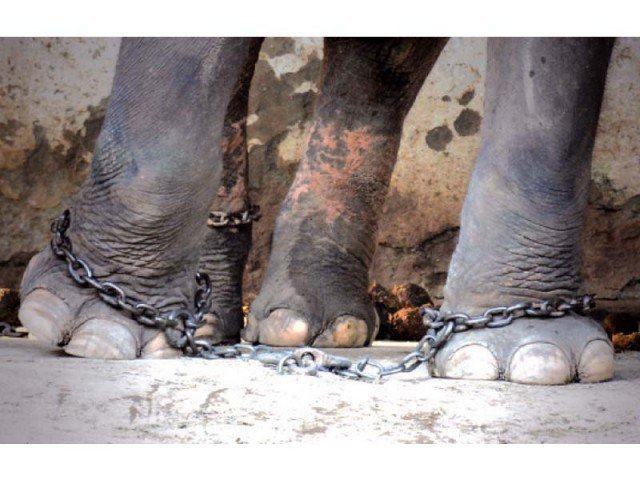 Kaavan’s Life is in Our Hands – Will You Help Him?

After living in solitary confinement for 28 years, Kaavan is now suffering from a range of health issues – both mental and physical. While the zoo claims he is fine and happy in his barren enclosure, this is clearly untrue. We need to help him before gangrene and neglect take his life.

Sign this petition today to help free Kaavan and share it on your social media pages to spread the word. Let’s gather as many signatures as we can! To help even further, send an email to these Pakistani agencies urging them to release him to a sanctuary: