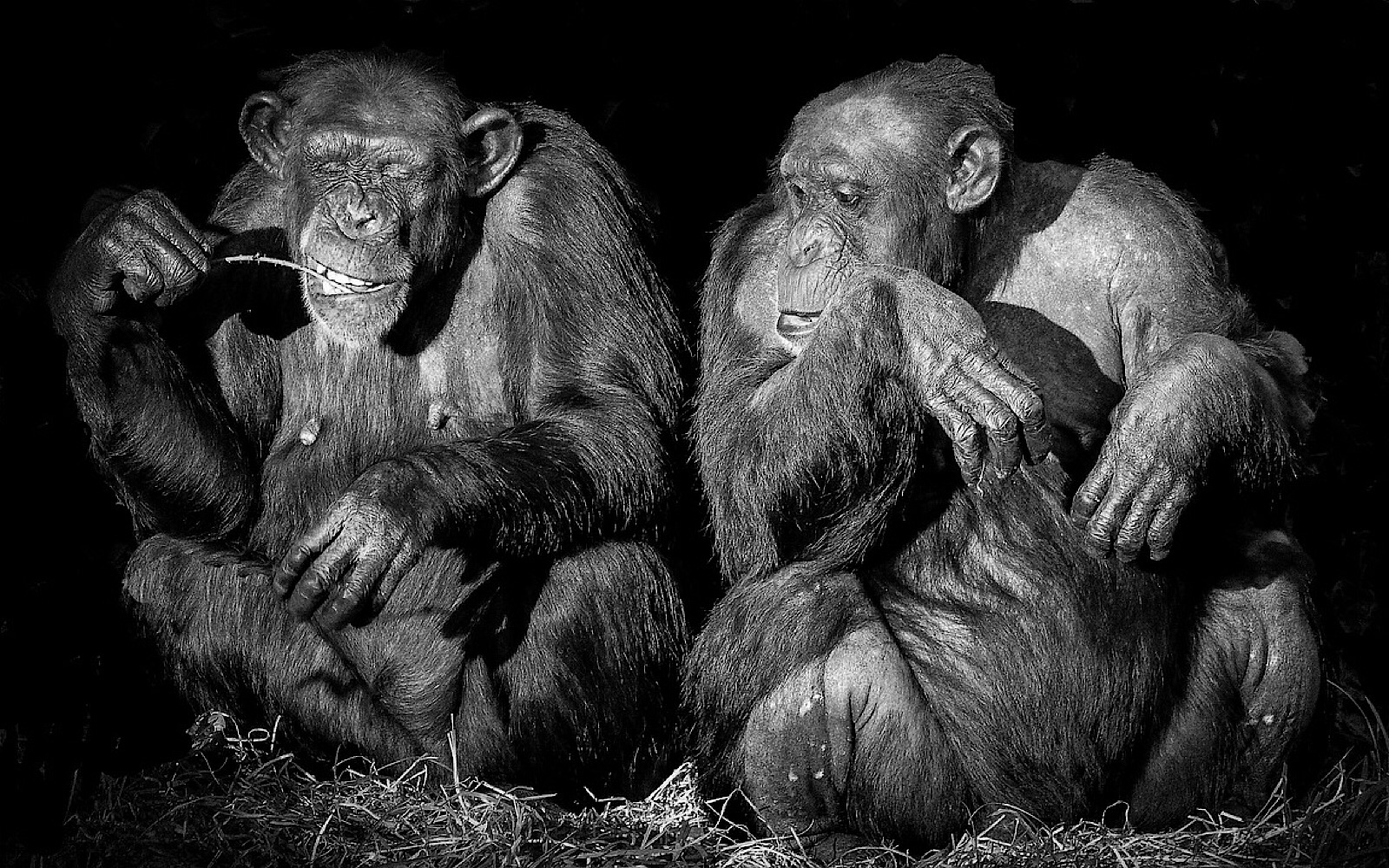 Yesterday, we learned that the New Iberia Research Center (NIRC) transferred Hercules and Leo — two of our chimpanzee clients whose freedom we have been fighting to secure for nearly five years — to a sanctuary. We are delighted that they will finally be free of NIRC, which took them from their mothers at age two, a time when they should have remained in close contact with their families, able to freely explore their environment and constantly play with and learn from other chimpanzees. Instead, NIRC leased them to Stony Brook University, which forced them to live for six years in the basement of a campus computer building. There, scientists regularly placed them under general anesthesia and thrust fine-wire electrodes into their muscles, merely to satisfy their curiosity as to how humans evolved to walk with straight legs. That is where we found them.

As extraordinarily cognitively complex and autonomous beings, Hercules and Leo are entitled to their bodily liberty. This is why we rejoiced when, in 2015, after we filed a habeas corpus lawsuit on behalf of Hercules and Leo, they became the first nonhuman animals in history to be granted a habeas corpus hearing to determine the lawfulness of their detention. Though that court did not free Hercules and Leo from captivity or recognize their right s— believing itself bound by the ruling of an appellate court — in ordering such a hearing, it treated Hercules and Leo just as it would have treated human beings. This fact itself represents true progress in the fight for nonhuman rights, and Hercules and Leo will always remain an important part of this larger, continuing story.

However, our joy in learning of Hercules and Leo’s long overdue transfer to a sanctuary is tempered by our knowledge of what they endured during their long years of exploitation at Stony Brook and the fact that first Stony Brook and then NIRC and Project Chimps steadfastly refused every attempt to transfer them to Save the Chimps sanctuary, which, since 2013, has offered to care for them for the rest of their lives at no cost to any third party.

The premiere chimpanzee sanctuary in the US with a proven track record of caring for and rehabilitating chimpanzees used in research, Save the Chimps first made this offer in 2013 when we sought recognition of Hercules and Leo’s right to bodily liberty in the New York courts. It offered again when Stony Brook, fearing further litigation and further negative worldwide attention, announced in May of 2015 that it would no longer use them in research. Save the Chimps offered again after NIRC removed Hercules and Leo from New York to Louisiana in the dead of the night in late 2015 and again and again when it became clear that it would take years for Hercules and Leo to actually be transferred to Project Chimps.

When, in 2016, we ourselves sought Project Chimps’ assistance in having Hercules and Leo transferred immediately to Save the Chimps, which had the capacity and expertise to immediately take them and other members of their social group, we were told to mind our own business — to which we responded that because Hercules and Leo are our clients, their best interests are most certainly our business.

We will closely follow Hercules and Leo’s progress at Project Chimps. Meanwhile, in the US and beyond, we will continue our fight for recognition of chimpanzees’ personhood and rights, which first brought the story of Hercules and Leo’s suffering out of the shadows of research facilities and into public awareness, where it belongs.