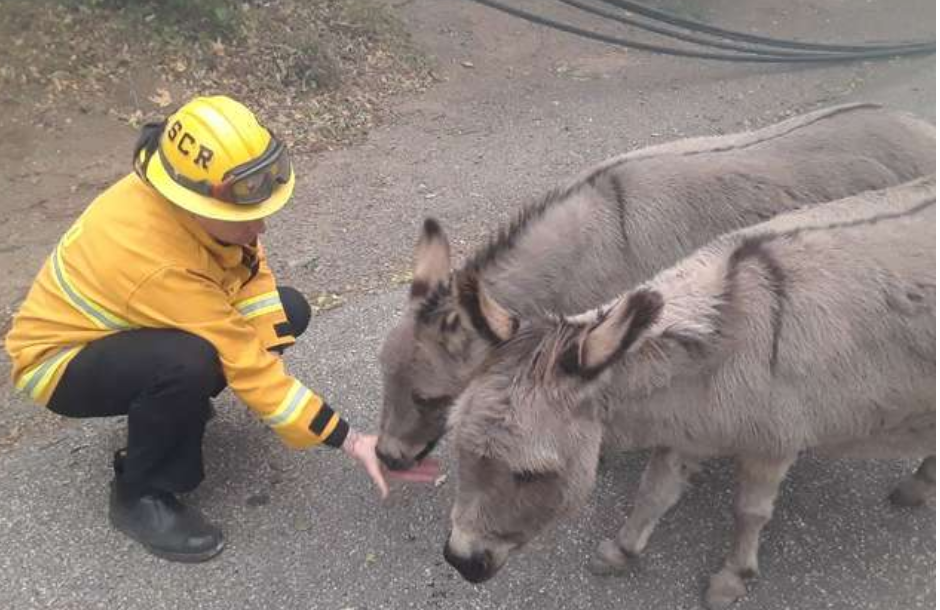 Two terrified donkeys breathed a sigh of relief yesterday when a friendly pair of firefighters rescued them from a dangerous wildfire. Firefighter Chris Harvey and Sacramento Fire Chief Gary Loesch spotted the frightened creatures as they were driving down the road in Paradise, California last Saturday, and made a impromptu animal rescue with a couple of tasty cupcakes! 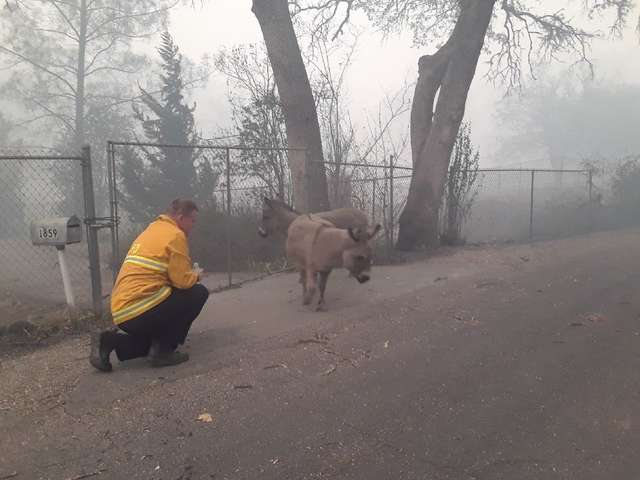 The poor donkeys were fleeing the deadly Wildfire that blazed through the Sierra Nevada foothill community of Paradise, which has claimed the lives of both humans and animals wild and domestic. 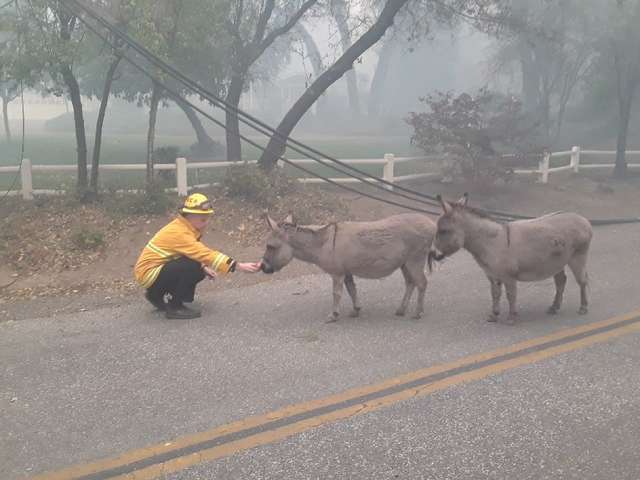 Lucky for these two animals, the kindhearted firefighters gave them some tasty cupcake treats to lure them to safety, and show them how everything was going to be alright. The animals were taken in by animal control, and although there has not been word yet on their origin, stories like this prove in times of stress and danger, the power of love can shine through!