7 Fast Facts That Will Make You Love Turkeys 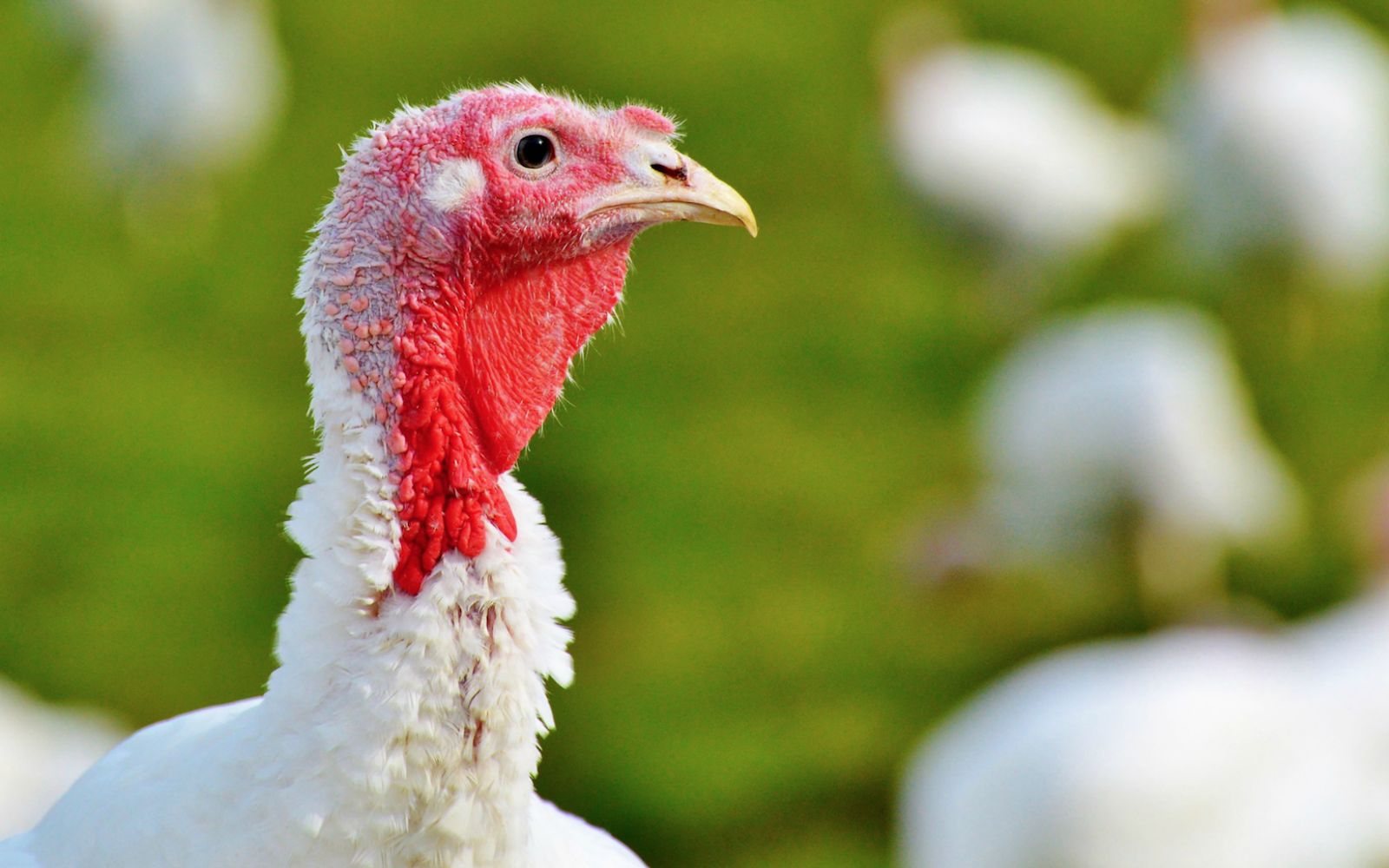 Thanksgiving is a holiday about giving thanks and being grateful, but somehow over the years, it has turned into a gluttonous affair. Indeed, every year on Thanksgiving, a staggering 46 million turkeys are consumed. Despite the vast knowledge that counters the stereotype of turkeys being “dumb” birds, many still see these intelligent, playful animals as merely a table centerpiece. 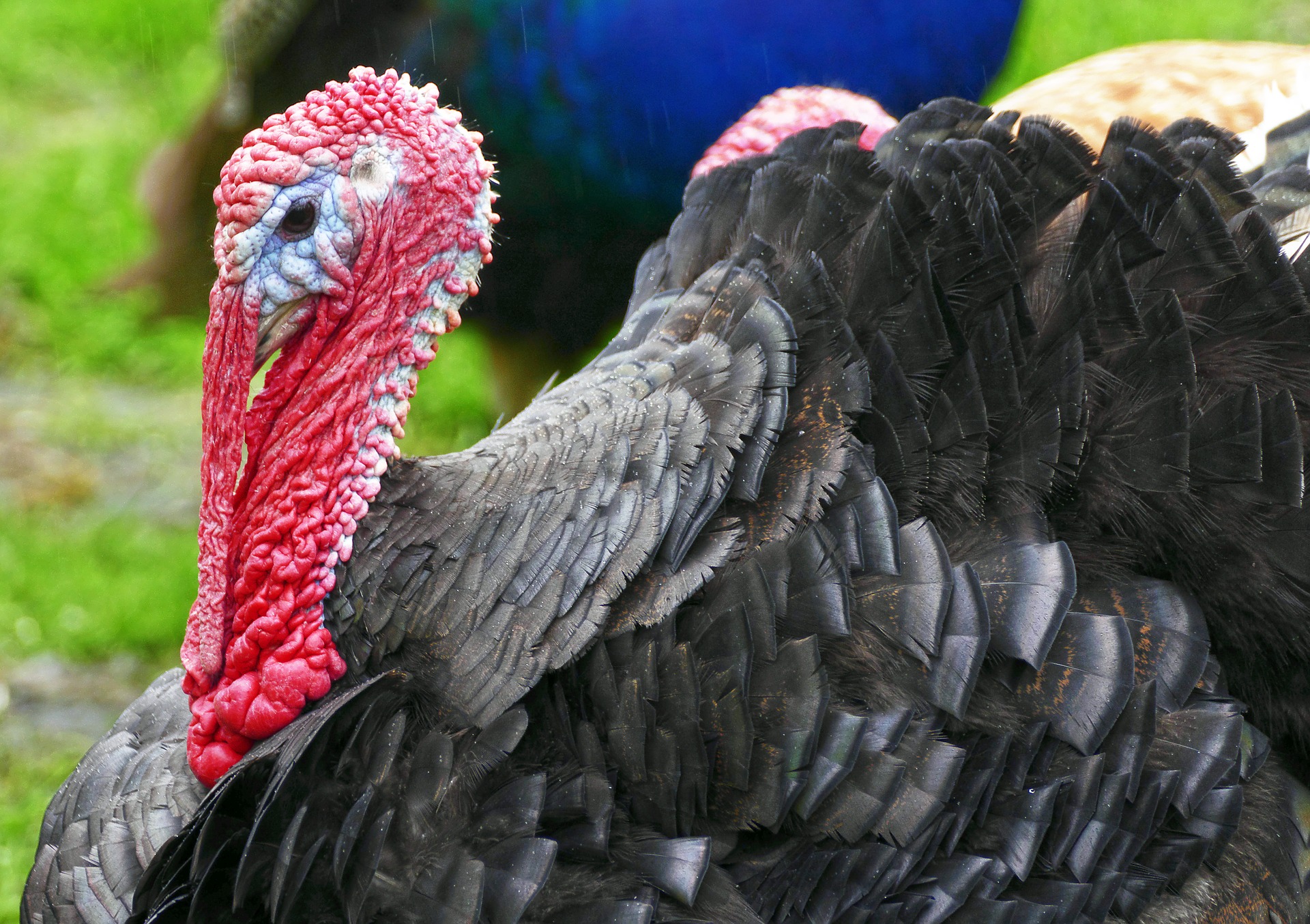 But if you’ve ever been lucky enough to spend time with a turkey, you’re already well versed in how amazing these animals are. Here are seven fast facts about turkeys to share with friends and family this Thanksgiving holiday!

Just like humans, turkeys have good and bad moods. For male turkeys, you can tell what kind of mood they are in by looking at the color of their throat and head. Blue means they are happy, red means get ready, they are mad!

Turkeys form strong social bonds with their family and flockmates, sometimes traveling in the wild with groups of 200 or more.

4. Turkeys Are Down to Play Football

Believe it or not, turkeys are playful! Poultry scientist and animal science professor at Oregon State University, Tom Savage, noted that if you throw an apple to a group of turkeys, they will play with it together. Turkeys also love music and will cluck along with songs!

When a turkey’s eggs are close to hatching, the mother will not leave, according to John James Audubon, the well-known bird expert and nature enthusiast. The mother turkey stays with the poults at ground-level to keep them safe and warm until they learn to fly and roost up in the trees.

Male turkeys, or “toms,” attract hens with their wattles, colorful flaps of skin around their necks, and beards on their chests (no body waxing for turkeys.) To attract a female, toms puff up their bodies and spread their beautiful, colorful feathers. Males have feathers that are red, green, purple, copper, bronze, and gold while the females have muted shades of brown and grey.

Turkeys have personalities as distinct and varied as cats or dogs; however, like other animals raised in factory farms, turkeys are subjected to horrible, cramped, and unsanitary conditions. Around 99 percent of turkeys raised in the U.S. come from factory farms. What’s even worse is that turkeys at so-called “free range” or “organic” farms generally aren’t treated any better. In accordance with industry standards, these turkeys also have their sensitive beaks cut off with a hot blade and have to live in extremely crowded, filthy sheds.

Many animal sanctuaries hold a celebration day each Thanksgiving to honor our turkey friends. Such events have been held in the past by Animal Place, Farm Sanctuary, Poplar Springs Sanctuary, and Sunrise Sanctuary, and not only are they hugely successful due to the curious nature of the day, but they encourage people of all ages to reconsider how they celebrate and teach children and adults alike to respect and honor these gentle creatures!