We all know and love Esther the Wonder Pig, the “micro pig” who fell into the arms of Canadian couple Derek Walter and Steve Jenkins and then kept growing, and growing, and growing. At 650 pounds, today she fills Facebook, Instagram, and our hearts with photos of her wearing cupcake pajamas or barely fitting on the couch.

But perhaps Esther’s magic is most evidenced by her ability to spread compassion with every oink, a phenomenon her dads have termed the “Esther Effect.” And the Esther Effect is in full force over at the Facebook hub of her thousands of loyal soldiers: Esther’s Army. Kicked off in 2014 as a fundraiser for Happily Ever Esther, Steve and Derek’s haven for rescued farmed animals, Esther’s Army has evolved into an advocacy and rescue powerhouse, having helped stop pig wrestling events and find homes for hundreds of animals in need.

This fall, Esther’s Army was faced with its biggest challenge yet, according to Monica Lynn, who spearheads the group. A couple in North Carolina had purchased 10 young pigs to raise them for food but quickly had a change of heart and could no longer envision their new porcine friends as bacon on a plate. That’s when they contacted Esther’s Army for help.

The troops answered the call, searching from coast to coast for the perfect home to keep these 10 bonded pigs together. But finding that home seemed impossible — especially because most of the pigs were Yorkshires, just like Esther herself (imagine: a combined 6,000 pounds of full-grown pigs). To top it off, the farmer and his wife were running out of funds, the pigs did not have proper shelter, and cold weather was on the horizon. If a home wasn’t found soon, according to Lynn, the pigs could have ended up on the chopping block. 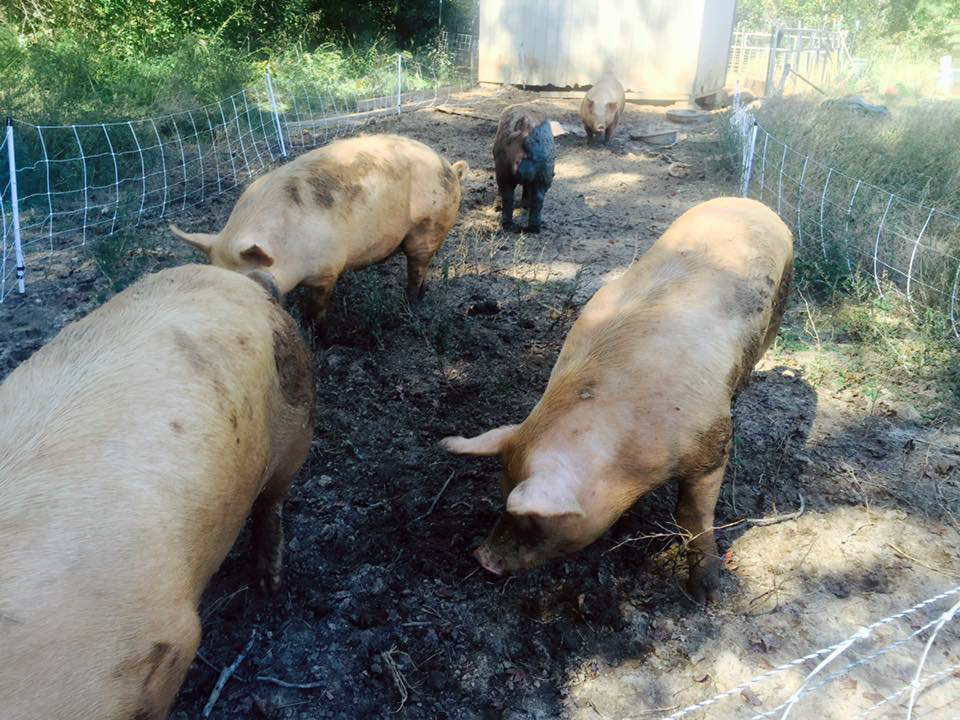 Just in time, Esther’s Army’s pleas were finally heard by Lorelei and Ron Pulliam of Ranger’s Refuge, a sanctuary in Virginia for over 150 pigs. But Ranger’s Refuge — in the midst of its own fundraising efforts to move to a larger property — had reached capacity, filled with discarded former “teacup” pigs. Fortunately, the Pulliams had recently helped Debbi Torres of Moyock, North Carolina, establish her own budding sanctuary, Over the Rainbow. Torres had five empty, grassy acres and a barn, but to foster these 10 pigs until Ranger’s Refuge was ready, she would need the help of an army.

On October 5, a shockwave rippled through the ranks, as news broke internationally of an overturned pig truck at a slaughterhouse outside Toronto. Locals from the advocacy group Toronto Pig Save gathered in vigil, awaiting the fate of the survivors. On the scene were Esther’s dads Steve and Derek, who offered up their sanctuary to no avail. None of the pigs were spared.

In the midst of tragedy, Esther’s Army couldn’t give up hope for the pigs in North Carolina. So the army sprang into action once more, raising over $2,500 for the pigs’ care within 24 hours. Then, the next hurdle presented itself: transporting 10 pigs across the state to their new home. That task piqued the interest of one particular soldier, Wikolia “Vikki” Sgro-Konopka of Virginia Beach, who had been left feeling hopeless in the aftermath of the October 5th crash. Piecing together a transport team helped restore Vikki’s faith in Happily Ever Afters — erm, Esthers.

A New Home for the Pigs

On a cool fall evening, a small crowd gathered to welcome the pigs to their new home. As the gates to the trailer opened, we all finally set eyes on 10 wide-eyed pigs huddled together. This time, it took just a small army to encourage them to set foot on solid ground. “If they don’t want to do something, they’re not gonna do it, no matter what. It has to be their idea,” said Torres, chuckling, of the infamously stubborn beings.

But they made it off that trailer, and today, Bonnie, Clyde, Anita, Andrea, Krista Lynn, Rob, Derek, Jenny Bee, Tom, and Steve can be found chasing each other through the fields and exchanging curious glances with Spot, their 1,000-pound friendly neighbor. 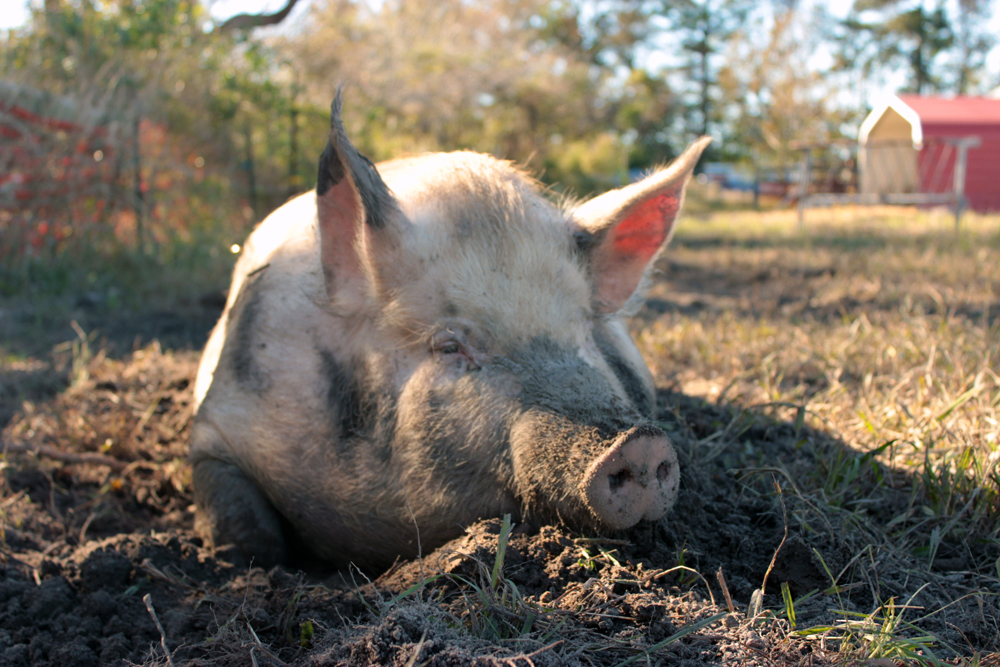 The pigs’ journey isn’t quite over, as the Pulliams push forward with their urgent fundraiser to bring these — and the rest of their pigs — home forever. But for now, says Debbi Torres, “I just wanna love my pigs and see ’em all happy and munching on grass and rolling in the mud.”

And, thanks to Esther’s Army, the next Happily Ever Esther may be just around the corner.