Why You Should Think Twice Before Buying a Teacup Pig 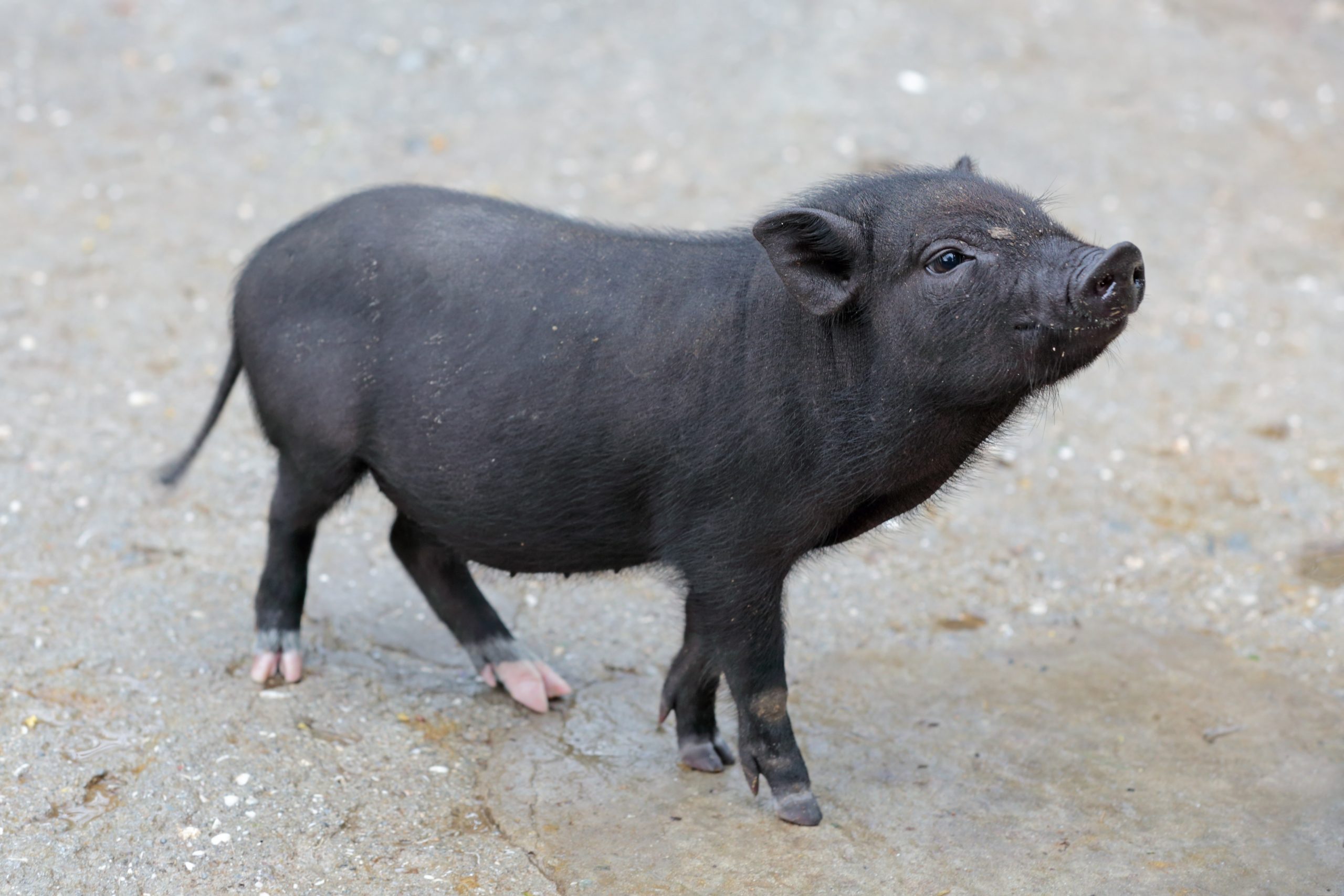 The myth of teacup pigs has been around for more than 20 years, ever since pig breeders set about making people believe that baby potbellied pigs were actually a unique breed of mini-pig which were small enough to fit into your pocket.

Armed with incredibly cute pictures and some false facts about their size, weight, feeding, and housing needs, breeders have been able to sell huge amounts of these pot-bellied pigs to unsuspecting victims. The truth is that most new owners are simply not prepared for what is to come in the months and years after they welcome them into their homes.

Breeders often pair together two very young piglets, meaning that when the litter is born, they are able to show prospective buyers the parents, saying that they are fully grown adults, even though they know full well that they are in fact little more than babies themselves.

The truth is: there is no such thing as a teacup pig.

While there’s no denying that the idea of having a teacup-sized little porcine buddy to share your house with, cuddle up to, and hang out with, is a dream come true for some animal lovers, the reality of the situation is something quite different.

The True Size of a Teacup Pig

Once fully grown, the true size of a teacup pig can be as much as 300 lb., which is more than ten times the size they are when they are still babies. While this is still considerably smaller than other pig breeds which can reach more than 1,000 lb., it’s a far cry from the myth of the 12 lb. teacup pig which breeders are claiming.

When people buy ‘miniature pigs’ and take them home, it becomes clear after just three or four months that the pigs are beginning to outgrow their advertised size, and as their growth continues, they can become quite a handful to look after.

Most Homes are Completely Unsuitable

Pigs require a large amount of space to roam, snuffle, dig, and root around in, and while your house or garden may be a great environment for them when they are very young, the vast majority of homes are simply not suitable for a fully grown potbelly pig.

When the living conditions are less than ideal for the pig, they can become bored, frustrated, and very destructive. Many people have also been told that it is not essential to have a garden as these miniature pigs can be litter trained. While it’s true that pigs are extremely intelligent and can learn to use a litter box, a ‘house pig’ who is never able to go outside is being deprived of the ability to carry out its natural behaviors and can become very unhappy.

Apart from the ethical issues of having a pig in an unsuitable home, the law actually prevents people in many regions from having a large pig in their house. This means that anyone considering looking after a pig needs to check the regulations in their area before going ahead, as you could be breaking the law.

Huge Numbers of Pigs are Being Abandoned

As such a large number of pot-bellied pigs are being sold to unsuspecting victims as teacup pigs each year, thousands are being abandoned, neglected, handed over to shelters, and put down. In some states, shelters are unable to cope with the number of abandoned pigs, and this is causing serious problems.

This is why it’s so important to spread the truth about the issue and to inform anyone who is considering buying a teacup pig to re-consider. It’s not fair to the pigs, and it can also cause a large amount of stress and worry for the owners who fall in love with their mini companions and then end up being caught in a difficult position when it becomes clear that they’re not equipped to look after them when they start growing up.

Rescue a Pig, Don’t Buy From a Breeder

If you are a responsible carer and you have a home suitable to look after a pot-bellied pig, then please don’t buy from a breeder, rescue an abandoned pig from one of the many shelters around the country instead. We have a number of pot-bellied pigs at our sanctuary, and they are a real joy to spend time with. However, I can vouch for the fact that they are a handful to look after, as they’re constantly bashing things down, breaking through fencing, and digging huge craters in the ground! In an ideal world, these beautiful animals would not be domesticated, living in cities, towns, and farms. They would be in their natural environment, but since that’s not the case, it’s our duty to look after and protect those who have been mistreated, mislabeled, and sold under false pretenses.