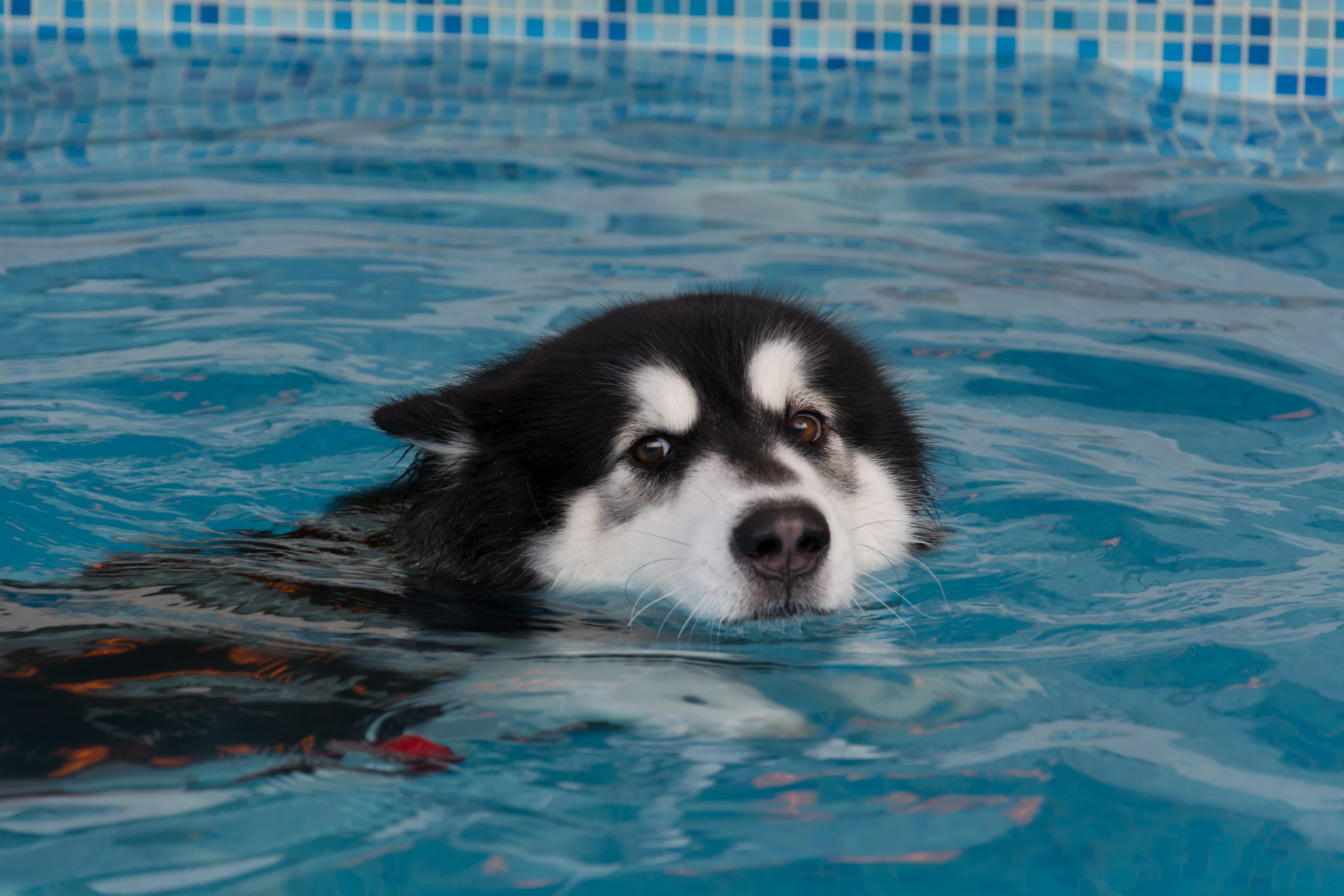 Amazon delivery driver John Cassabria took a wrong turn while on the job this past August en route to delivering packages in Woburn, Mass. Little did he know that the wrong turn would save the life of a dog named Luka.

Cassabria pulled over so he could reroute the GPS tracker. But something soon stopped him in his tracks. It was a noise unlike any he had ever heard. The noise was strange and he thought he had to get out to investigate.

The sound took him over to a fenced-in yard.

When Cassabria looked over the fence, he saw a dog (who was Luka) drowning in an in-ground pool, the “dog’s nose just barely above the surface of the water,” according to Boston.com. He could tell the dog was older and it was obvious that he had been treading water and couldn’t get out of the pool on his own.

“I saw what looked like a snout,” Cassabria told WBZ-TV (CBSN Boston). “And at that very moment my heart sank.”

“I jumped into the pool with everything on,” he said. “I didn’t take anything off. Phone, wallet, watch. None of that mattered. I thought only of the dog at that moment.” He held Luka in his arms as he swam over from the deep end to the shallow end of the pool and was able to get them both out to safety.

Cassabria called Woburn Police and they sent an animal control officer who knew Luka’s owners, Julie and Gary Caldwell who were out of town, just hours into a vacation. Luka’s pet sitter was scheduled to arrive a bit later in the day.

Over the past 15 summers,  Luka has used the doggy door to go potty in the yard. He typically never ventured near the pool and always went right back in the house, according to Julie Caldwell. However, for some reason, Luka got into the pool on that fateful day, possibly because there was a bone wrapped in the pool vacuum cord, according to WBZ-TV (CBSN Boston).

After receiving a phone call from the animal control officer, Caldwell was in tears. “I was like, ‘What in the world,’” she told WBZ-TV (CBSN Boston). “I couldn’t believe it.”

Caldwell spoke to Cassabria over the phone to thank him. She also made sure to tell Amazon CEO Jeff Bezos about his heroic employee by writing him an email.

“I happened to be in the right moment in the right time,” Cassabria told WBZ-TV (CBSN Boston). “And I would repeat the same actions over and over again if I had to.”