Heartwarming Rescue of a Stranded Dolphin by a Group of People and a Dog! 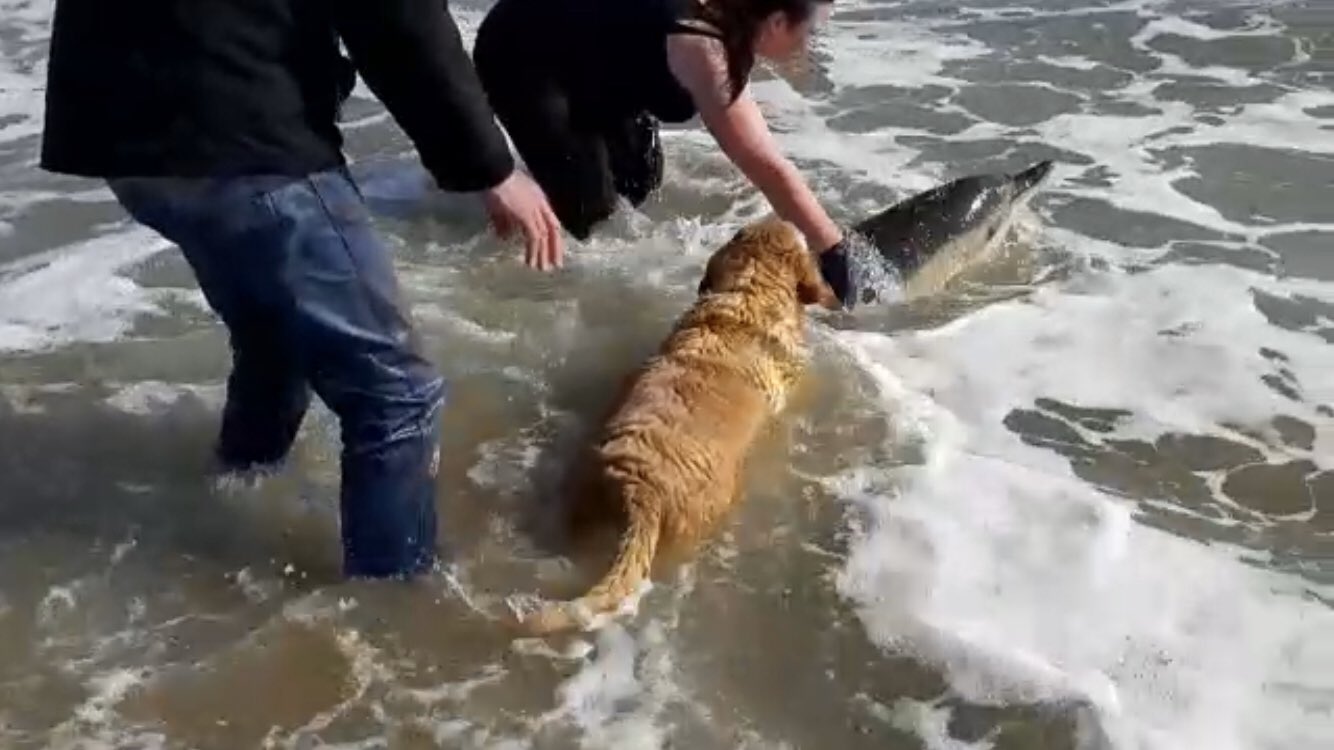 It’s always touching and heartwarming when people step in to help an animal in need, especially when it’s wildlife that people may not be too familiar with. For instance, it’s common for people to save dogs and cats but some people don’t quite see it the same way when it’s a different animal. There are too many cases of humans encountering wild animals and hurting them instead of helping them.

People abused this sea turtle who came onto shore, and there have been instances of animals like swans and dolphins dying after animals find them and pause for photo opportunities rather than helping the animals in need. However, there are always more good people than bad out there and many people step in to help wildlife.

Two months ago, local residents saved a beached whale in Trinidad. And more recently, locals came together in Dublin to help a dolphin!

Today was special. An amazing group of people and Brandy the dog worked together to save a harbour porpoise who stranded on Portmarnock beach. The second in a week. It took 3 attempts to get him out to deeper water. Fingers crossed for the tired little guy. 1/2 pic.twitter.com/4MgFD0ZVrc

Passersby noticed a dolphin was stranded in shallow water on Portmarnock beach on Monday, April 20th. When it was clear the dolphin was struggling to get back to the sea, the group of people and their sweet dog Brandy helped push the dolphin back out to sea. The waves were strong and they had to keep trying for a long time, but they succeeded.

They mistakenly referred to it as a porpoise, but realized the long beak makes it more likely that the marine animal they helped was actually a dolphin. Either way, their heroic and compassionate act makes them heroes!

For more amazing stories of people helping wildlife, check out: