These 7 Amazing Artists Are Changing the Conversation About Animal Rights 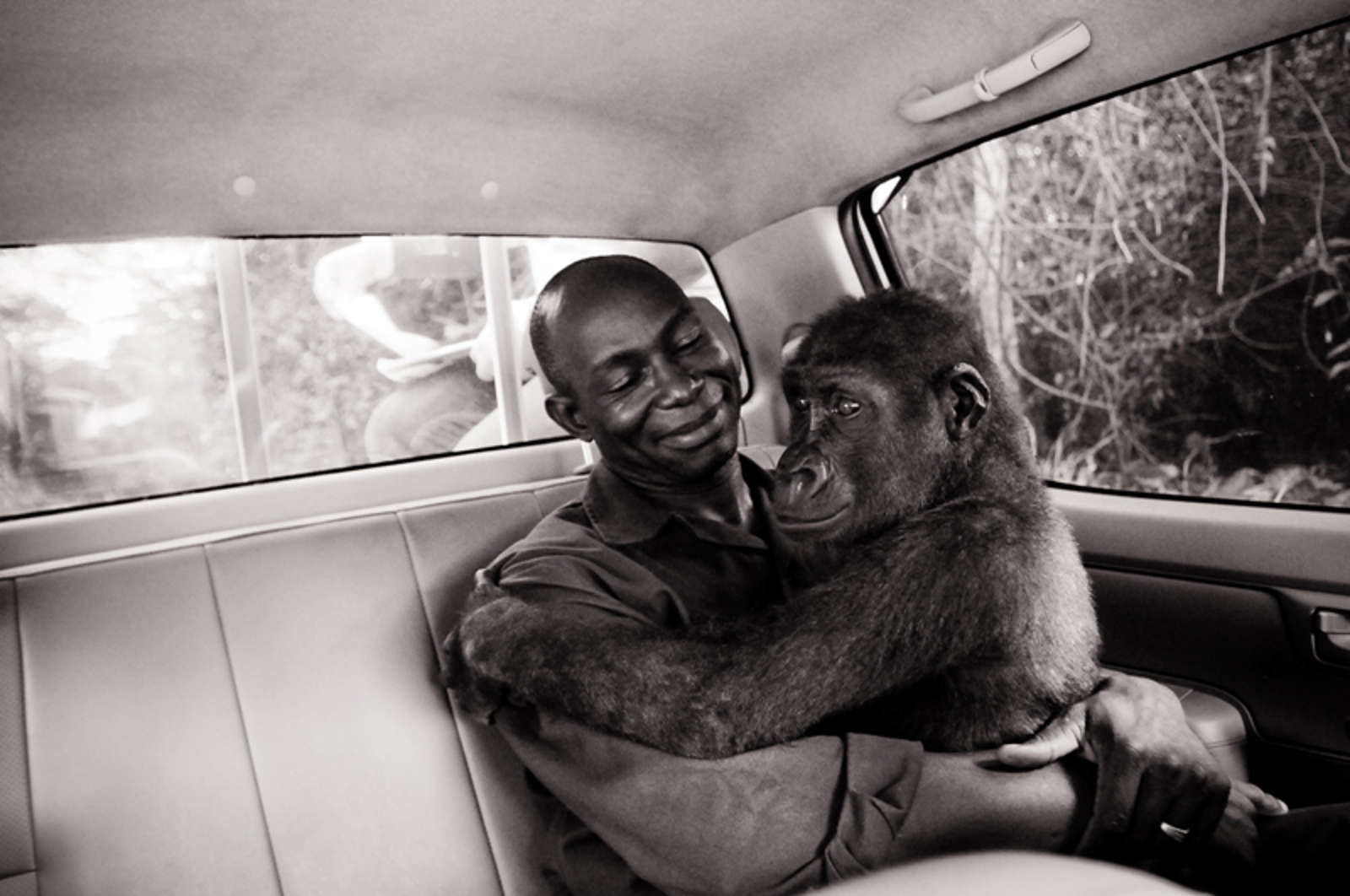 There are countless ways to advocate for animals ranging from protests to letter writing to participating in Meatless Mondays, just to name a few options. In addition to these everyday actions, many people choose to use their unique skill set to work on creating a better world for the animals any way possible.  One example of this is art.  Art can play a wide variety of roles in helping animals, including as advocacy, donating a portion of sales to animal advocacy organizations, or raising money.

Art can be a powerful tool to show people what animals go through without being too overbearing or “preachy.”  It allows people to come to their own conclusions about animals, as well as allow them to feel in a way that isn’t possible through simply speaking to them or even writing an informative article.  The following are only a few examples of powerful artists that are quietly but powerfully advocating for animals every day through their artistic mediums. 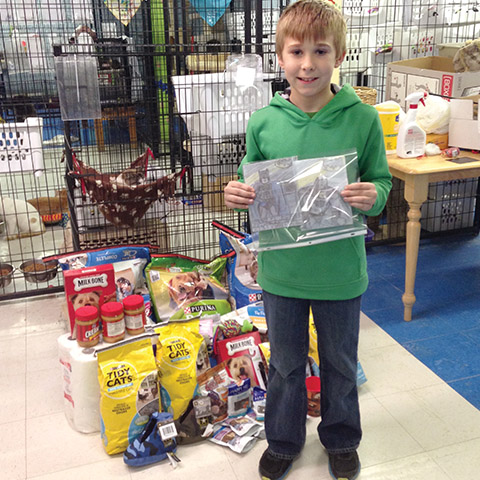 Artists of all ages can make a powerful impact with their talents.  Connor Jones is an example of this at only nine years old as of 2014.  He sold his artwork at his parents’ yard sale in 2013 in order to help animals.  Word of his plan spread and many people ordered art from him, which helped raise $100 for a local animal shelter called Angels of Assisi.

Connor continues to create art for the animals, including selling art locally at a Pet Expo where he made $141 on the first day alone.  He donated this money to the Deaf Dogs Rock booth.  The following day he donated the $75 he earned to the All American Mutt Rescue.  He also had the opportunity to be an illustrator for a published book covering a therapy cat.  He encourages other kids to do whatever they can to help the animals, as well. 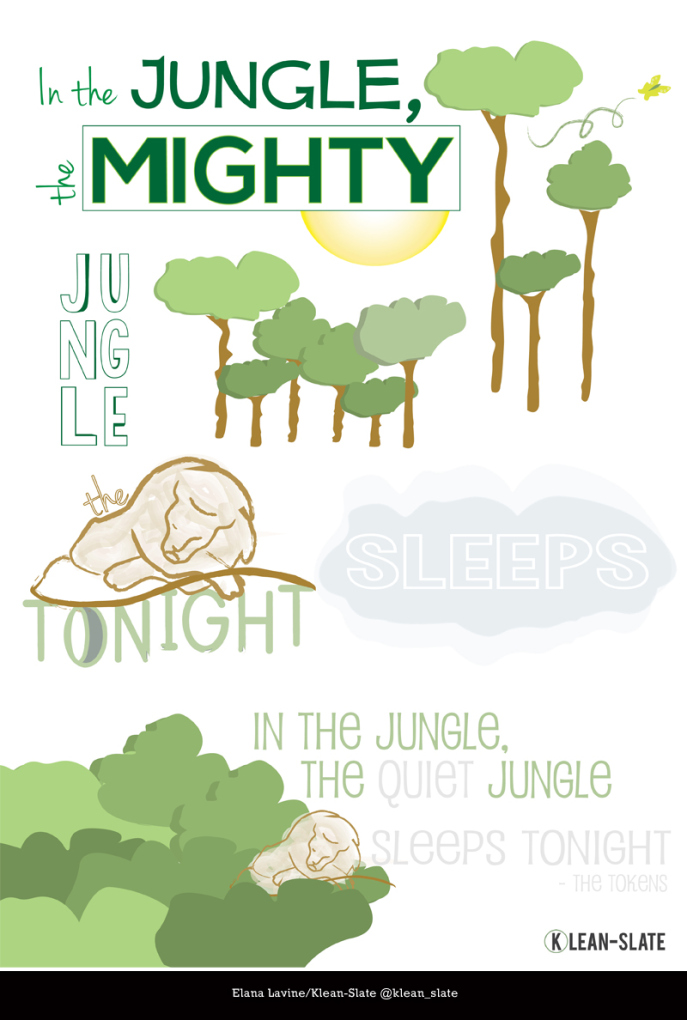 The Animal Lyrics Project is another excellent example of powerful art that advocates for a better world for animals.  This project is described as a vegan exhibition and is located entirely online.  The project is a gallery of posters that were created thanks to ThankTank Creative.  This group sees art as a method to help the animals while building a strong animal rights community.  After all, who isn’t a fan of beautiful images? 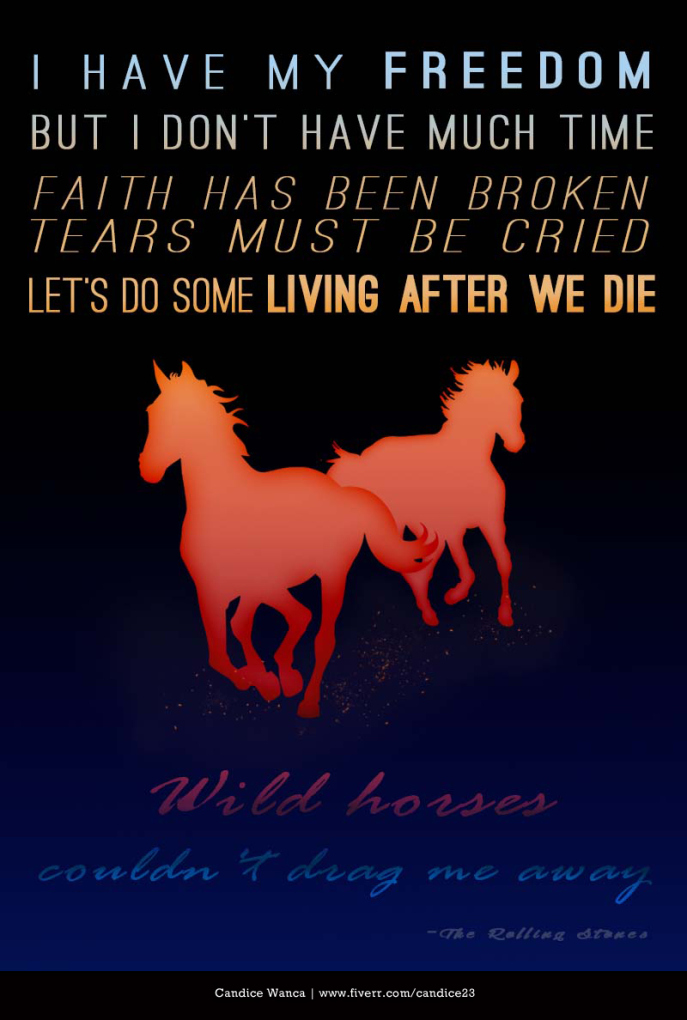 The posters incorporate words, particularly music and lyrics, along with images for a powerful message.  The hashtag #govegan is also included on many of them, making their message clear.  The images are also meant to be shared so their works can even be used as wallpaper for your smartphone!  The designers include Laurie Johnston from Two Trick Pony, ThankTank Creative, and Carmella Lanni from The Food Duo to name just a few.  You can see all the posters and the full list of designers on the site. 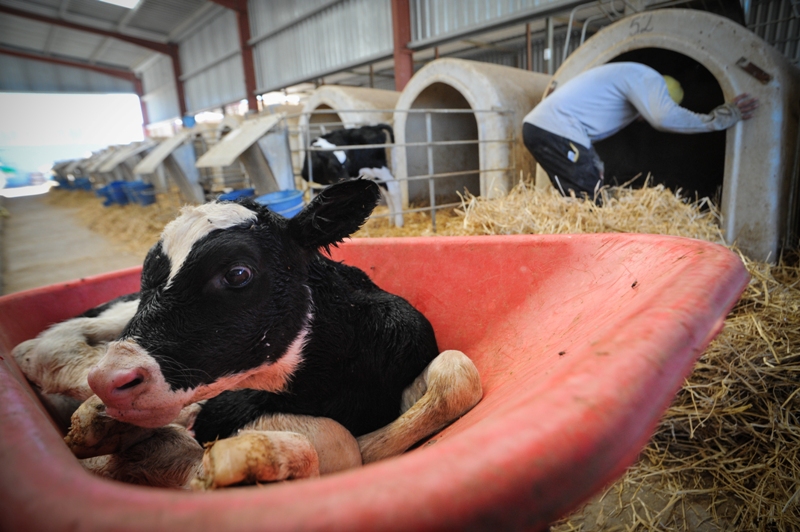 Another example of an artist using images to convey a powerful message about animals is Jo-Anne McArthur.  She sees her photography as a critical tool for her activism, because she is able to document animal suffering while also celebrating the joyful moments of rescue.  Her projects cover a wide range of animal activism efforts, including the Toronto Pig Save vigils.  This project showed people first hand what the transportation of pigs during a freezing cold Canadian winter is like and the horrors the pigs suffer.  Her work was also used in the powerful documentary The Ghosts in Our Machine. 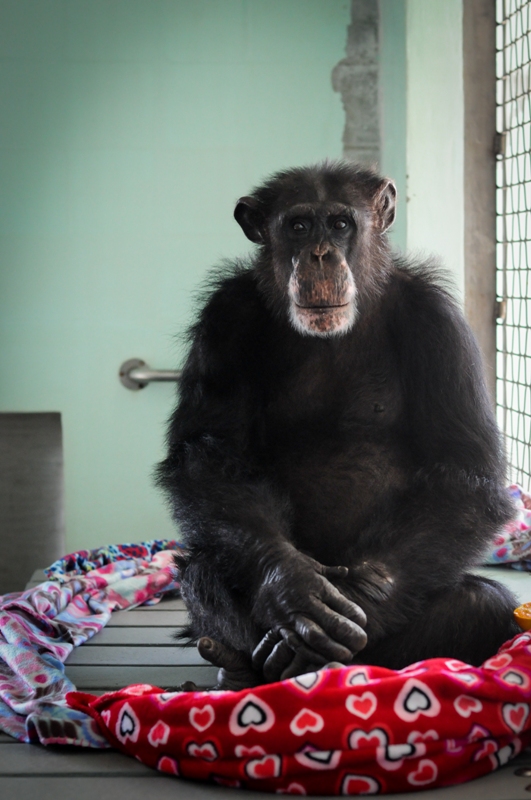 In addition to her other work, which continues, McArthur recently published a book titled We Animals.  This book shows animals within the human environment and how they are exploited for human needs such as food, as well as their rescues, and her own journal entries. 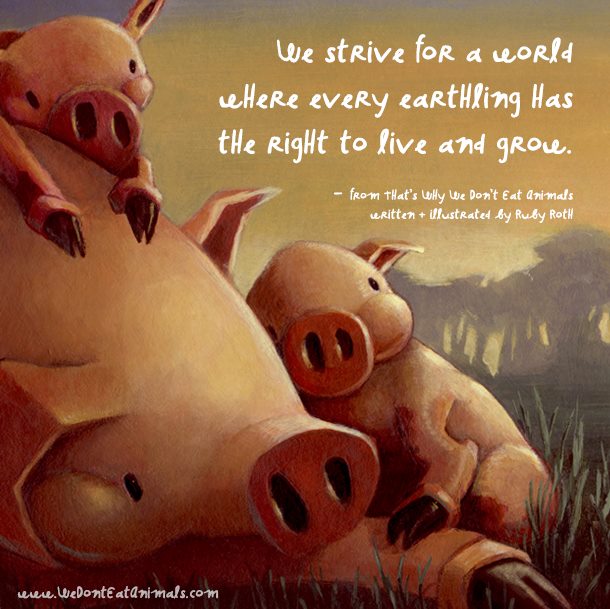 Art can take many forms, and Rubi Roth uses her talents to create beautiful but powerful children’s books.  Roth went vegan in 2003 when she was working as an art teacher in an elementary school.  Her students and their questions inspired her to write and illustrate her first book, That’s Why We Don’t Eat Animals, in 2009. 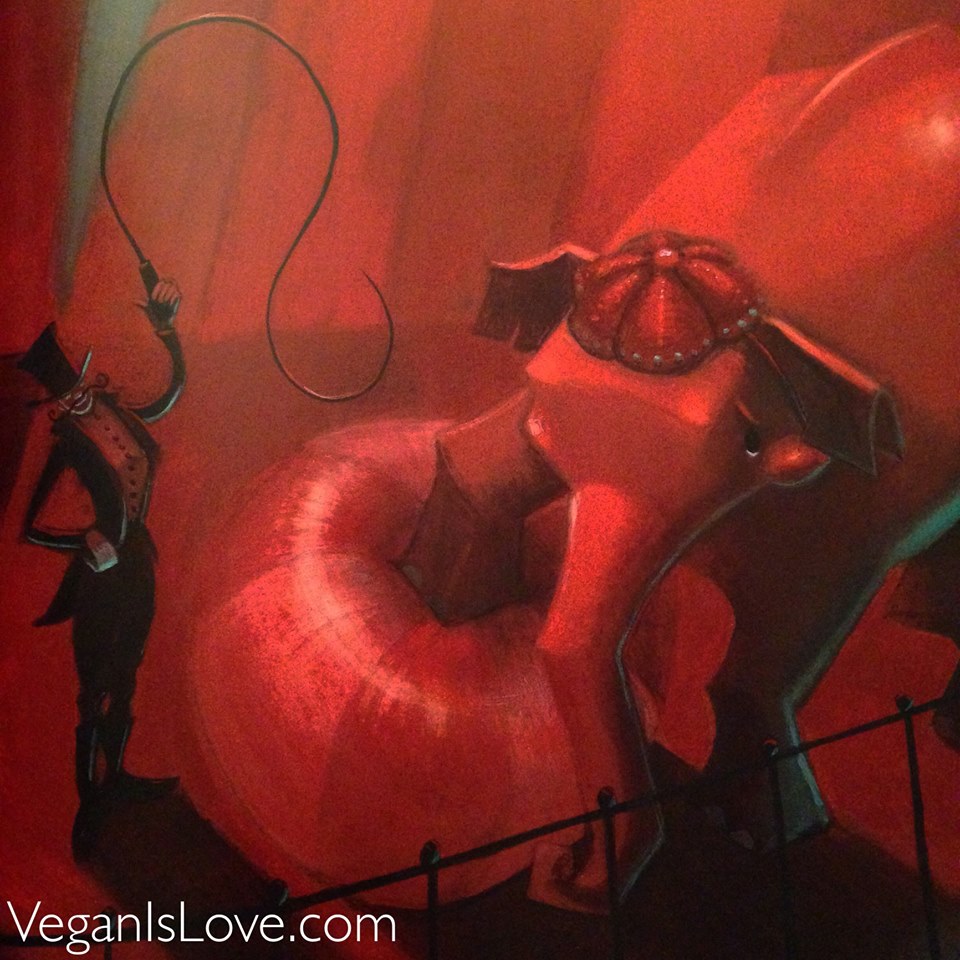 Her other books include V is for Vegan and Vegan is Love.  Her goal is to create books that use words and images to convey her message, which also helping kids think critically and ask questions, showing the power of different forms of art. 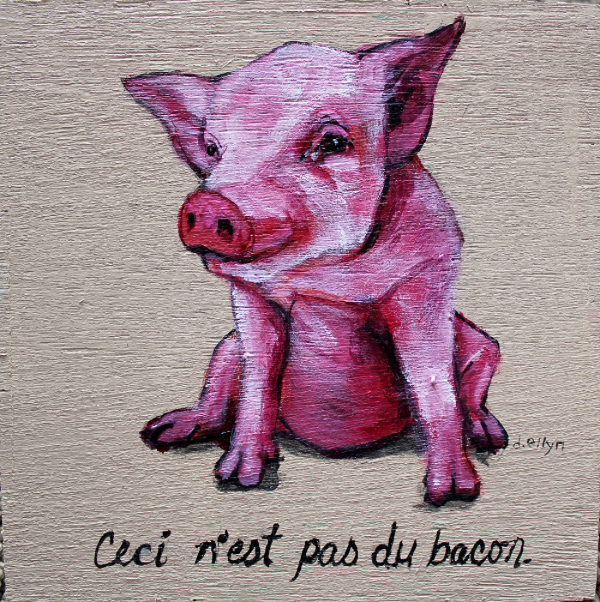 Another incredible artist determined to change the world for animals is Dana Ellyn.  This DC-based artist started being a full-time painter in 2002 after leaving a corporate job.  Her paintings do not shy away from showing the exploitation of animals, as well as critiquing society in general.  Her paintings are meant to start a conversation, and they are certainly doing that as effective advocacy for animals.  She truly began to concentrate on animal rights in 2013.  Her work truly comes from her heart and desire to change the world while expressing her views on society. 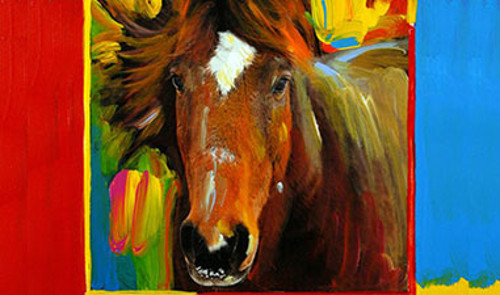 Peter Max is well known in the art world for large works of pop art, such as a dove sculpture created from thousands of pounds of stone from the Berlin Wall. He and his wife and daughter host events at his studio in order educate and raise awareness about animal rights. Max went vegan in his 20s and has been passionate about animal rights ever since. One of his greatest successes was rescuing Cindy Woo the cow, who escaped a slaughterhouse by jumping a six-foot fence.  He fought for a week and finally got her free and took her to Farm Sanctuary. Max is also know for creating paintings to raise awareness for the plight of NYC carriage horses. 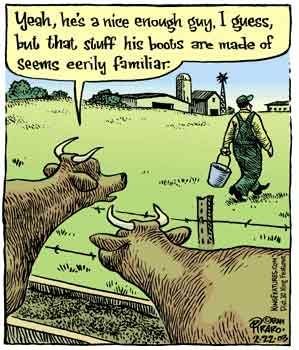 Dan Piraro is renowned for his comic Bizarro, which is published in over 360 papers.  He uses surrealistic images to make fun but effective social commentary.  He proudly describes himself a vegan and animal rights activists, among his many other attributes.  He uses humor as a method to open people up to the more serious commentary contained within his comics.  He even won “Cartoonist of the Year” in 2009, which is awarded by the National Cartoonists Society.  He has also won the “Genesis Award” from the Humane Society more than once.  He fights for the animals with his art as well as his sense of humor.

Art has the incredible ability to make people stop in their tracks and think about an issue that they may have otherwise ignored entirely. Whether its in the form of sketches, photographs, posters, or books, art can be an amazing medium to change the way we see the world.

Green Monsters, do you have any favorite artists? Tell us in the comments!