After 18 Years in a Roadside Zoo, Terry Learns What it Means to be a Chimpanzee! 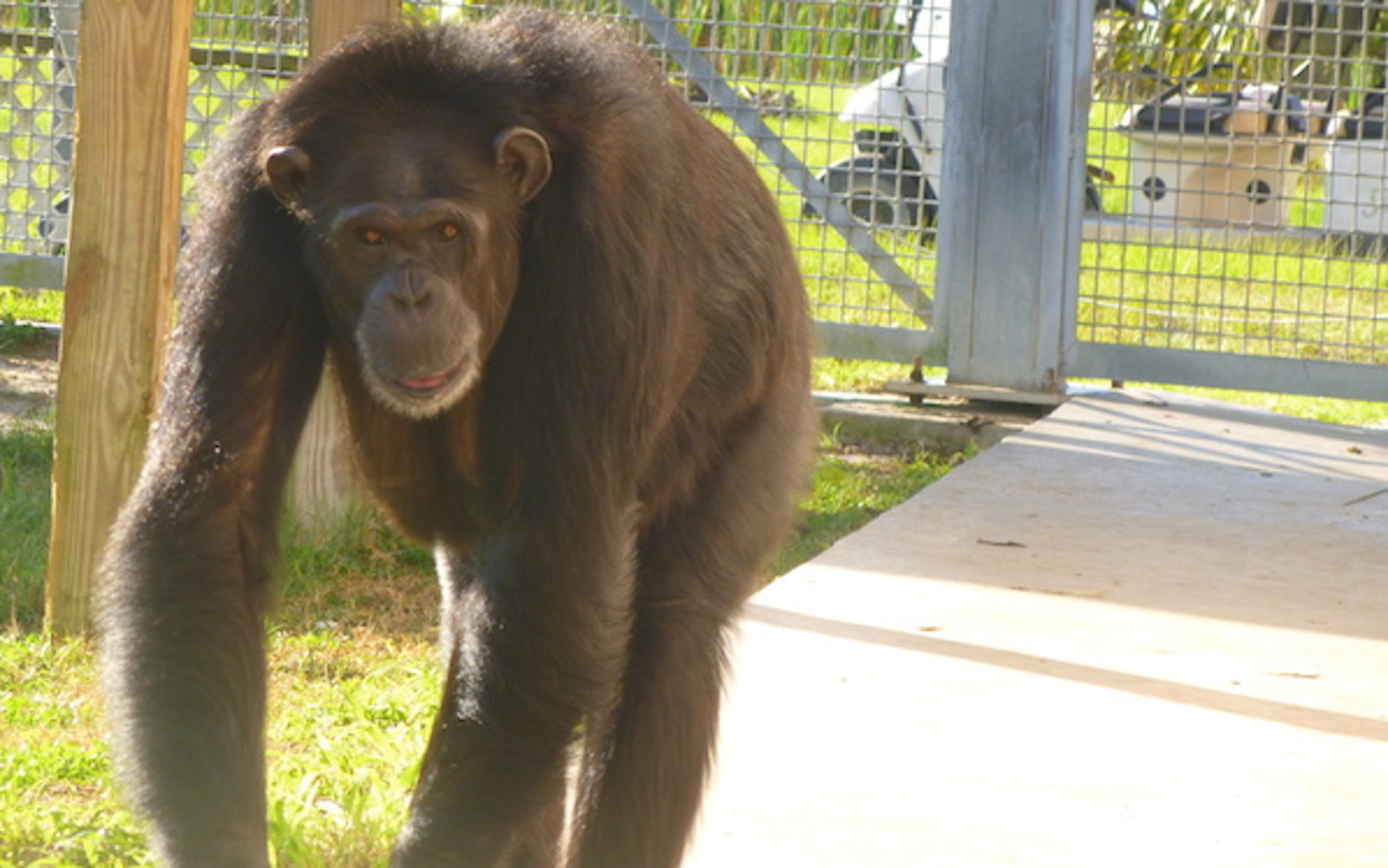 As animal lovers, we jump at every single chance we get to interact with animals – especially wild animals that may not get to see or experience in our everyday lives. While this adoration of animals is wonderful, sadly it can sometimes lead to the exploitation and abuse of these same creatures. Zoos may pride themselves on being driven by animal conservation and education; however, when animals are taken from their natural habitat with the express purpose of entertaining people (for the profit of the establishment) the true mission of the zoo becomes a little less noble.

In September of 2013, the Las Vegas Zoo was shut down for neglecting their animals following an investigation by PETA. For years the zoo had been keeping its animals in heinously substandard conditions and many were both mentally and physically ill as a result. After about three years of petitioning the USDA to revoke their zoo license, PETA’s hard work paid off when the zoo’s doors where shut for good. Of the many animals who were rescued from the zoo was Terry the chimp. After spending 18 years in solitary confinement, Terry was sent to Save the Chimps Sanctuary in Fort Pierce, Florida.

Chimpanzees are incredibly social and emotional animals, but because Terry had spent the majority of his life all alone in a barren cage he was a bit afraid of the other chimpanzees when he first arrived at the sanctuary.

Sanctuary director, Jen Feuerstein, tells One Green Planet, “Overall Terry was healthy when he came to Save the Chimps. He was overweight, but otherwise had a normal physical exam. The biggest concern was that he had lived alone for 18 years.” 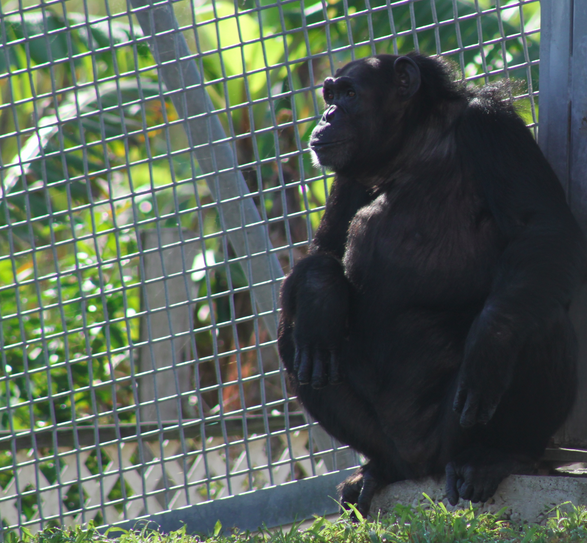 Initially, it seemed as if Terry had forgotten how to “speak chimpanzee.” One of the other chimps, Indie reached out to Terry and slowly but surely he learned to feel more comfortable around his new primate friends. Indie helped Terry to overcome his fear of other chimpanzees which has enabled him to begin to live the social life that a regular chimp would. 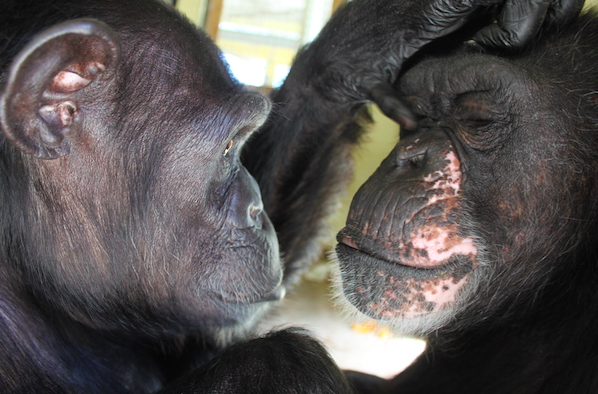 Terry was also nervous and a bit shy around his human caretakers. Before coming to Save the Chimps, Terry was only ever in contact with the visitors who came to the zoo or his caretaker. 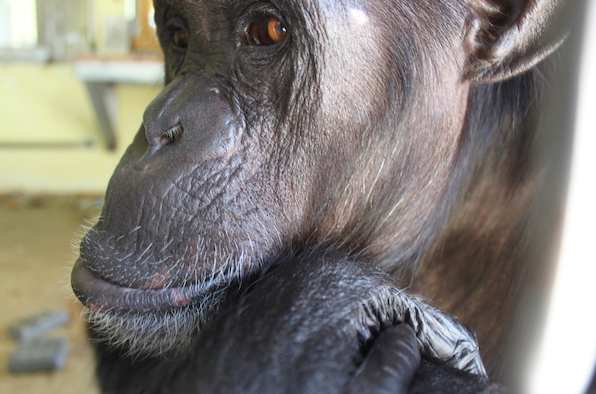 “He is a bit reserved, maybe even a little suspicious, at first until he gets to know you.  But when he comes out of his shell he is playful and feisty,” explains Feuerstein.

Now that Terry has adjusted to a diet that is more suited to a chimpanzee, he has also developed a distinct list of likes and dislikes – which he is very willing to share with his caretakers. Oranges are currently his favorite food. If he is given something he does not like to eat, he tends to overreact his distain for the item he has just tasted, as if to ensure he is never given it again. 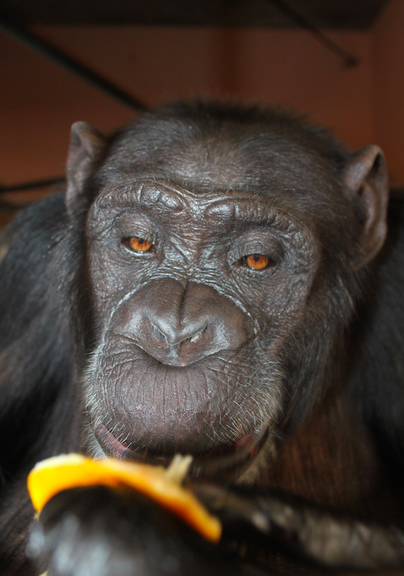 When he is not snacking on oranges, Terry can be found hanging out at Air Force Island, the sanctuary’s adjoining three acre island that he can travel to via a chute from the Special Needs Building where he lives.

This is Wally and Terry’s preferred spot for a solid afternoon of climbing and doing enrichment activities. “Puzzle feeders” are Terry’s favorite forms of enrichment – who wouldn’t love a fun mental challenge that ends with a yummy treat? 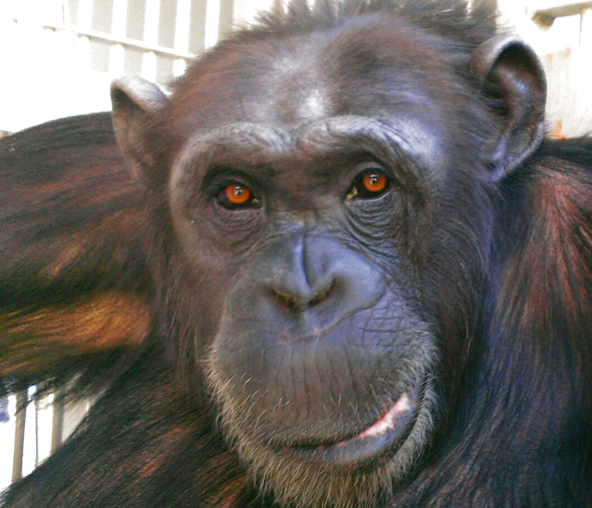 Terry has been at Save the Chimps for about a year now and as he continues to adjust to living with other chimpanzees and learn what it means to be a chimp – in his own right, not animal used for human entertainment– he will gradually transition into a larger social group.

As Feuerstein tells One Green Planet, “Save the Chimps was only able to help Terry embark on a new life thanks to the generosity of supporters who recognize that chimpanzees do not belong in research labs, entertainment, or the pet trade. “

Thanks to PETA’s action and the kind people who have worked so patiently with Terry to ensure that he transitions smoothly into his new life, this one little chimp finally gets to lead the life every animal deserves to lead.

Next time you think about visiting a zoo, remember Terry and reconsider that choice. It took Terry 18 years to get this chance, that is 18 years longer than any sentient being should have to wait for a chance at freedom.

To learn more about Save the Chimps, check out their Facebook page and website. To make a donation to help them care for Terry and his friends, click here.