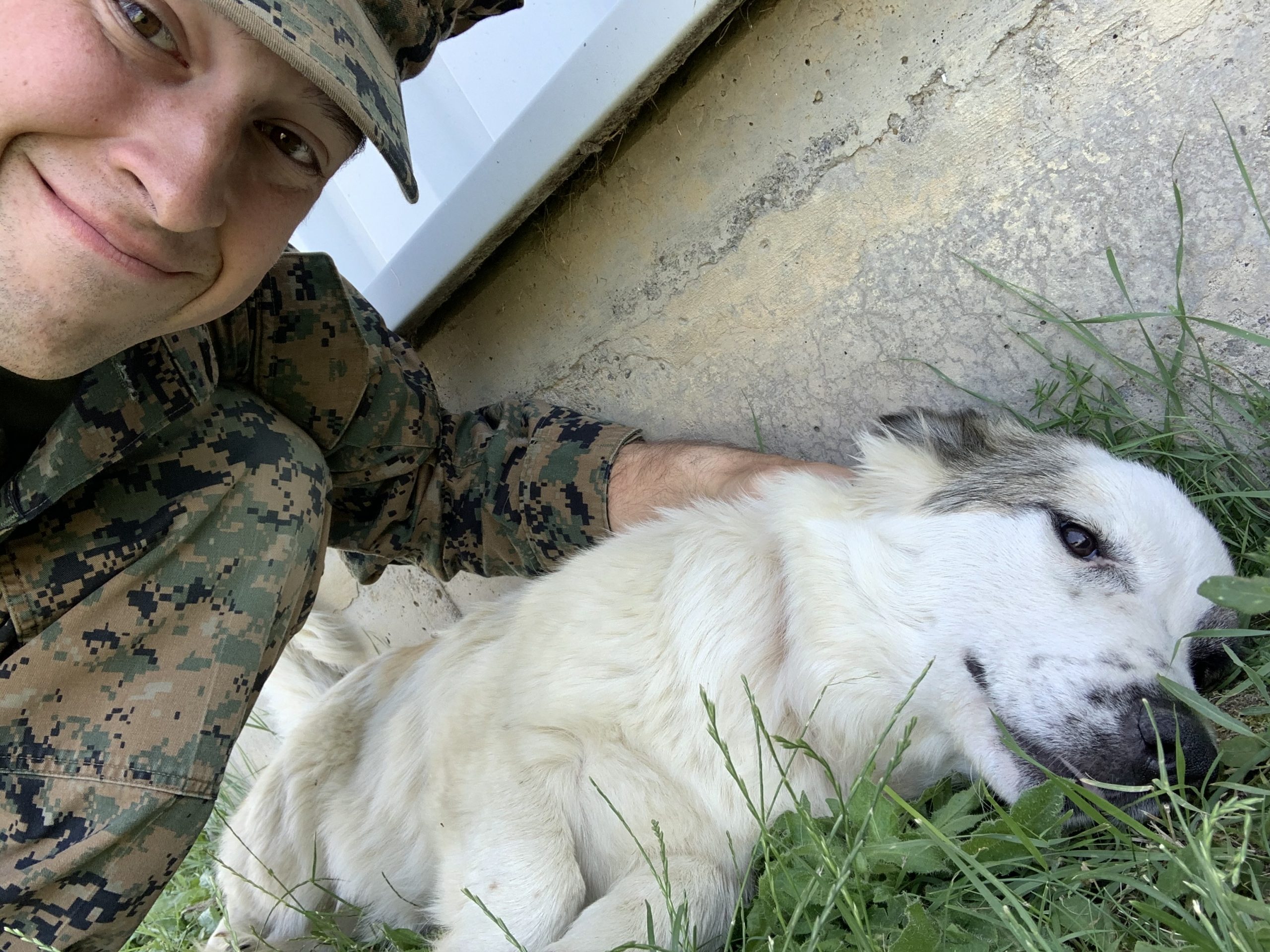 Both now and long before the COVID-19 pandemic, our brave US military members serve bravely worldwide, making many sacrifices. They endure long deployments and cope with the harsh realities of the battlefield as well as loneliness due to separation from their families. Local animals they befriend often play a key role in building companionship and bringing them joy in difficult times.

Earlier this year, US Service Member Patrick Brady experienced this firsthand when he befriended Marshmallow, a female puppy (Shepherd mix) that wandered onto his base in Georgia, Eastern Europe. Immediately, Patrick developed a bond with her:

“During the beginning of the second month of our deployment, I was working in my building and I heard one of the guys say that another puppy had come onto base (there was one that came on about a week or two earlier). I went outside to check, and I was absolutely in love with her.” 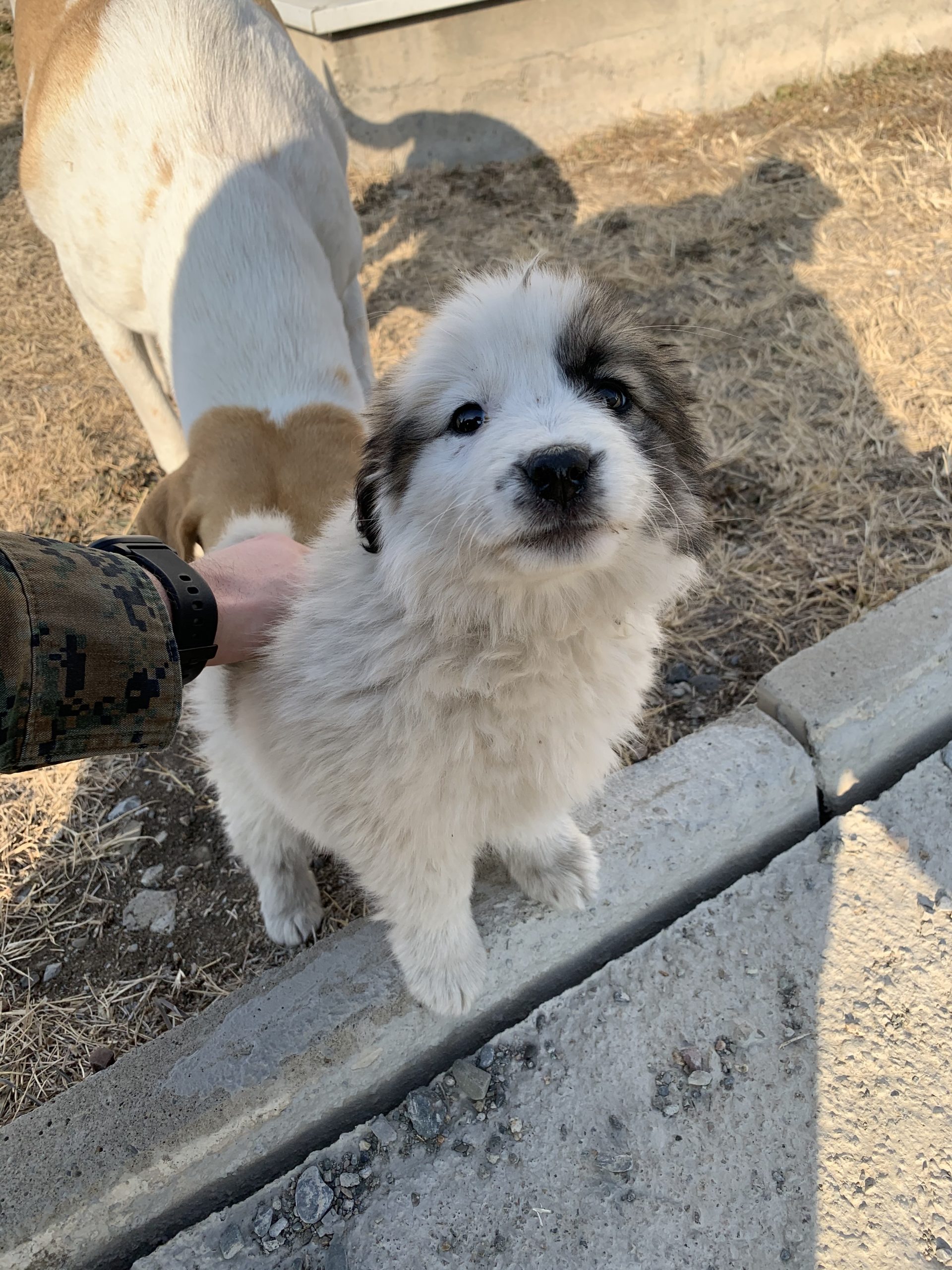 From that point on, Patrick kept Marshmallow by his side, bringing her dog food, washing her when she strolled in completely covered in mud and dirt, and keeping an eye on her while he completed his normal duties. As the weeks passed, Patrick knew that he had to bring her home to Huntington Station, New York once he completed his deployment.

That’s when he contacted SPCA International, an animal welfare organization based in New York that rescues and reunites pets with their troops through their program Operation Baghdad Pups: Worldwide. Patrick and many American troops face tremendous challenges to bringing their companion animals they adopt abroad home, between ensuring they are properly vaccinated and addressing other logistical concerns – and COVID-19 has only complicated the process further with restrictions, quarantines, and extra clearances required for safety.

Patrick faced these challenges and more; at one point, Patrick feared he would not be able to place Marshmallow on a flight to New York because the crate he had brought for his precious puppy didn’t have the correct plastic screws holding it together. Despite these difficulties and many others, SPCA International stuck with him every step of the way.

“As I get through customs, I get a phone call from SPCA International, saying, ‘she is being let through now, you just need to go through bagging.’ Once I got through, I was brought through the back and helped load [Marshmallow] to the plane. At that time, I got a call from a SPCA International team member saying, ‘She’s on the plane’ and we both just burst into tears after such a long morning and even longer process, finally being done. Still brings tears to my eyes now thinking about it.” 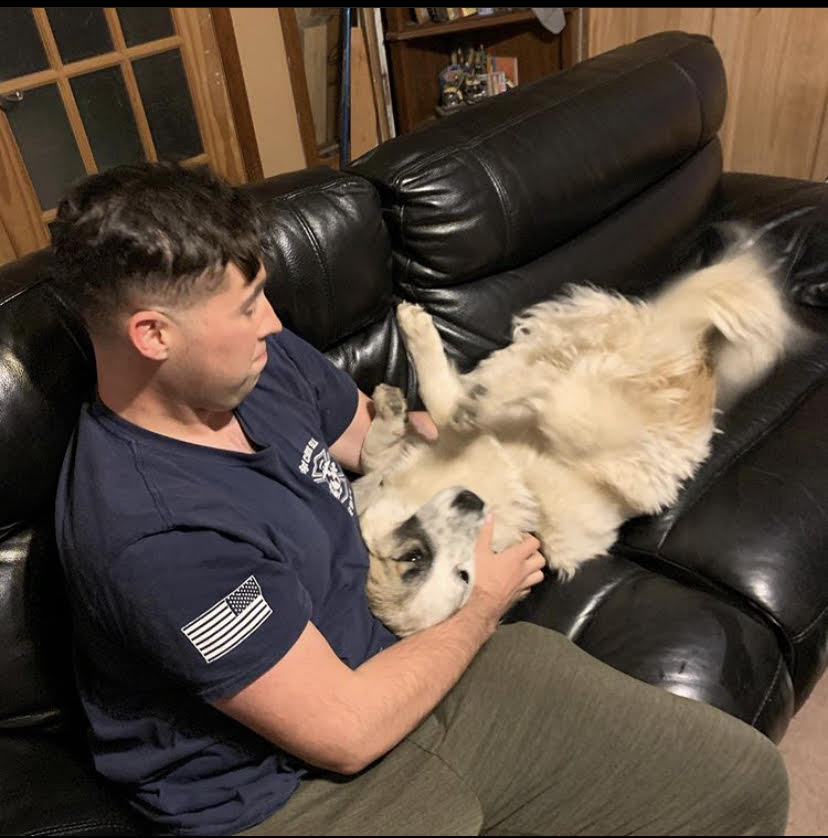 When it seems like soldiers will be forced to leave their beloved animals behind, SPCA International enables these relationships to carry on by rescuing animals overseas and reuniting them with their service members in America. Marshmallow is just one of the dozens of animals that SPCA International has helped bring back to service members across the United States this year.

Marshmallow now lives with Patrick and his two other dogs, a Chow Chow named Bear and a Mastiff named Smokey in Huntington Station. Patrick shared, “She loves it here along with both of my parents who spoiled her while I was still on my way home [from deployment]. She still loves to play and is the funniest little dog and I love her so much.” 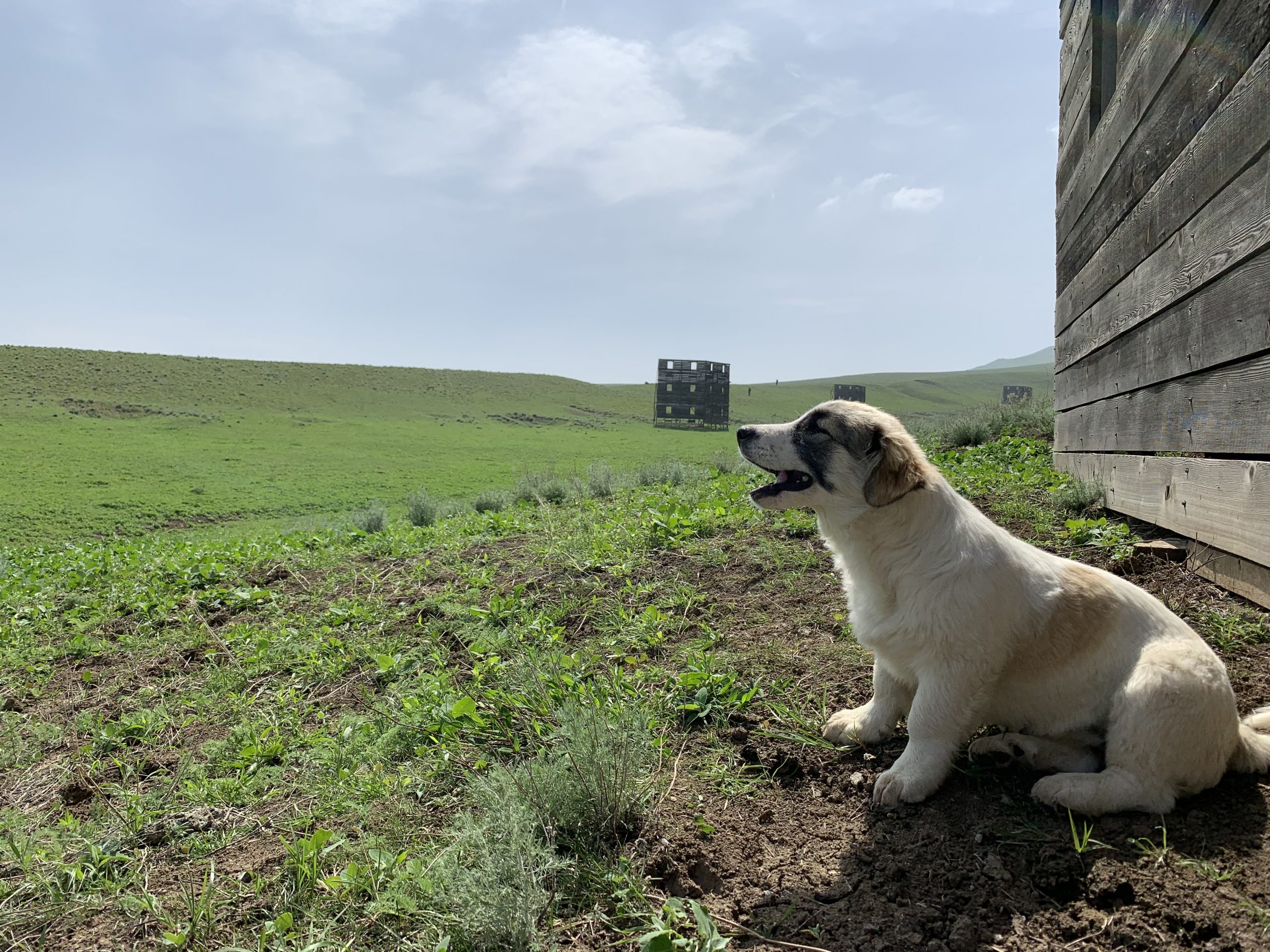