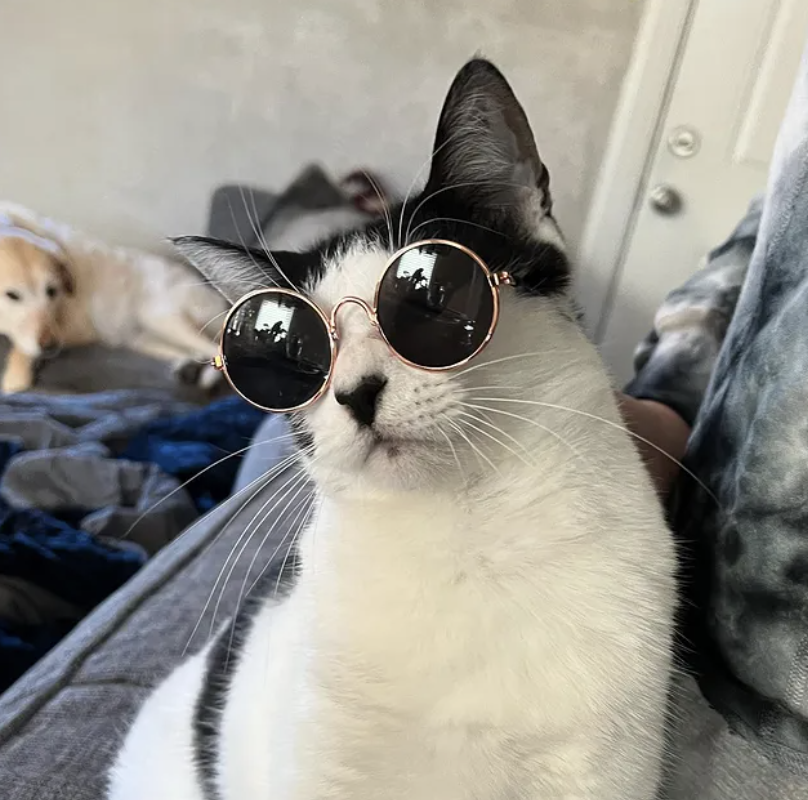 When Kelsey first laid eyes on Bruno, she knew they had a special connection. Although doctors told her that he was blind, this didn’t deter her from bringing him home with her.

Bruno was originally found by local animal control and wasn’t getting adopted because of his medical issues. Apart from his blindness, which developed early on in his life, he had developed suspected FIP. Kelsey had been working in an animal shelter where Bruno was being kept, and he would meow at her every time she walked by. After becoming Kelsy’s office pet, she finally decided to officially give Bruno his forever home!

Despite his setbacks in life, Bruno has no fear and is the most adventurous kitty. He loves to run around in his backyard and will occasionally run into things, but that doesn’t seem to faze him. Despite being a dog person all her life, Kelsey has a new appreciation for cats. Bruno and Kelsey are two peas in a pod!

You can keep up with Bruno on Instagram and TikTok!