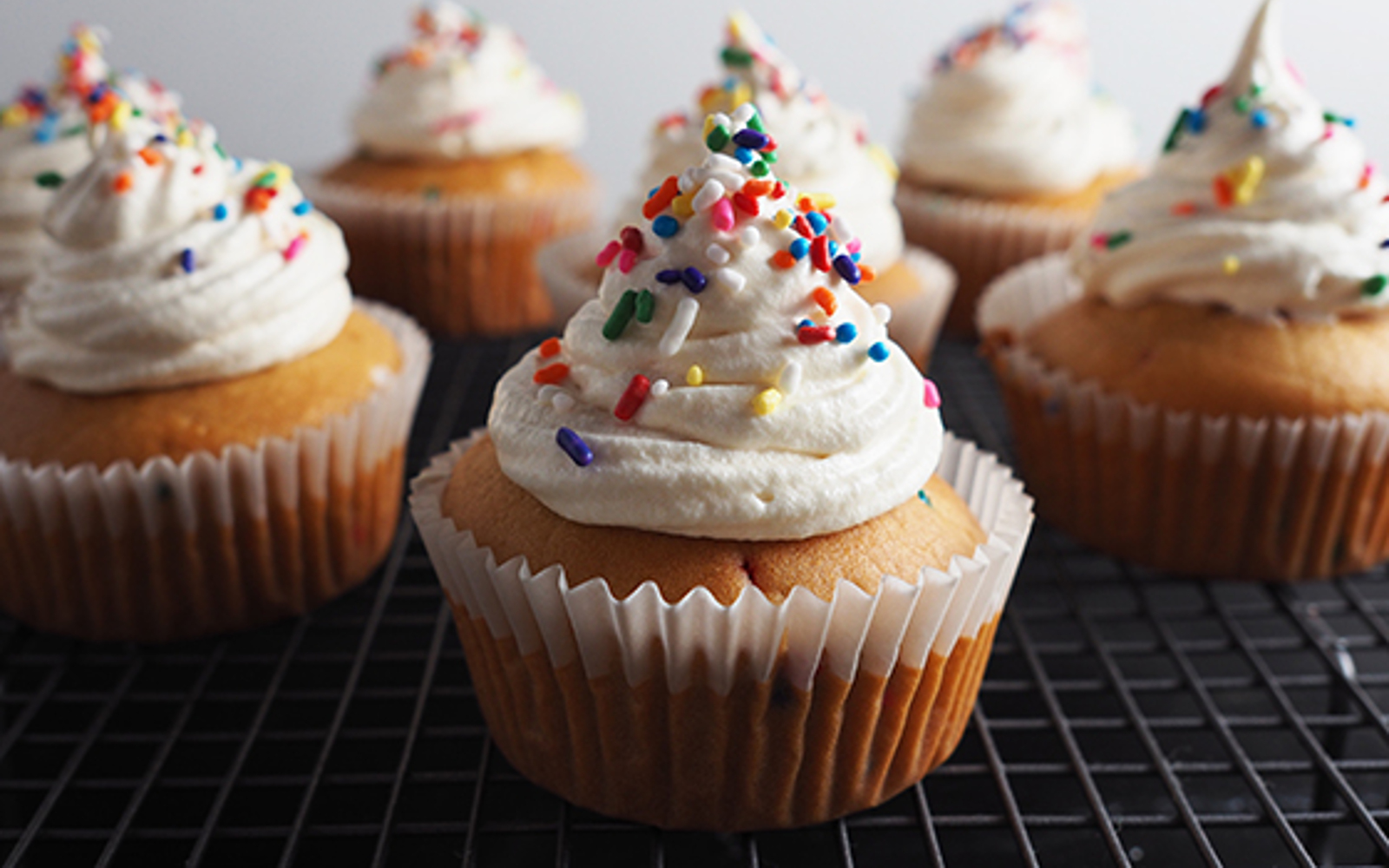 Sometimes you want to forego the fancy desserts in favor of something everybody can agree on. That is these vanilla cupcakes that come with a rich vanilla frosting. These little cupcakes are picture-perfect for any event — they're almost too cute to eat! Okay, not really. There's no guarantee that these will last long enough for pictures.

For the Cupcakes: For the Frosting:
Advertisement

Chelsey Johns is the creator and editor of Like a Vegan, an Australian lifestyle blog full of original recipes, articles and reviews to make living Like a Vegan a whole lot easier! While she’s not blogging, Chelsey can be found watching teen dramas, listening to hip-hop or looking up pictures of Hollywood hunks on the internet (that’s not creepy, right?) Chelsey’s favorite food is pizza but although she doesn’t have a sweet tooth, loves creating dessert recipes the most. Her dream is to one day be able to adopt older dogs and give them a loving home to spend the rest of their days.