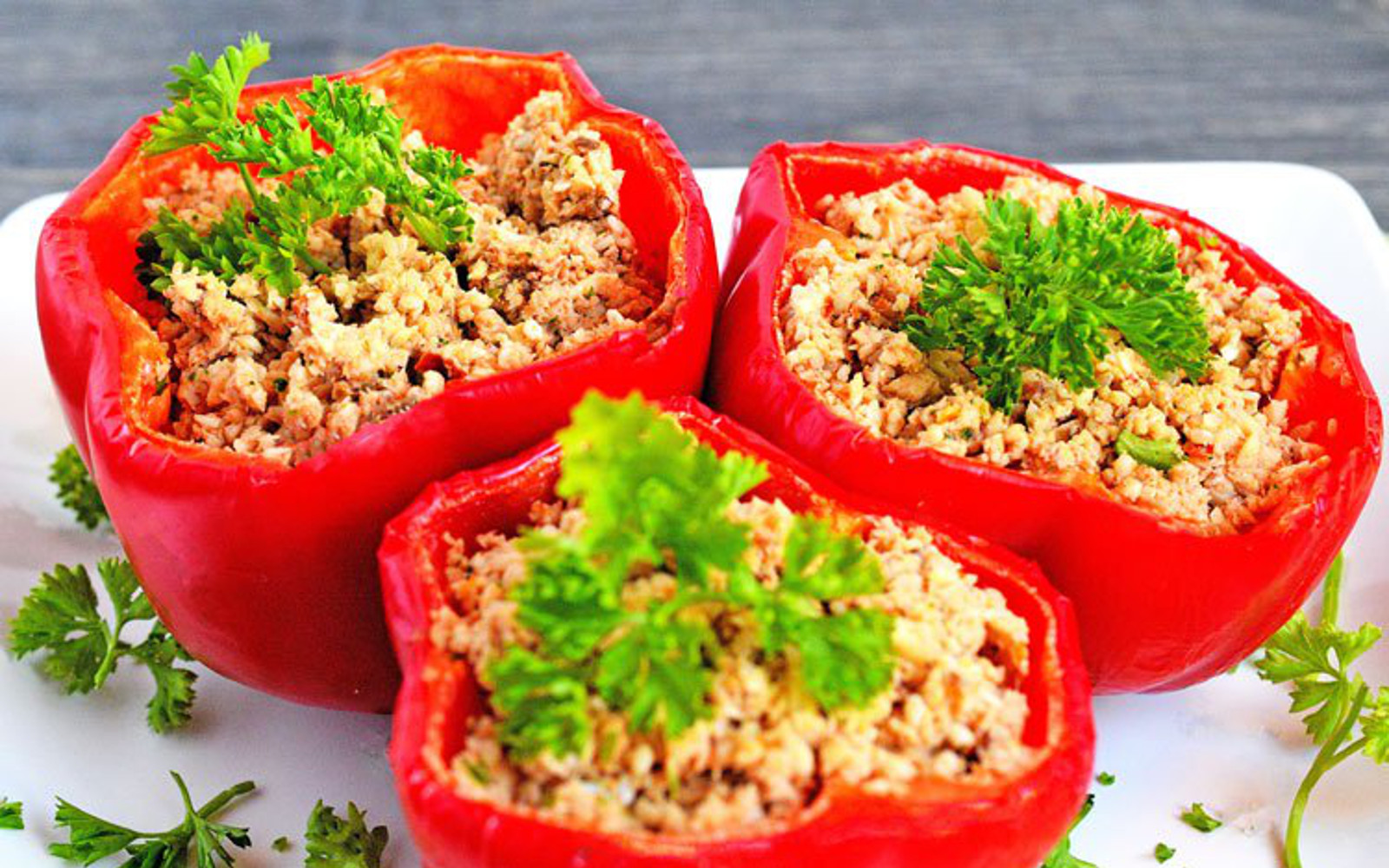 These "tuna" stuffed peppers are vegan, raw, and delicious. The stuffing for the peppers is made from a combination of parsnips, walnuts, sesame seeds, and sun-dried tomatoes that are blended until they have a texture like tuna. They taste like it too thanks to the umami notes from the sesame seeds and sun-dried tomatoes. These make the perfect light lunch to take along to school or work.

This recipe makes extra; use the mock tuna to spread on your crackers, use a salad topping, add it to sandwiches, or even wraps.

Crystal Bonnet is a Raw Vegan Food Blogger and Food Photographer at Raw Revive, featuring vegan, high-raw recipes. Her passion led her to explore education as a raw vegan chef; completing courses through the Matthew Kenney Culinary School and The Raw Chef. Crystal now works on her blog, continues to take courses, sells her treats at farmer’s markets and prepares raw vegan meals for yoga/meditation retreats in the Canadian Rockies.