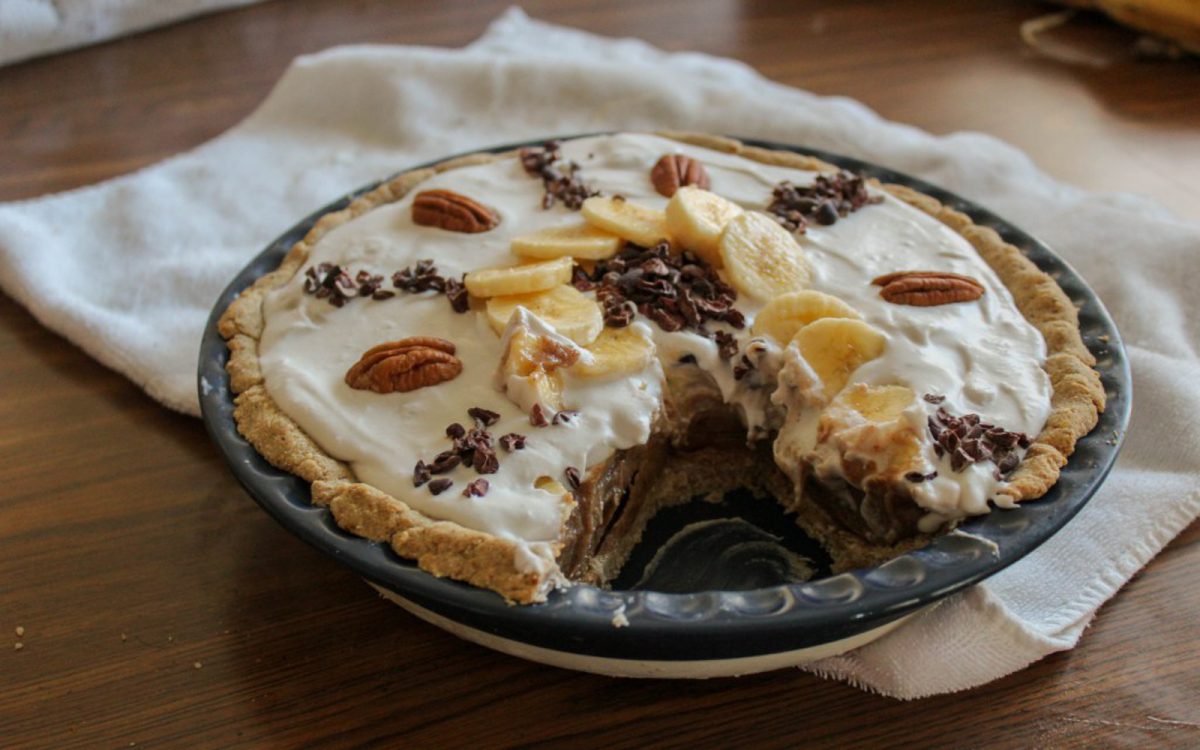 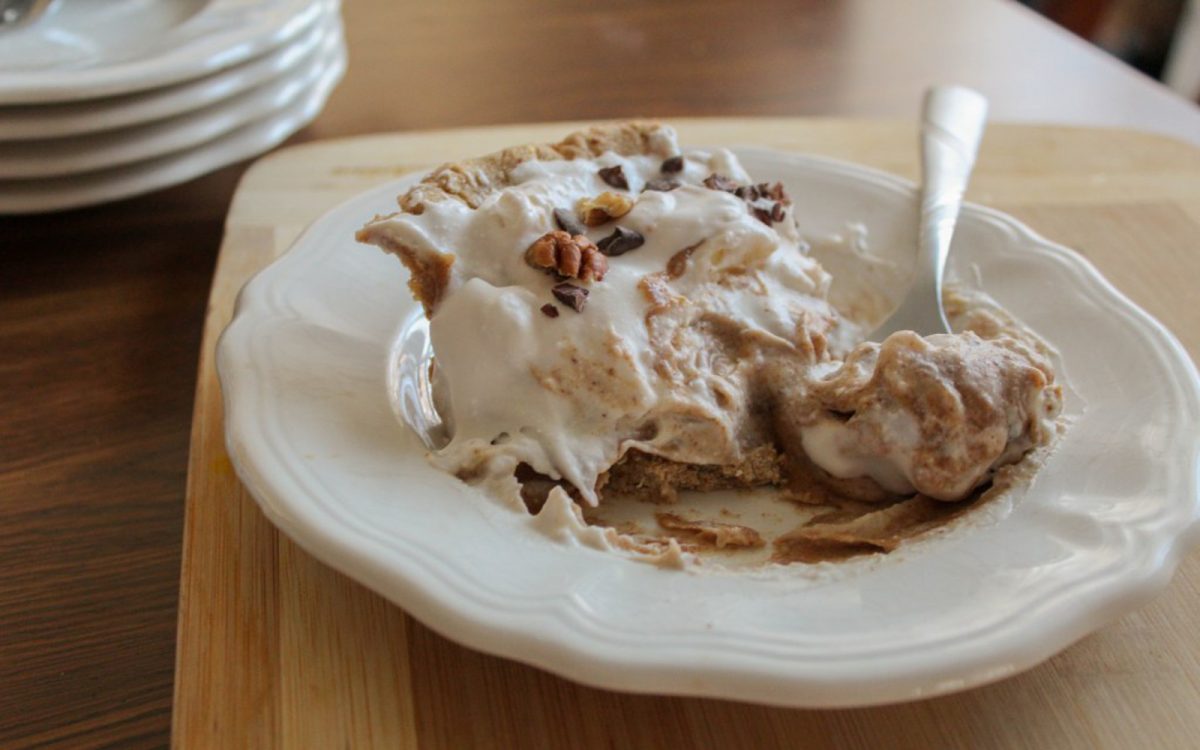 If you are a connoisseur of banana cream pie (like we are) you will be pumped about this recipe – it’s literally the best banana cream pie ever. The crumbly date crust is slathered with a decadent date caramel, covered in ripe bananas, and then topped off with a velvety coconut cream and some more banana slices for good measure.

For the Toffee Layer:

For the Whipped Cream:

To Make the Toffee Layer:

To Make the Whipped Cream:

Howdy! My name is Rita, and whole foods, plant-based nutrition is my jam. I am a certified yoga instructor, nutrition nerd, and green-smoothie addict with an insatiable appetite for creating delicious and nutritious plant-based recipes devoid of refined-sugar, gluten, and dairy. In my spare time, you can catch me singing at the top of my lungs, dancing in my kitchen, petting my dog, practicing yoga or walking outdoors, and smiling at every one I meet.