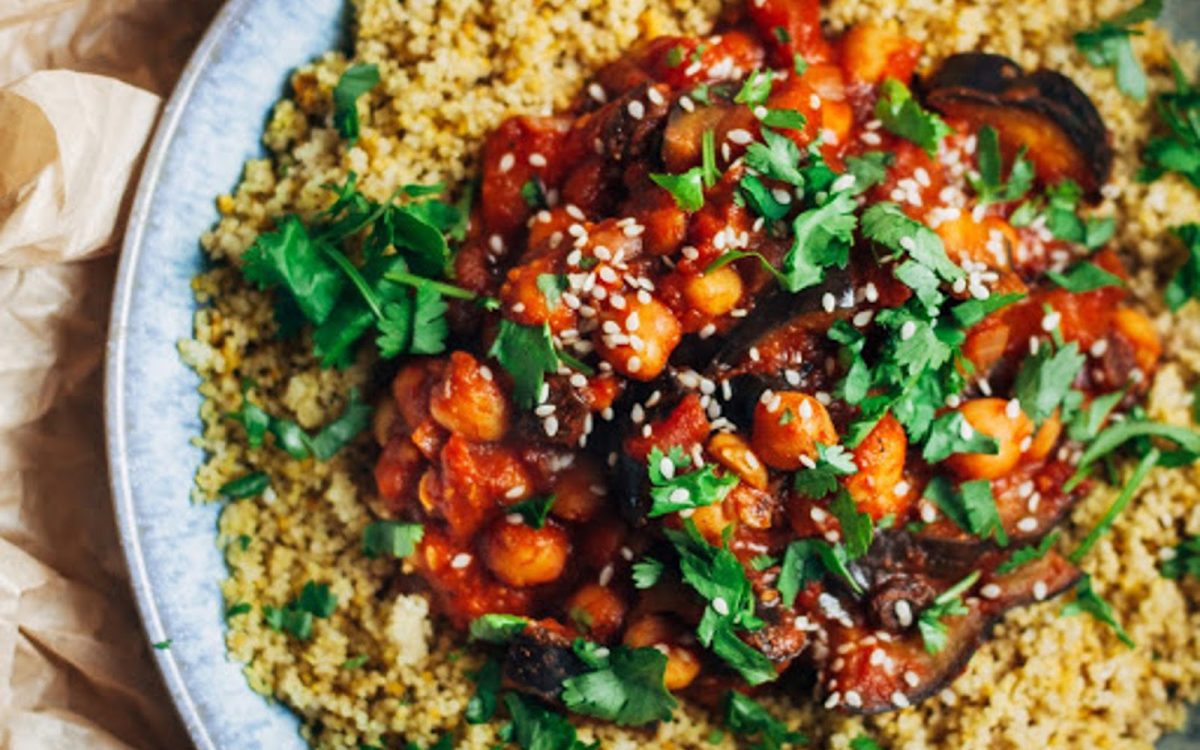 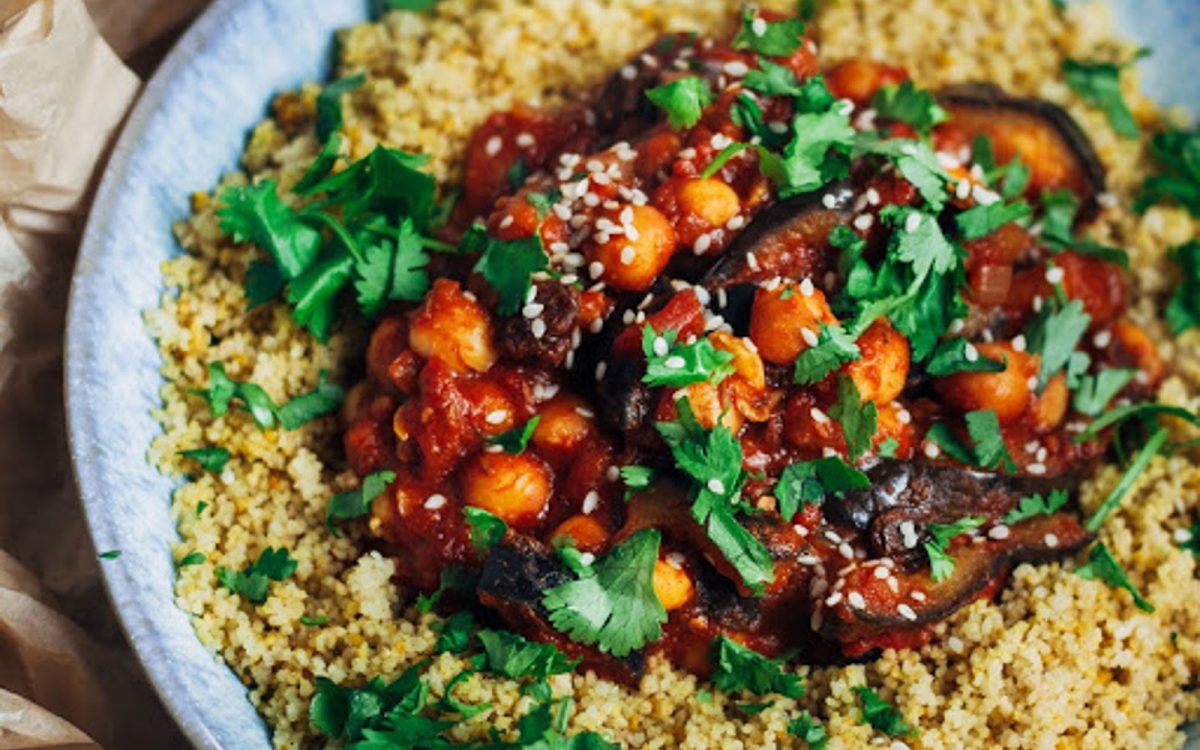 This eggplant tagine is rich, perfectly spiced, and will melt in your mouth – it's the definition of middle eastern comfort food. A tagine is a heavy clay pot that is used in Moroccan cooking to stew a wealth of ingredients until all of the flavors combine into a symphony of deliciousness. But even if you don't have a tagine, this stovetop version of the dish is just as good as the classic method.

You can also make all of this in an oven, by simply cooking everything in an oven-safe dish or tagine pot. Pop it into the oven after the step where you add the chickpeas, raisins, and eggplant. Bake it for 40-60 minutes until it's thick.

Sasha Gill is a med student by day, crazy cat lady at night, and passionate vegan 24/7. She made the decision to go plant based for both health and ethical reasons, and has never looked back since. The madness behind the blog ‘The Sasha Diaries’, she is determined to convince everyone that begin a plant-based vegan is definitely not boring, with interesting flavor combination and veggie-fied comfort food.