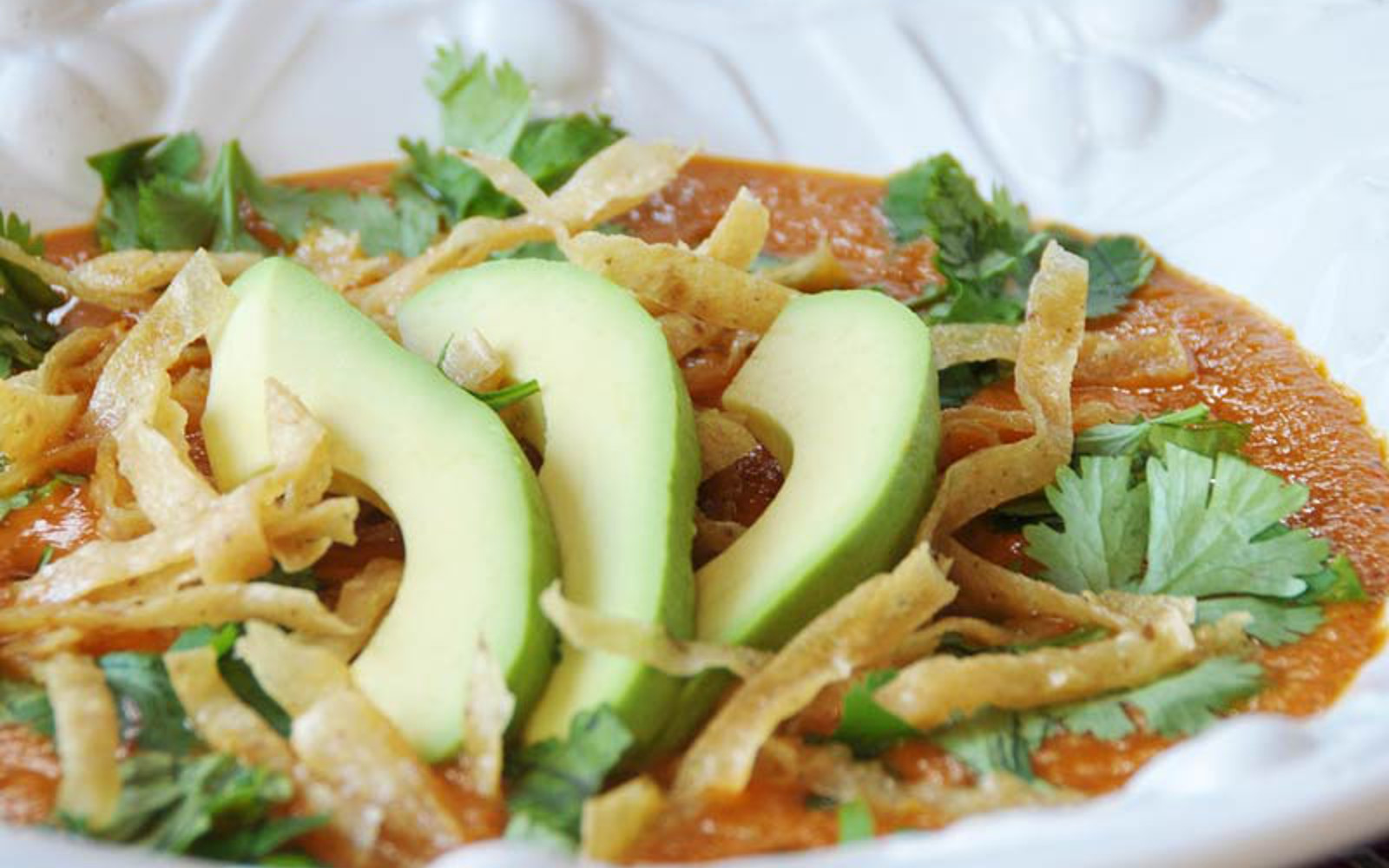 You'll want to dive right into this spicy soup on cold winter nights! Loaded with veggies and crispy homemade tortillas, the heat of this soup is balanced out with freshly sliced avocado and fresh cilantro. Be sure to make extra tortillas — their crunchiness is irresistible, especially with this tomato-y broth.

For the Tortillas:
Advertisement