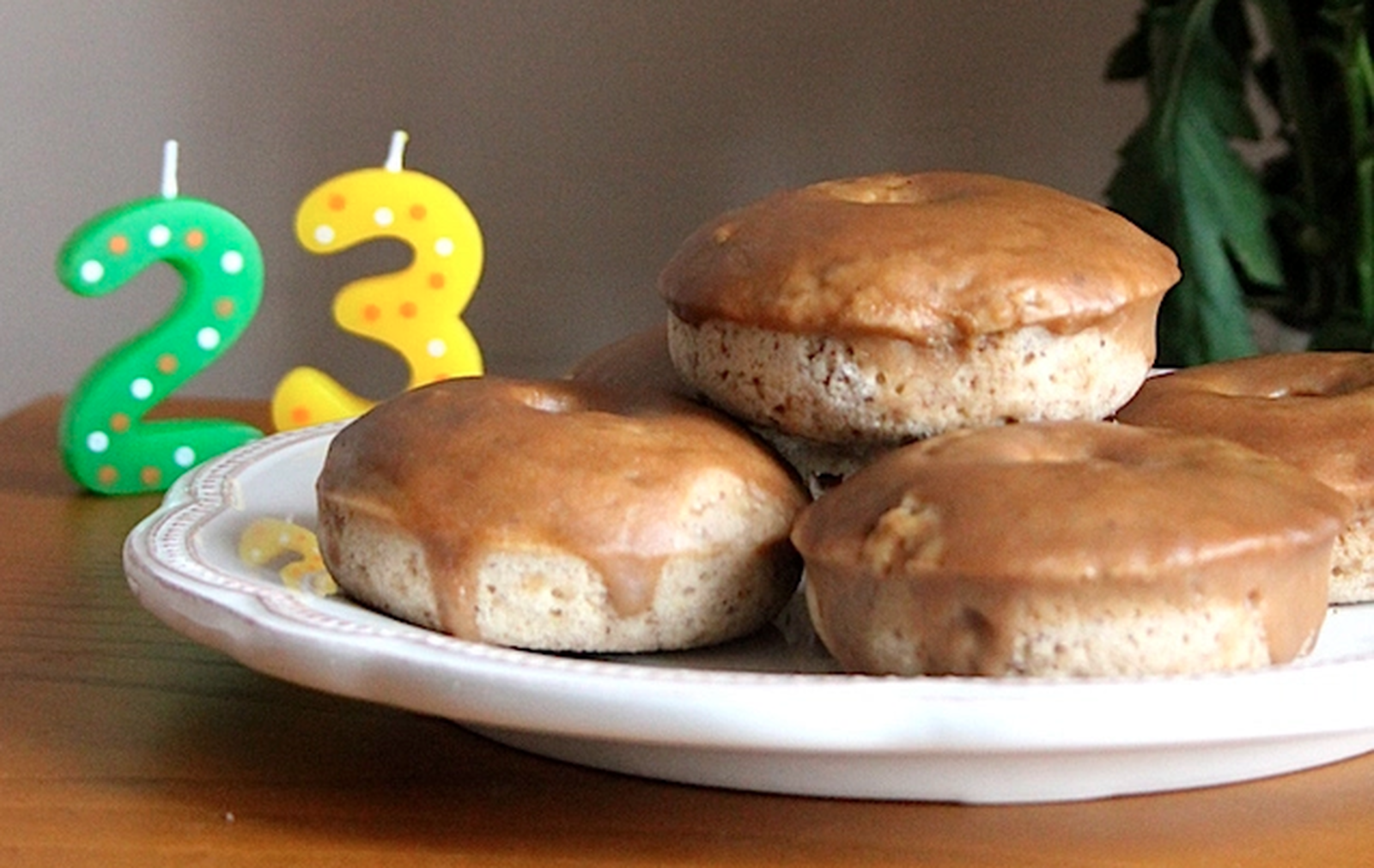 I love these warming and oh-so-sweet baked doughnuts. It doesn't matter if it's a late summer evening or a bitterly cold winter's day, that cinnamon smell soothes my soul! You can use ginger coconut sugar for the icing, it lends extra warmth and depth to the cream icing.

For the Doughnuts: For the Icing:

To Make the Doughnuts: For the Icing: