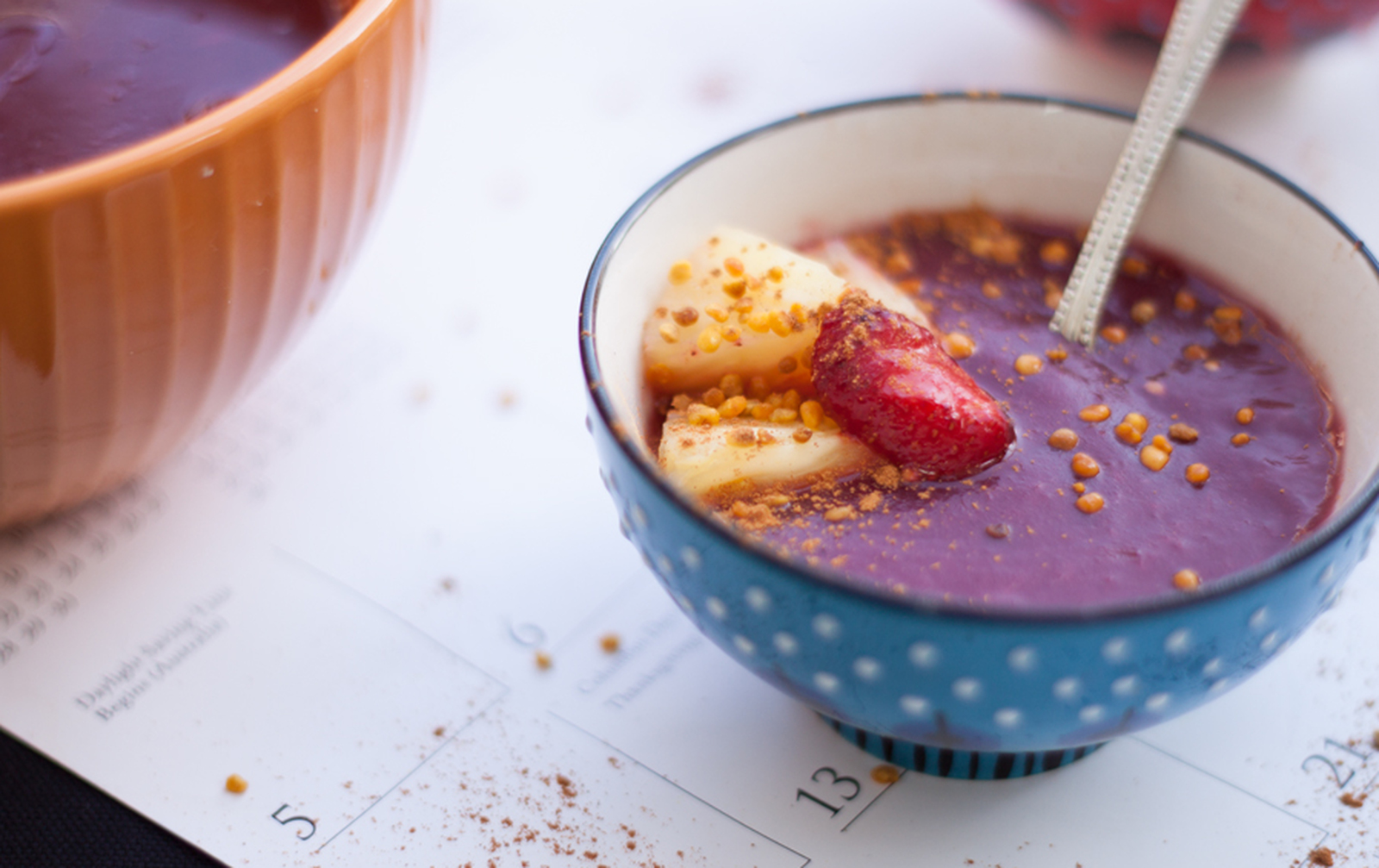 This spiced fruit stew, or "Colada Morada" as it's officially called, is a family favorite in Ecuador. It’s not necessarily super healthy as it's got a fair amount of sugar in it, but it is homemade, full of nourishing fruit, and vegan. In Ecuador, people make Colada Morada for Dia De Los Muertos – Day of the Dead, which falls just 24 hours after Halloween.

Tip 1: You can use pineapple or strawberries instead of pears. I had a few frozen strawberry and pineapple which I used for visual effect in one of the pictures, but for flavor I felt nothing could top the pears. Tip 2: I made two versions, one using the organic corn flour and the other using organic coconut flour. The former was my favorite as it resulted in a lighter drink. The corn flour is also cheaper and easier to find. Using the coconut flour tasted great, but the Colada Morada was a little bit thicker and the flour is quite pricey. Ultimately, it’s a personal choice, so go with what you fancy.

My name is Kimberly and I live in London, England. I’m a mom, wife, yoga teacher, nutritional therapist, and blogger behind The Little Plantation. Oh, and did I mention that I’m a tiny bit very obsessed with plant-based food? So much so, that I've made it my mission to show that plant-based recipes can be sexy, simple, fun, healthy, and oh so delicious.