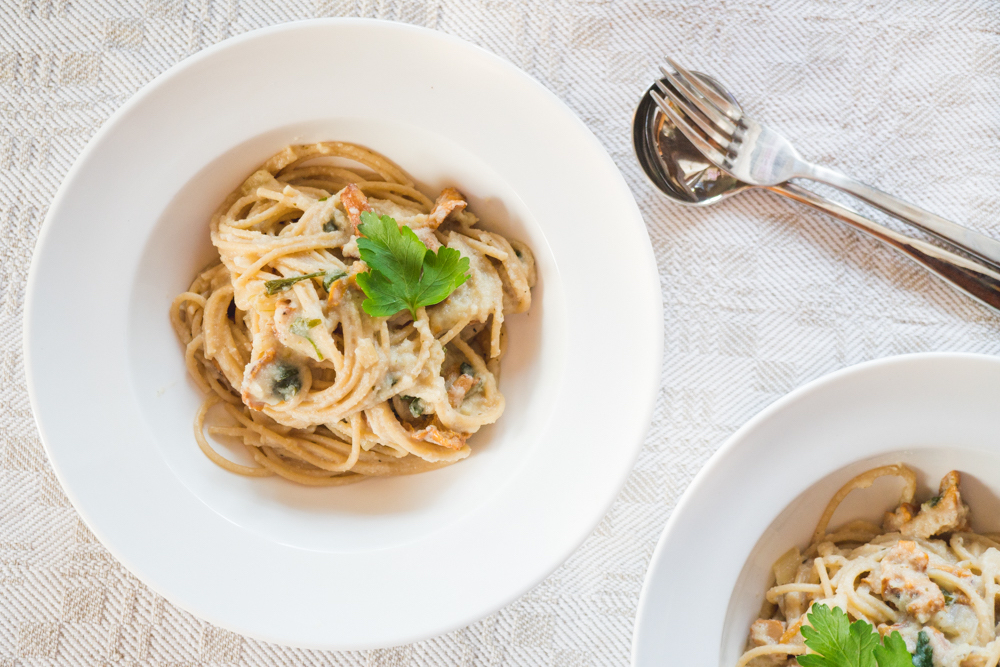 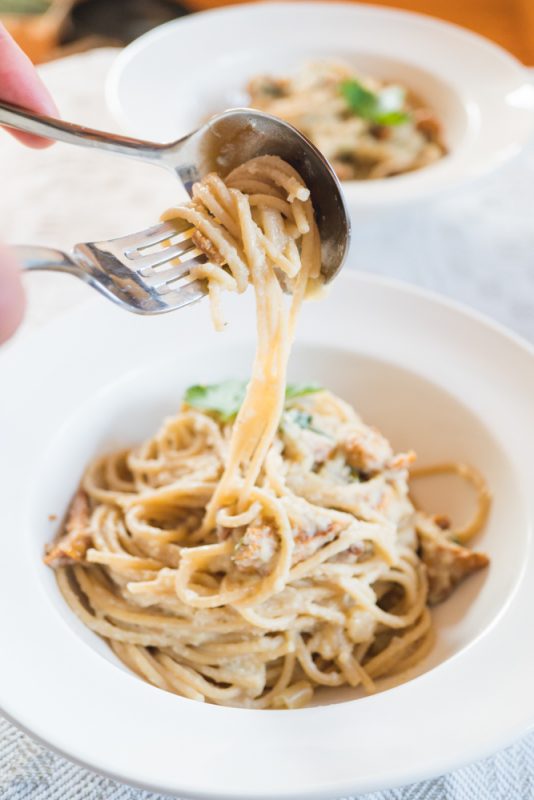 This pasta makes for an easy weeknight dinner! The sauce is cauliflower-based, which makes the sauce extra creamy!